How to get all output of system monitor using the command line similar to top command but it doesn't give all the values?

How to get all parameter values of Ubuntu's system monitor using a terminal command line such as top command (per second "per-process") with a comma separated format?

but this does not include read/writes speeds kb/s, nor Disk Read/Write total parameter values. I can access these values using another terminal command like

but in this way, I have to run two different commands which gives me values on two different terminals or different records rather, which if I export, I need to join using some TID/PID. so to get rid of this work, I wanted to know is there any other command which exports all the parameter visible in Resource monitor GUI in a single record line in comma-separated way?

I want to access all the information shown in the image below: 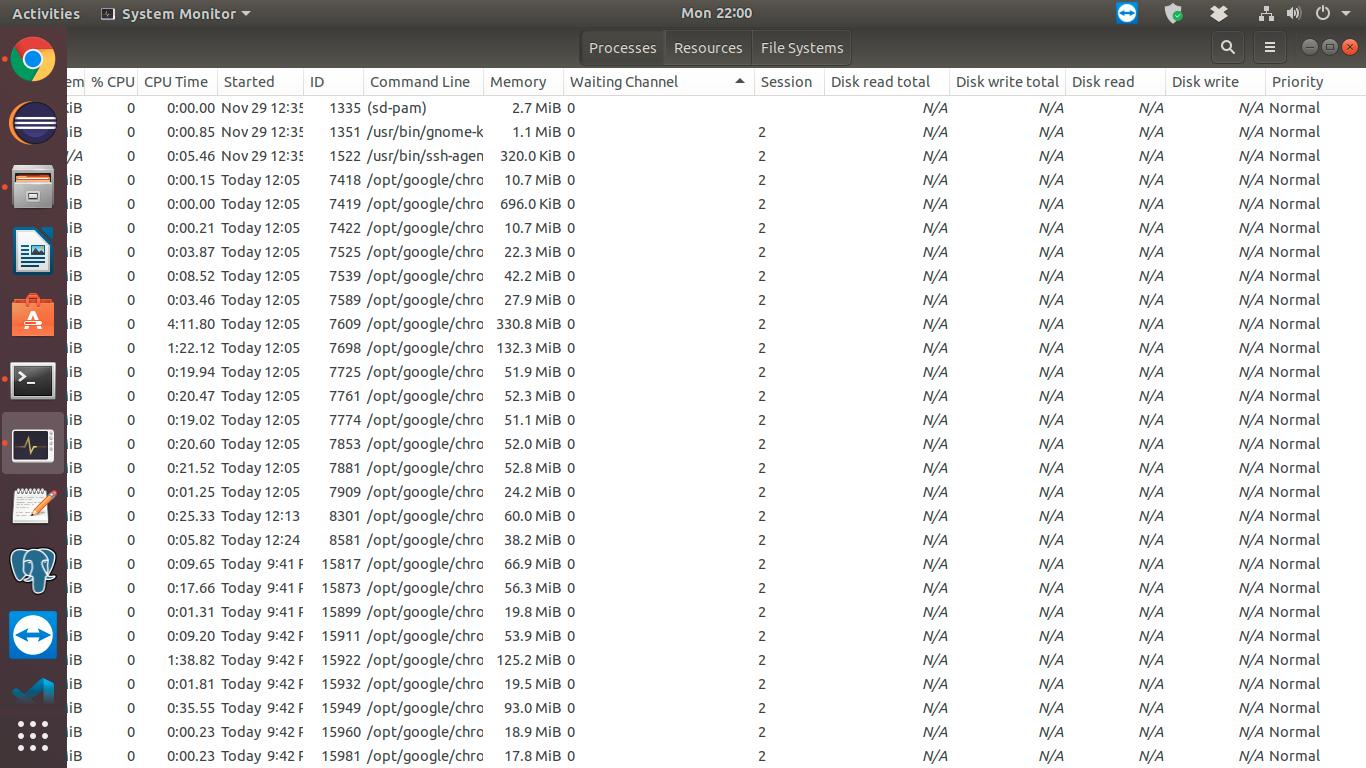 How do I get this GUI representation of data in text format using a terminal command? I have a Java code that writes down the terminal command output to my desired CSV file or text file, with added metadata.

It would be a great help if there is some command to do this. Thanks.

You can use top and while loop to comma separate fields.

Not the answer you're looking for? Browse other questions tagged command-line system monitoring or ask your own question.

117
How do I get long command lines to wrap to the next line?
4
How do I run LibreOffice Calc without Text Input dialog?
2
Print multiple lines starting with “D” after multiple greps
12
How do I move window buttons from left to right using command line or by editing a specific file?
24
saving xls as csv with libreoffice calc
5
How do I capture a screenshot of a window, and all the windows on top of it?
15
How does one get System Load Indicator (or something similar) working in 17.10?
18
Tool for viewing LibreOffice Writer files in terminal window
3
How to sum the values in multiple text files?