Easiest way to setup Ubuntu as a VPN server

I know there are many tutorials on the net for setting up VPN client and server.

I you find one that is simple/short, I am interested only in the server part.

For client, I will use OS X so I prefer a solution that uses L2TP over IPsec or PPTP because I suppose Cisco IPsec would cost something.

I don't want to spent too many hours setting it up. You know, maybe someone already made a setup script :)

UPDATE: As of Sierra, macOS no longer supports PPTP vpn. This answer is not valid for macOS clients Sierra and beyond.

PPTP via PoPToP is easy

This is all it takes to setup pptp. Now test it with your OS X client.

WARNING: PPTP IS AN INSECURE PROTOCOL! Not only has the encryption been breached, but it sends your authentication in clear text and is easily intercepted. It has been estimated that the amount of time required to brute-force the password is roughly equivalent to the time required to brute-force a single DES key. Consider using OpenVPN or another VPN architecture instead of PPTP!

I used this guide to set up a PPTP VPN server on my Ubuntu 12.04 server.

To summarize the main points in the link, though:

1: Install pptpd and ufw. iptables can be used in place of ufw, but for the sake of easiness, ufw is better if you don't know iptables.

You can comment this line if you want to disable encryption: require-mppe-128

5: Edit /etc/pptpd.conf. Open the file with your favorite editor (mine's nano, so the command for me is sudo nano /etc/pptpd.conf). You need to add the local VPN IPs for the system, so add:

If your system is a VPS, use the public IP for "localip". If it is not and is on a local network, use your computer's network IP. Use different IPs and ranges if these IPs exist on your subnet! If you don't know your public IP of your VPS, find it by running dig +short myip.opendns.com @resolver1.opendns.com

8: Edit /etc/sysctl.conf. Open the file with your favorite editor (mine's nano, so the command for me is sudo nano /etc/sysctl.conf). Un-comment the following line (by removing the # at the beginning of it) in /etc/sysctl.conf: net.ipv4.ip_forward=1
Reload the configuration: sudo sysctl -p

9: This step assumes you have ufw.
Edit /etc/default/ufw and change the option DEFAULT_FORWARD_POLICY from DROP to ACCEPT

If you have kernel version 3.18 and newer (you can check this by running uname -r), also add the following lines before the # drop INVALID packets ... line:

11: Restart the firewall, to refresh the rule sets and to apply the rules we added to the /etc/ufw/*.rules files: sudo ufw disable && sudo ufw enable

Warning: If you have other ports you need open, such as for HTTPS if your server hosts a website, you need to individually add those ports to the allowed list with sudo ufw allow <PORT>

Here is a quick tutorial to set up a basic PPTP VPN server on Ubuntu 12.04.

Add the following lines in end

Modify OR Add the following lines in end

Append a line at the bottom so your file looks something like:

Add the following to the bottom right before “exit 0” line:

Assuming eth0, you can use ifconfig to check network name.

Then reload the configuration:

Reboot your VPS and everything should work swimmingly from any PPTP client.

For Mac, make sure you added PPTP VPN connection. Besides that you only need to setup server address, account name, and password in authentication settings. No pain here.

How To Debug and Fix PPTP/VPN Client Connection 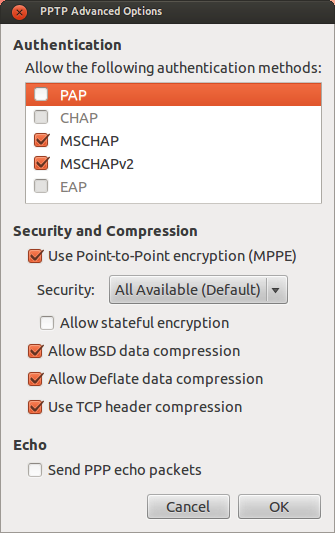 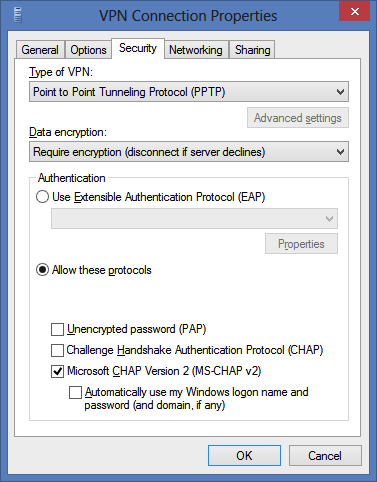 The other answers on this thread were only partial answers in my case. Here's what worked for me on Ubuntu 12.04.3

Append the following to /etc/pptpd.conf (IP Address does not matter, this is only IP Addresses for your ppp0 interface.)

Edit /etc/ppp/chap-secrets, add a VPN user in this format:

Run ifconfigand find your default interface, in my case it was br0 (I changed it to allow virtual machines on my physical machine to share the interface. Yours will probably be en0) 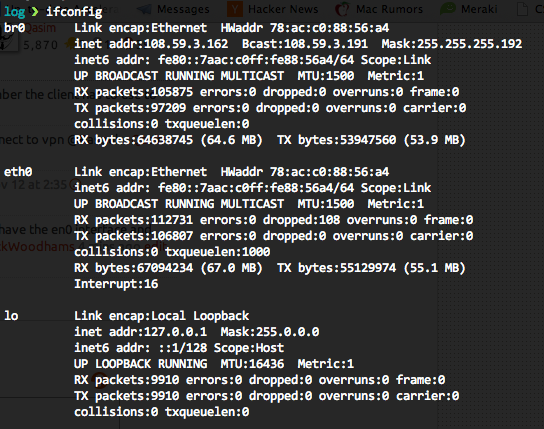 Now make your iptables changes use your default interface as revealed by ifconfig.

To keep it persistent when your system reboots; 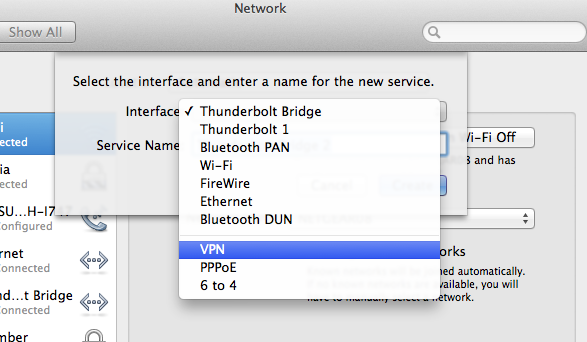 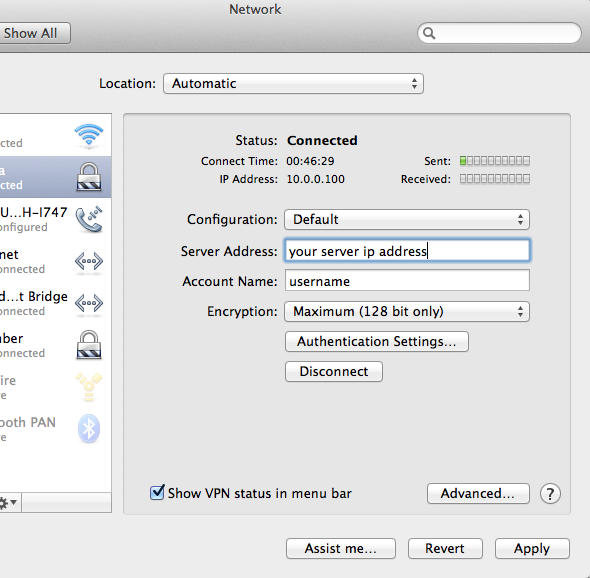 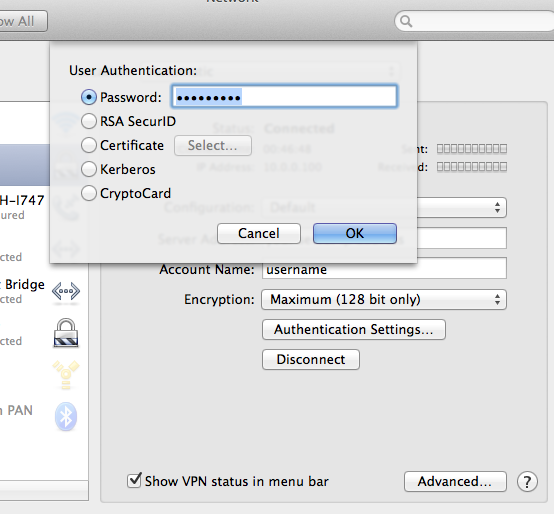 Here's a pretty sweet project that scripts away the OpenVPN pain:

Just run it and it will install open vpn and configure it. At the end it will pop out a client.ovpn file that you can use to setup you client. Seems to work pretty well.

Not the answer you're looking for? Browse other questions tagged vpn or ask your own question.

2
PPTP VPN on Ubuntu Server 12.10 fails to connect, with error: no ifupdown configuration found
0
How To Setup My Own Open VPN Server in Ubuntu Only
0
How do I setup a VPN server on Ubuntu 14.04 LTS with No-IP?
0
How to configure VPN server on Ubuntu
16
How To Debug and Fix PPTP/VPN Client Connection
3
Can I use Ubuntu Server to replace our Windows environment?
2
ufw before.rules file blank, does this impact setting up VPN server?
2
How can I use Ubuntu server 14.04 to remotely access my homenetwork?
2
How to use a VPN which was created on Ubuntu machine?
2
OpenVPN - Routing issue
See more linked questions

3
Easy way to setup vpn server/client?
4
No network access through PPTP
0
Setup VPN in complex setup
6
How to connect to a L2TP VPN given some info from a sysadmin
5
I can't get any L2TP + IPSEC client to work on Ubuntu 14.04 with pre-shared key, can you?
4
Command line connect to L2TP Windows Server VPN
1
Route all traffic (redirect-gateway) not working - OpenVPN
4
Share a VPN connection over ethernet