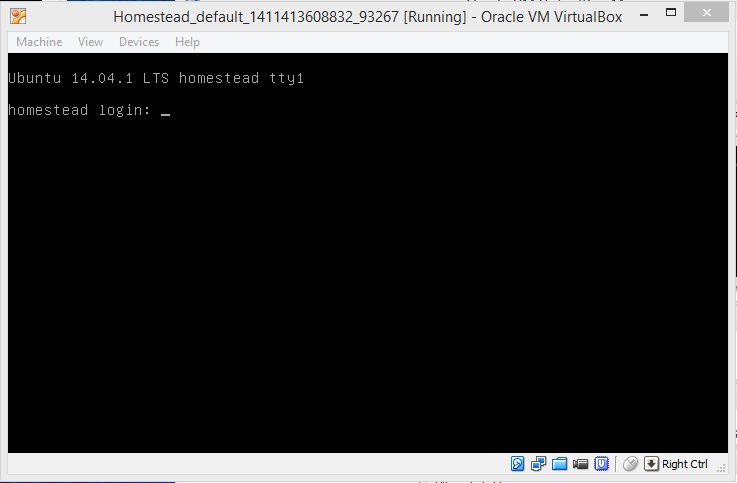 (Note that this is not my actual screen as I didn't capture a screen shot of it at that point. This screenshot was found online.)
I didn't know what to enter for a password so I shut the VM down within VirtualBox. After that point is when the problem started. It won't open to the screen shown above in VirtualBox. Instead it gives a "You are in emergency mode" message after outputting some lines in the terminal. After reading some posts online I issued the sudo blkid and the ca ../etc/fstab commands. See below. However, I couldn't make sense of the other posts and how they apply to this problem. Is this issue repairable? If so, how? 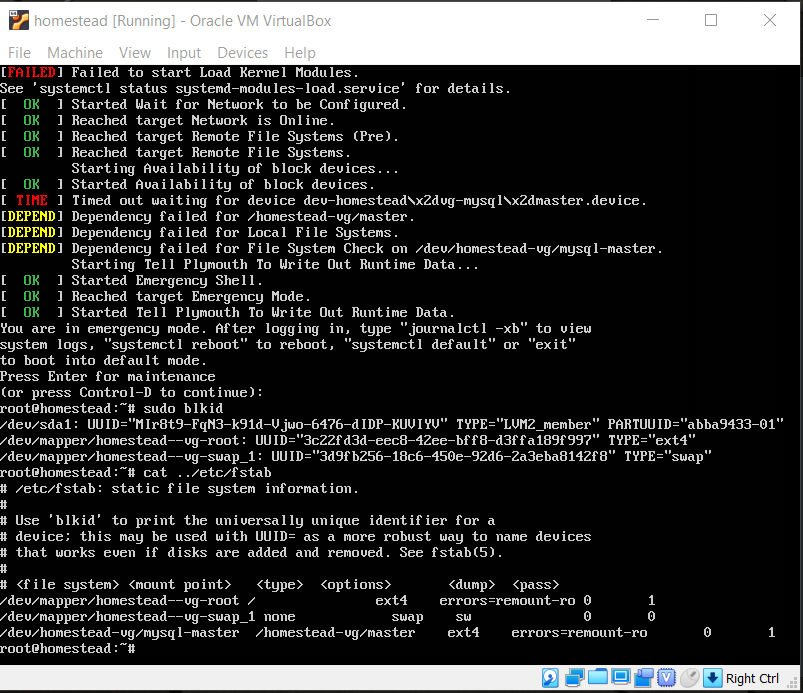 Browse other questions tagged boot bash virtualbox or ask your own question.