How do I add a scrollbar to a Rofi theme?

There are twenty-five themes to choose from in /usr/share/rofi/themes by running rofi-theme-selector. However, the "default" theme isn't listed there.

The image below shows the window generated by running rofi-theme-selector: 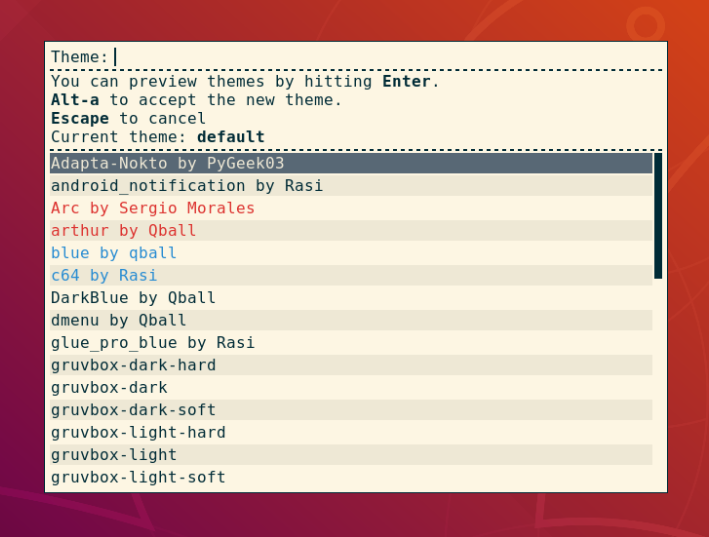 A scrollbar is present with the default theme. However, none of the other themes display this scrollbar. The image below shows a preview of the solarized theme. 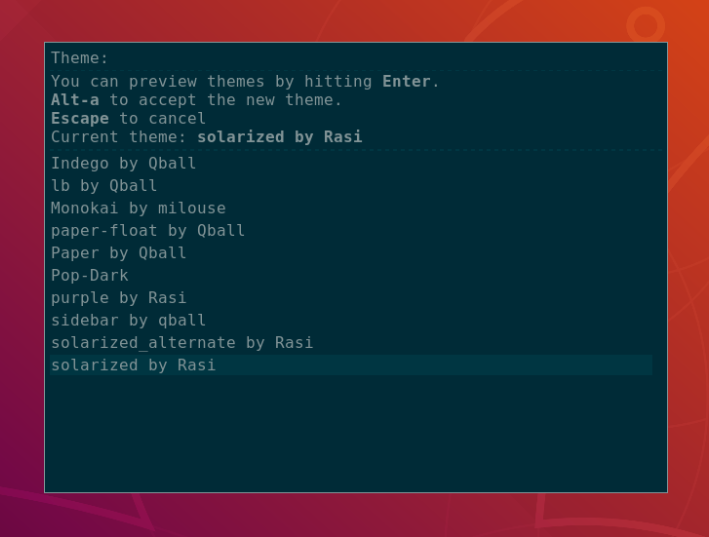 Is it possible to make the solarized theme display a scrollbar?

I first wanted to compare the code of default and solarized themes to see why the only the former theme displayed a scrollbar. However, it appears that the default theme is baked into Rofi itself and so such a comparison isn't possible.

I then installed Rofi in Ubuntu 19.10 and ran rofi-theme-selector. Some of the themes in 19.10's /usr/share/rofi/themes, including Arc-Dark did have scrollbars.

A comparison of Arc-Dark and solarized indicated that, in the former, code for the scrollbar section had the line

whereas the solarized theme lacks this line. 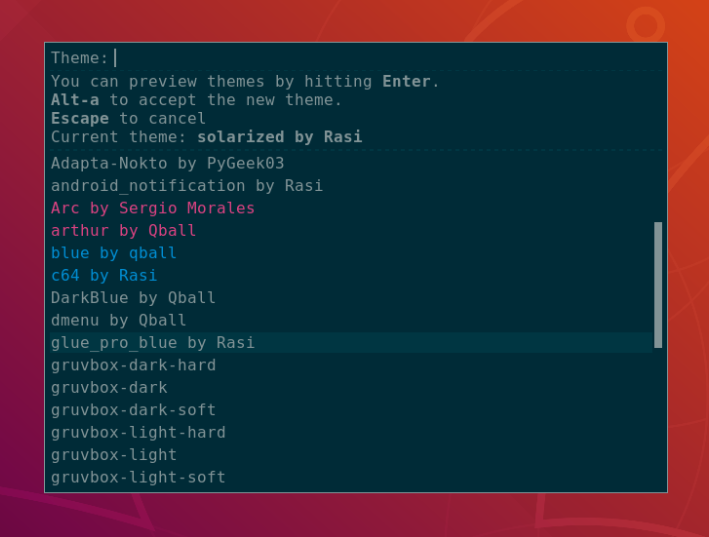 Not the answer you're looking for? Browse other questions tagged themes scrollbar or ask your own question.

3
Unity is using something that looks like Emerald instead of the correct theme (like Metacity)
8
Why is my desktop background black after upgrade to 13.04?
3
How to make KDE Applications' Toolbars Dark in Ubuntu?
62
How do I get a bigger static scrollbar (aka normal scrollbar)?
3
Firefox scrollbars don't reflect Widget theme selection
3
What is "'gtk2' Qt style" in Lubuntu 19.10?