Are the DigiNotar certificates supposed to be present in Firefox in a clean install?

Just installed Ubuntu 18.04 LTS, and noticed in Mozilla Firefox 70.0.1 (64-bit), two strange certificates that rang a bell for some reason. Not wanting to trust anywhere on the web for information in case I am being MiTM attacked, can anyone confirm if these two certificates are supposed to be present on a clean install? 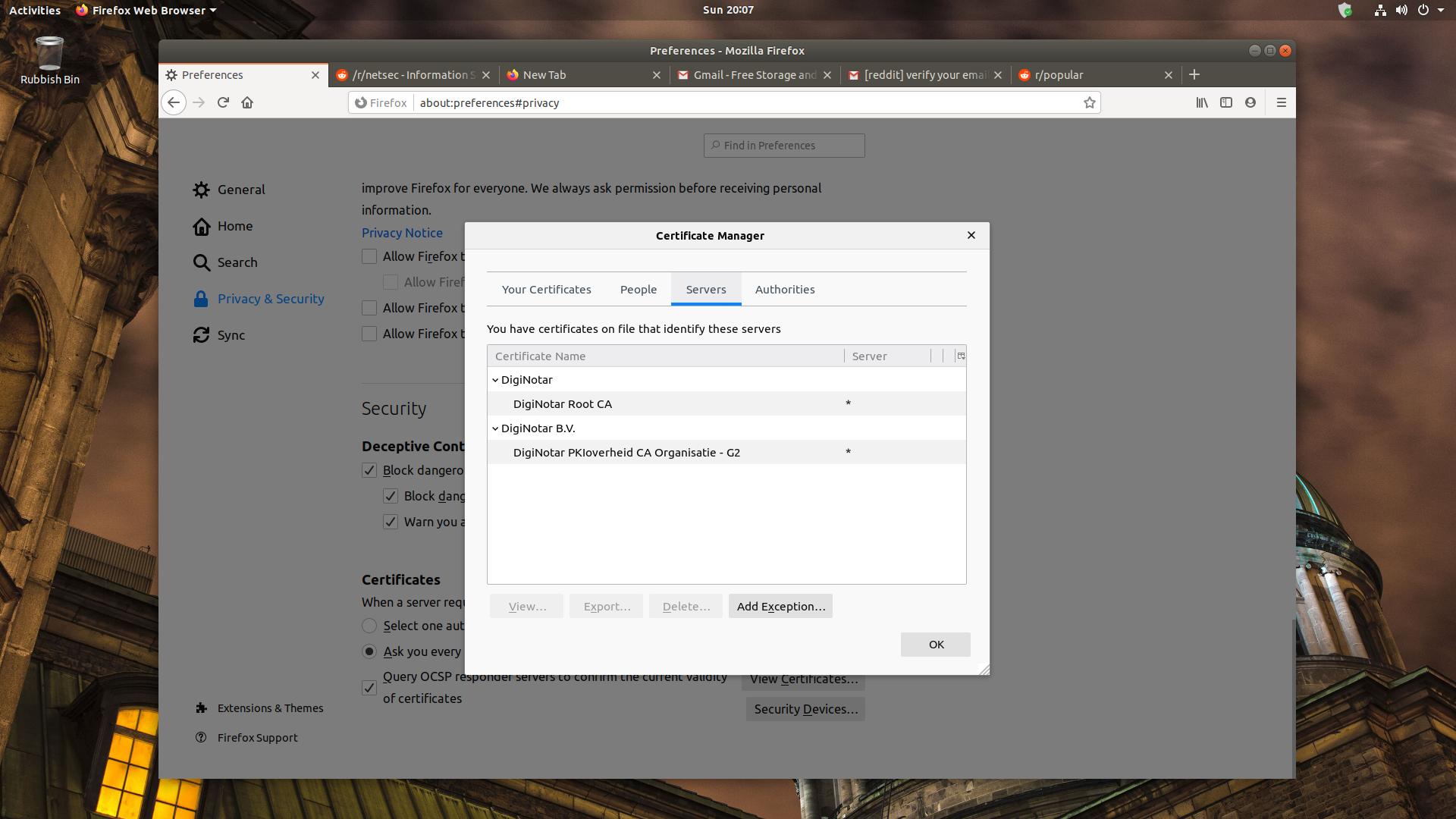 Yes, these certificates are supposed to be there, exactly because DigiNotar isn't trustworthy. Let me explain.

After the breach was detected, the Dutch government took over DigiNotar's operations. A short time later, the company went under. DigiNotar's root certificates were revoked and blocked by Mozilla, Google and so forth.

Not the answer you're looking for? Browse other questions tagged firefox ssl certificates or ask your own question.

2
Importing PKCS#12 (.p12) files into Firefox From the Command Line
0
Strange update: “Safe and Easy Web Browser from Mozilla firefox”
1
Deleted CA Certificates in Firefox
2
Certificates on Web with Firefox
8
“SSL Protocol Error” in Chromium for several Google web sites after installing Ubuntu Security Updates for libnss3
0
Guest Session does not load ssL certificates on firefox
2
What are all these SSL certificates on a fresh installation of Ubuntu?