What I try to achieve:

Expanding my Nautilus context menu by an action to simply select a JPG-file and a MP3-file to combine them to a MP4-file like I already do in terminal by this command:

This is what I've done:

I created a file composite_video.sh and saved it in /opt/lampp/htdocs/git/nautilus-scripts (to sync it with my GitHub, too)

This don't work. If I select JPG and MP3 and select action in Nautilus context menu nothing happens. What did I wrong?

For one... You don't have parameters passing. You aren't giving it any files to process.

I am using ubuntu 20.04 in Flashback... so there could be some other differences you may have to look into... But it works for me.

just for notes... In addition to filemanager-actions, I also installed nautilus-actions and nautilus-extension-fma since I am using nautilus... I don't know what effect this had because I believed it wasn't working for me at first.

Then when I did, I found I had to run nautilus, either from the terminal or under the Execution tab select "Display Output" so I could watch the logs to see why it was not executing... running a continuous tail on /var/log/syslog in a separate terminal also provided the same output.

The main problem after figuring out I had to (well first, right click on the icon) use the %F parameter type on the command tab (%F=file list...or %U=uri list), was that it read the list of parameters in alphabetical order... haven't figured out the "proper" fix for that yet. So the workaround, I had to rename the song so that it got read last.... as you can see in the picture. 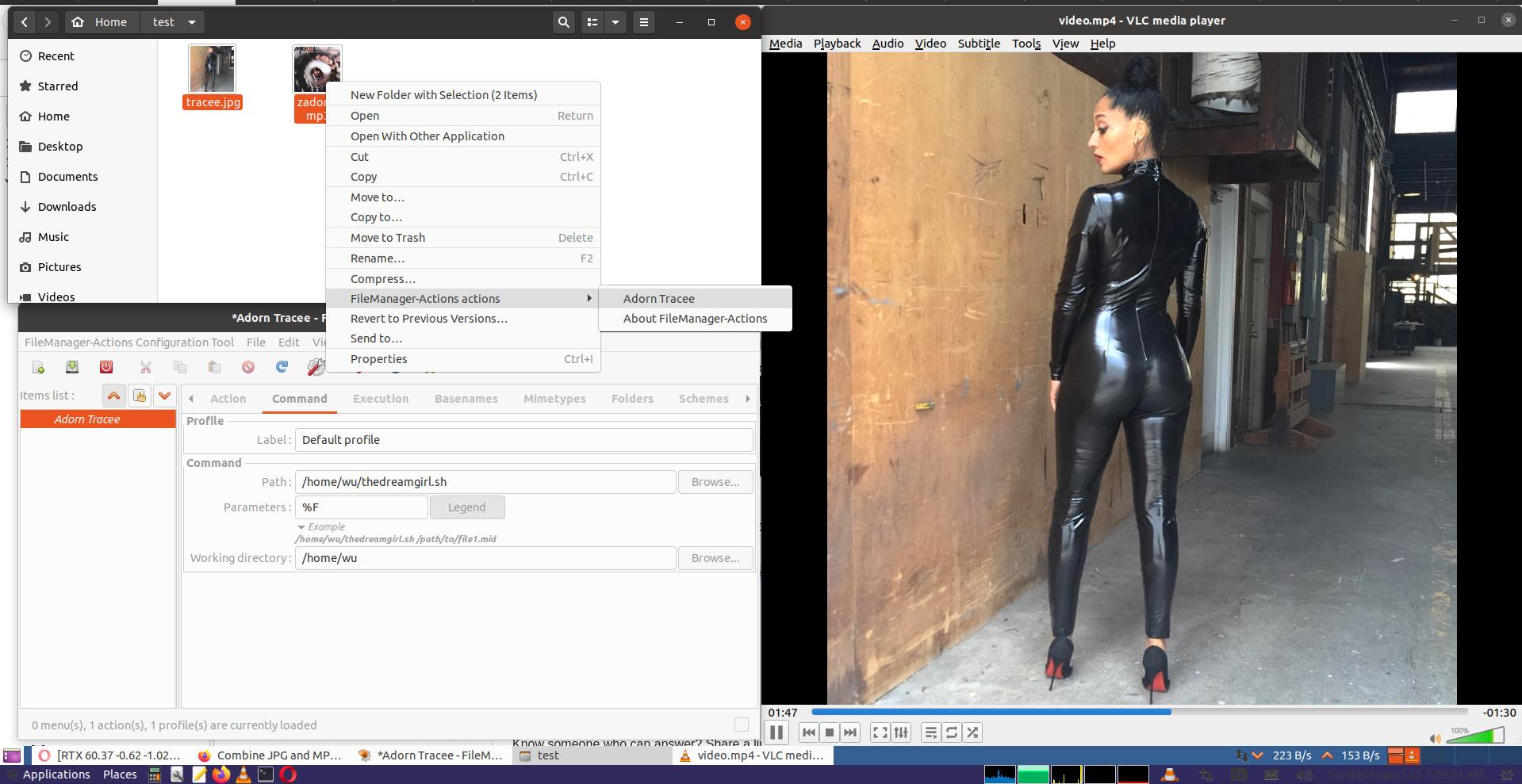 Not the answer you're looking for? Browse other questions tagged 18.04 scripts nautilus-actions dash-shell nautilus-script or ask your own question.

5
How to make a RELATIVE symlink with Nautilus

3
Find files and pack them using a shell script
0
shell script to set time and date on ubuntu
0
“Copy and Paste into Terminal” Option in Firefox/Nautilus Context Menu for Highlighted Text
1
I need to insert a large string in between two pattern using shell script
1
How to combine JPG-file and MP3-file to MP4-file using FileManager-Actions?
2
Write $(date) Into File Using Cron and Bash Shell Script