How can I find all Ubuntu iso files and other images?

I think the standard web site for Ubuntu iso files is

But it is difficult to find some of the files that way. Please describe how to find all Ubuntu iso files and other images! Are there any shortcuts or web sites that are possible to remember?

Three Ubuntu web sites that you can remember

A lot of official Ubuntu files, including the daily iso files of the developing version as well as released server files, are found at the cdimage web site. Here we focus on

This link will be modified and point to a new version, when 18.04.3 is no longer the newest LTS [point] release. It should be easy to find the corresponding sub-directory of cdimage (as long as the current structure will be maintained).

It is worth pointing to the following link,

where we can find the Ubuntu mini.iso files, which are extremely small, and also have the debian installer. If you are happy with installing your server or desktop system in BIOS mode (alias CSM alias legacy mode), you can start from an Ubuntu mini.iso file.

There are still 32-bit mini.iso files (for previous versions and including a current version 18.04 LTS) for really old computers.

The desktop iso files, community family flavours (also with desktop environments) and the new style 'live-server' iso files with the curtin installer are found at

The files at those two web sites will be moved to

when it is time to replace them with newer versions. Here I found a corresponding server iso file with the debian installer for version 18.04.1 LTS, with a long time left until end of life. This version will stay with the hardware enablement stack around the linux kernel series 4.15.

You can find a lot of versions and flavours of Ubuntu via these three links. It is a good idea to browse them (spend some time to climb down into the directory trees).

There is also an Ubuntu web site,

with customized images to be used on public clouds:

Ubuntu Cloud Images are the official Ubuntu images and are pre-installed disk images that have been customized by Ubuntu engineering to run on public clouds that provide Ubuntu Certified Images, Openstack, LXD, and more.

The following screenshots can help you see what you can expect to find via these three websites, 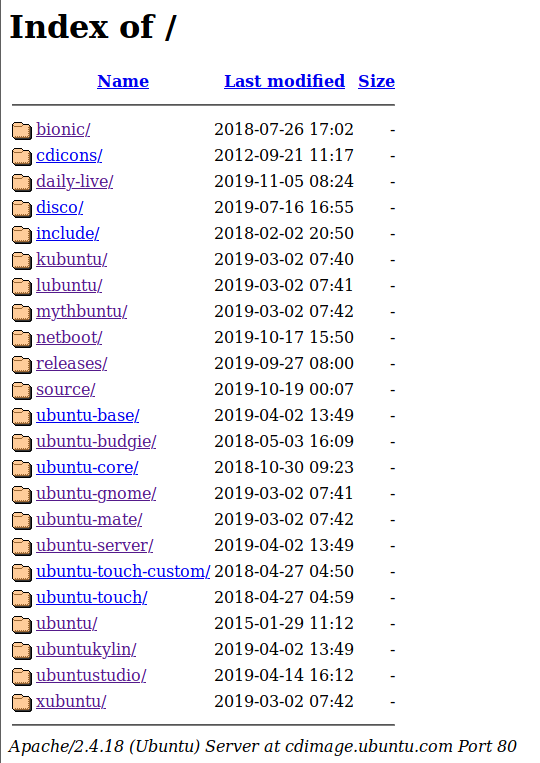 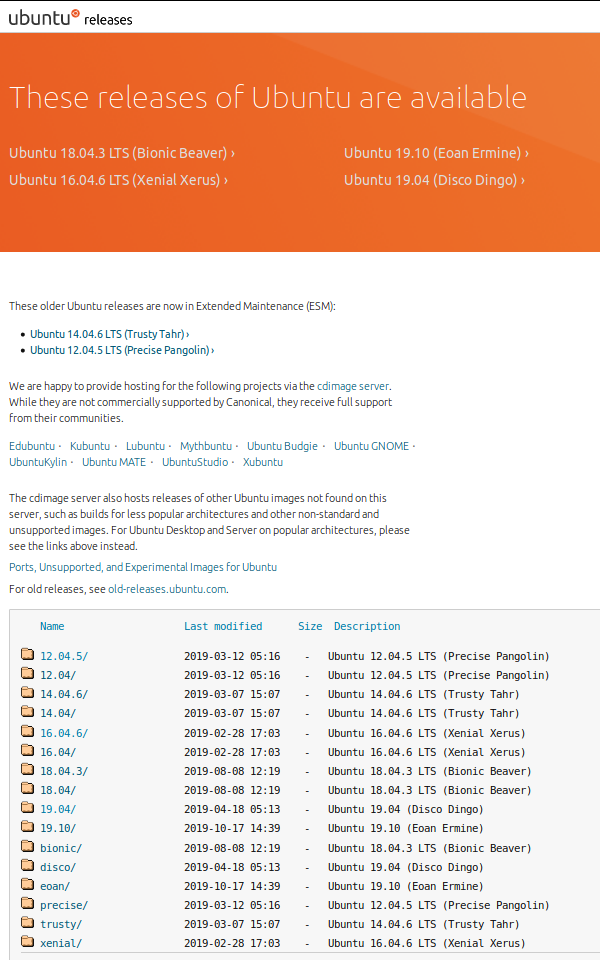 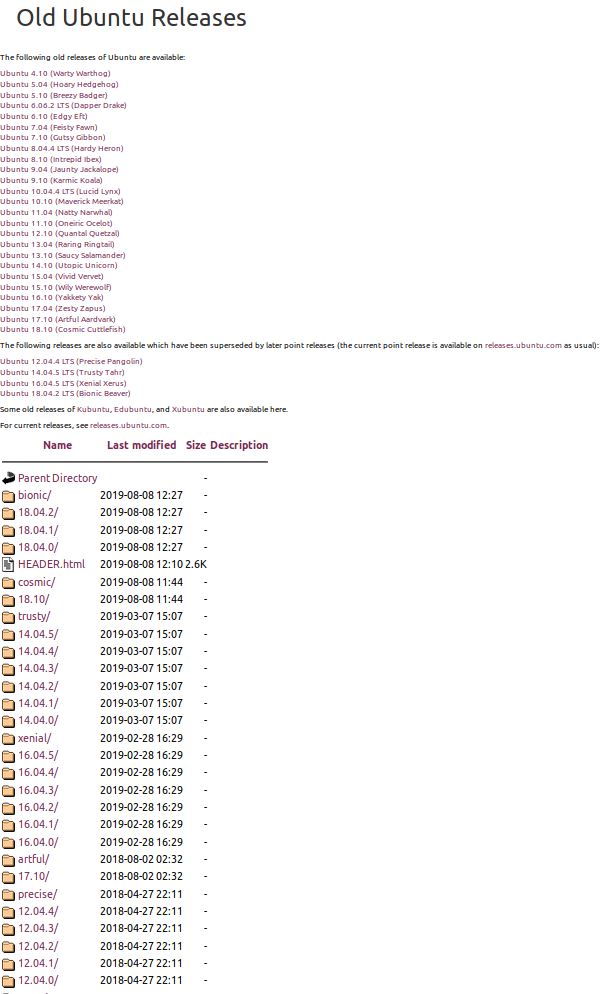 2
Are the Ubuntu ISO images updated From release .ubuntu.com
14
How to identify and replace broken files in a corrupted Ubuntu ISO?
0
Any idea why ubuntu-14.04.2-server-amd64.iso can not be mounted?
6
Why isn't Ubuntu delivering USB images instead of ISO ones?
0
Issues with Ubuntu non-ISO-Hybrid iso images
0
Verifying that this old ubuntu (16.04.6) ISO is official
11
How to get the kernel version name from downloaded Ubuntu ISO
0
How do I scan all ubuntu source code? I have downloaded & extracted all 5 source dvd iso images