I just installed Ubuntu (version 18.04.03). I noticed that blue is being rendered as purple. Further that this only happens on some applications. In GIMP (image editor) the color rgb(0,0,255) renders as the expected blue. However in the following apps, the same image appears purple:

In these applications, the image renders correctly:

In this previous question, the culprit was "Night Light" mode. However on my computer this is off. Enabling it turns the screen distinctly orange-ish.

The fact that blue renders correctly on GIMP (an image editor where color fidelity is important), leads me to believe it has something to do with a setting similar to Night Light mode...

How can I turn off whatever "feature" is causing this color change?

Here are some photos. It is hard to capture with a camera, but the Image Viewer (left) renders the blue test image distinctly purple, whereas GIMP (right) does not.

Also interesting is that the GIMP render remains the same shade of blue regardless of the viewing angle. Whereas the Image Viewer's shade of purple changes with the viewing angle. Looking down at the screen from the top, it is a distinct purple. Whereas looking up at the screen from the bottom, the purple almost looks like the blue it is supposed to be.

The moire pattern observed in the Image Viewer is not visible to the eye. However, maybe it is related to the color change depending on viewing angle effect... 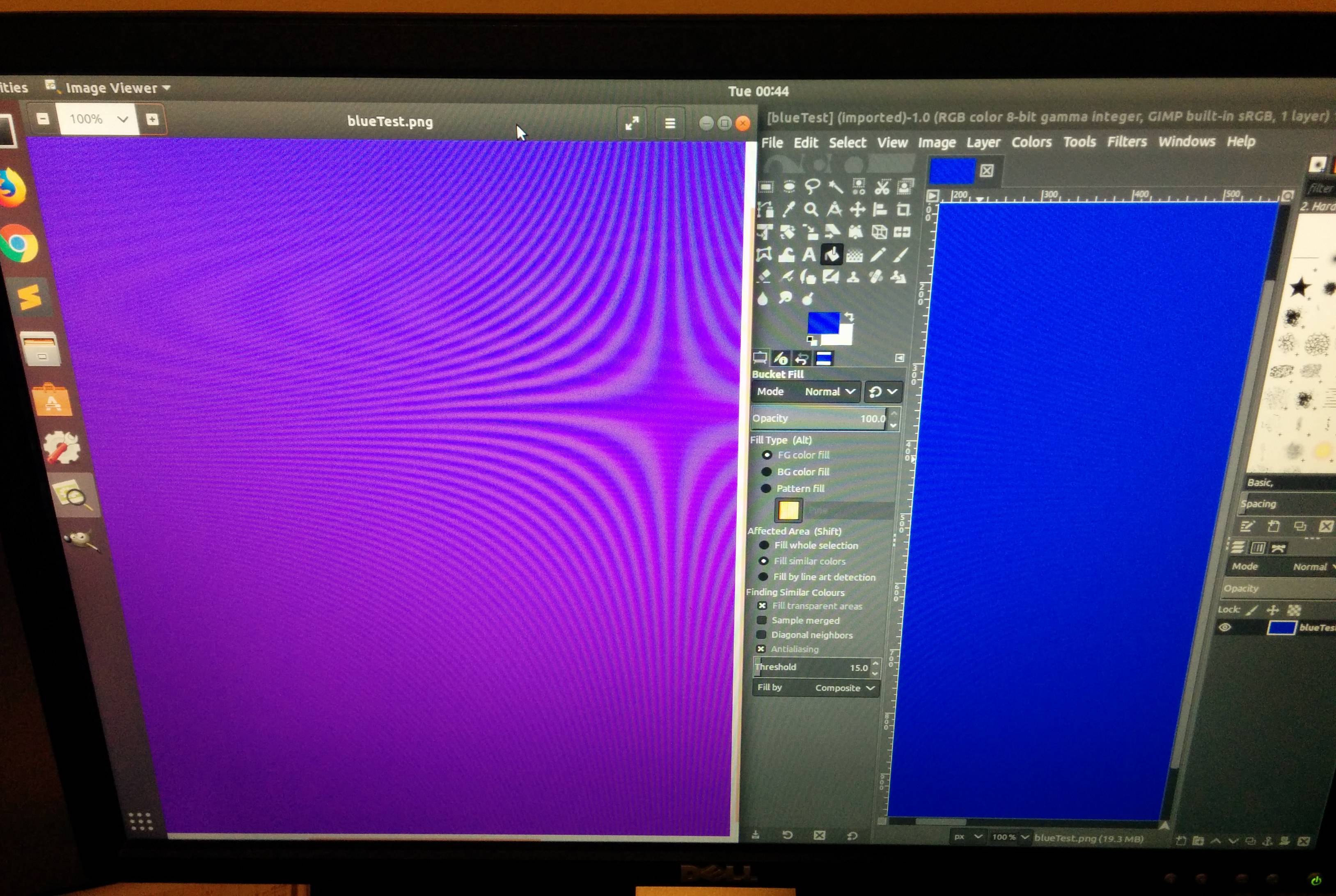 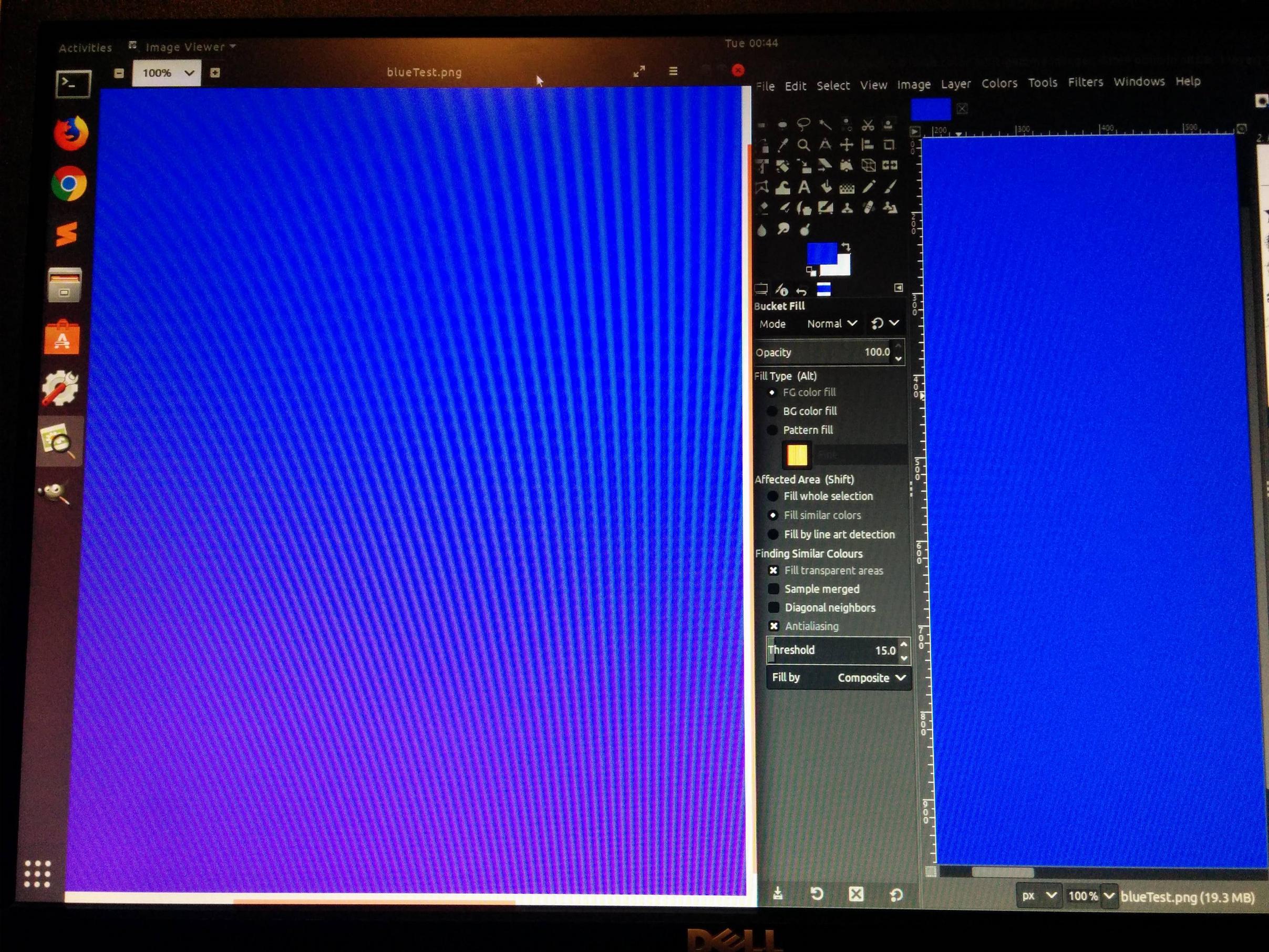 Turning off color management seems to have resolved the issue. The setting can be found at:

A restart is required to see the changes.

On Ubuntu 20.04 head to Color in Settings and turn it off. Worked for me.

Not the answer you're looking for? Browse other questions tagged 18.04 graphics display colors or ask your own question.

56
How to calibrate the monitor on an Ubuntu system?
6
My laptop screen has a purple tint. How to fix it?

2
Why is every input field purple?
2
Why is my screen tinted blue?
6
My laptop screen has a purple tint. How to fix it?
1
How do I vary the amount of red or blue light with xcalib
0
Is the long freeze-up normal on 18.04 and ThinkPad R61 after memory swapping starts?