This is a very peculiar situation I am in. I am NOT trying to install Ubuntu or any OS on the SSD neither does my laptop come with an SSD. I just want to use the internal SSD as an extra storage space.

My laptop is a Dell Inspiron 15 7560. It only came with a Hard Disk. However after watching some teardowns of models like 7567 and doing some search online like this I could see that there is an empty M.2 SATA slot. Now these same slots are occupied by SSD in costlier laptops by Dell. 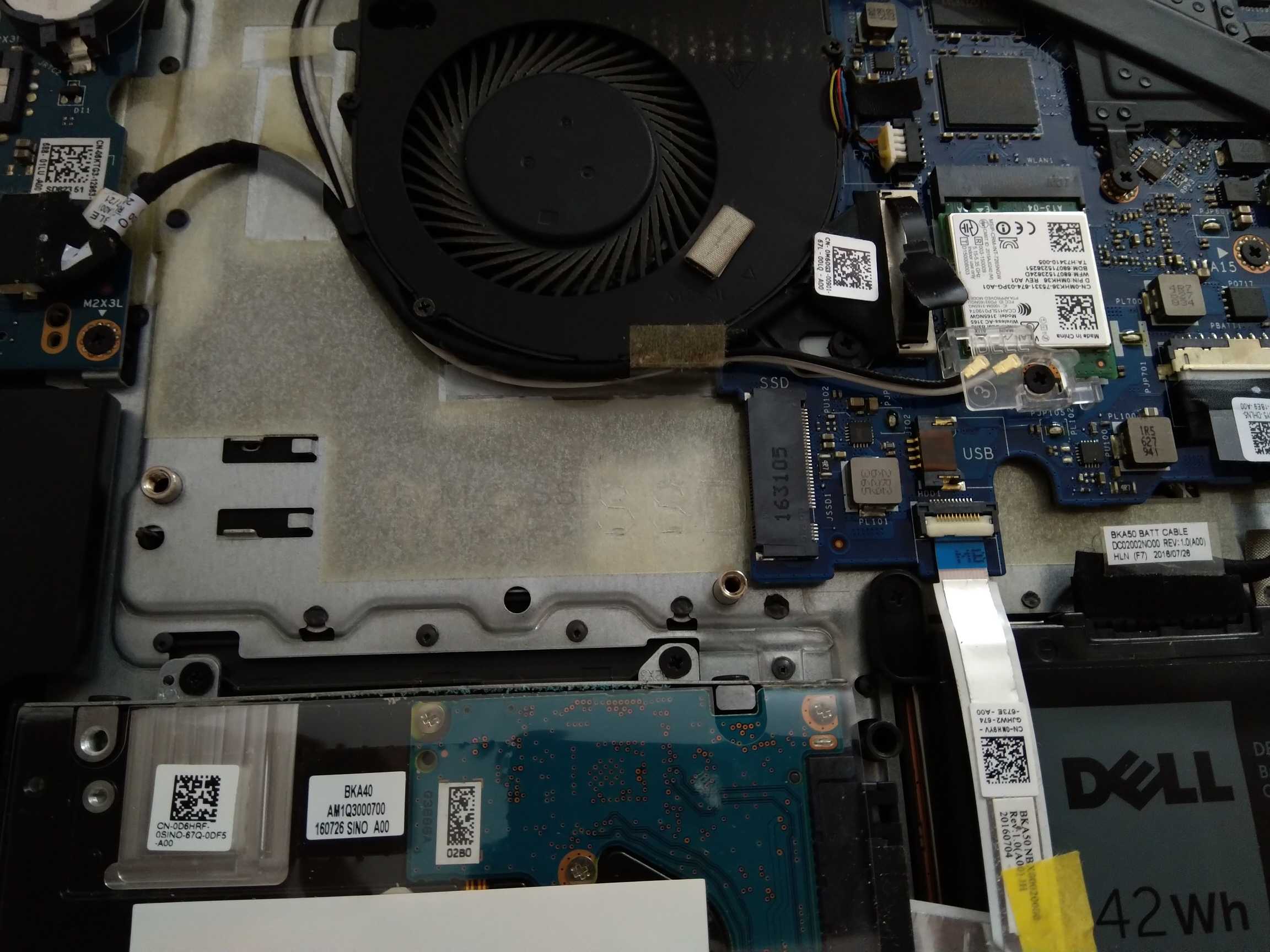 It even had an imprint saying M.2 SSD - 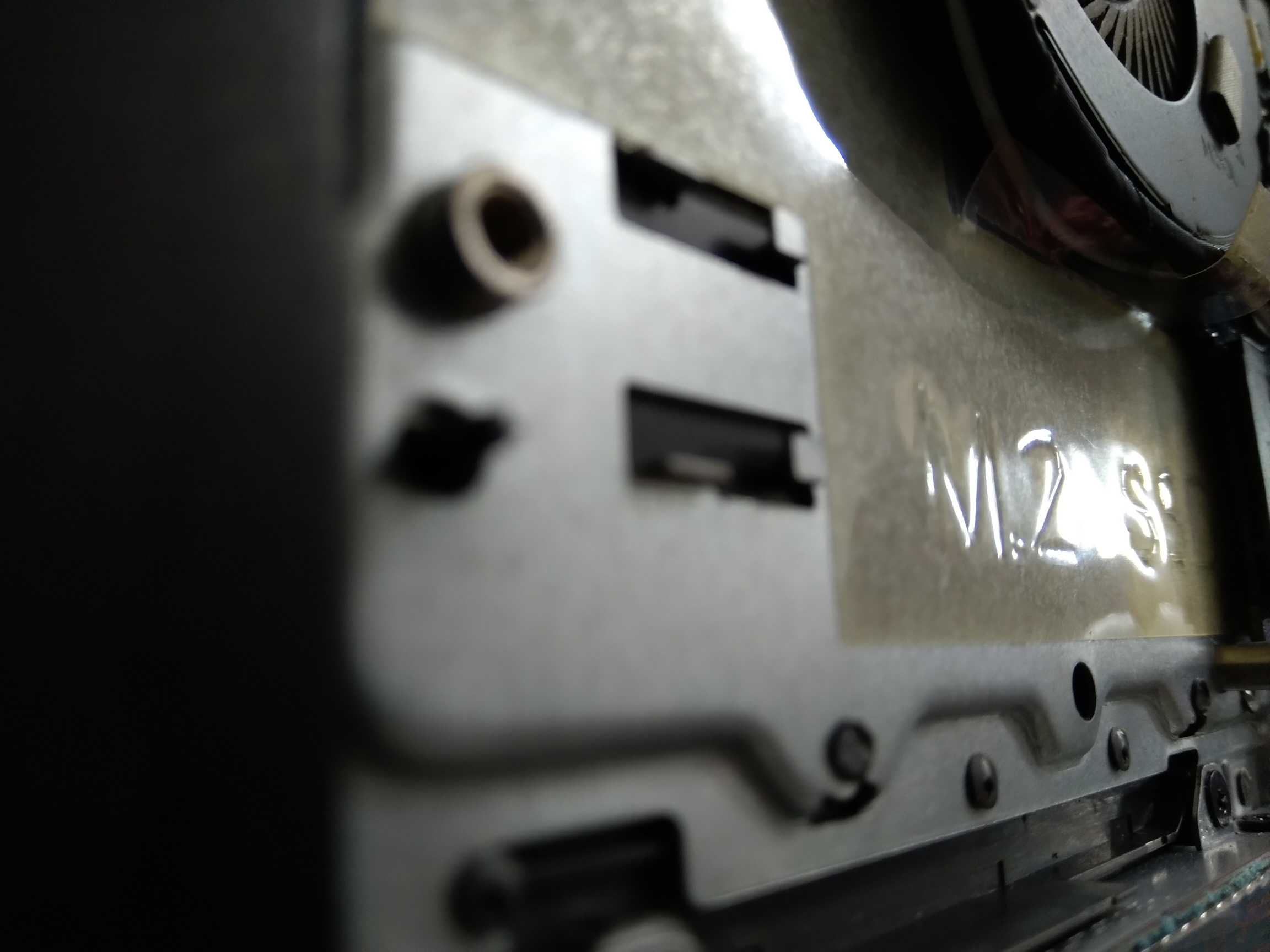 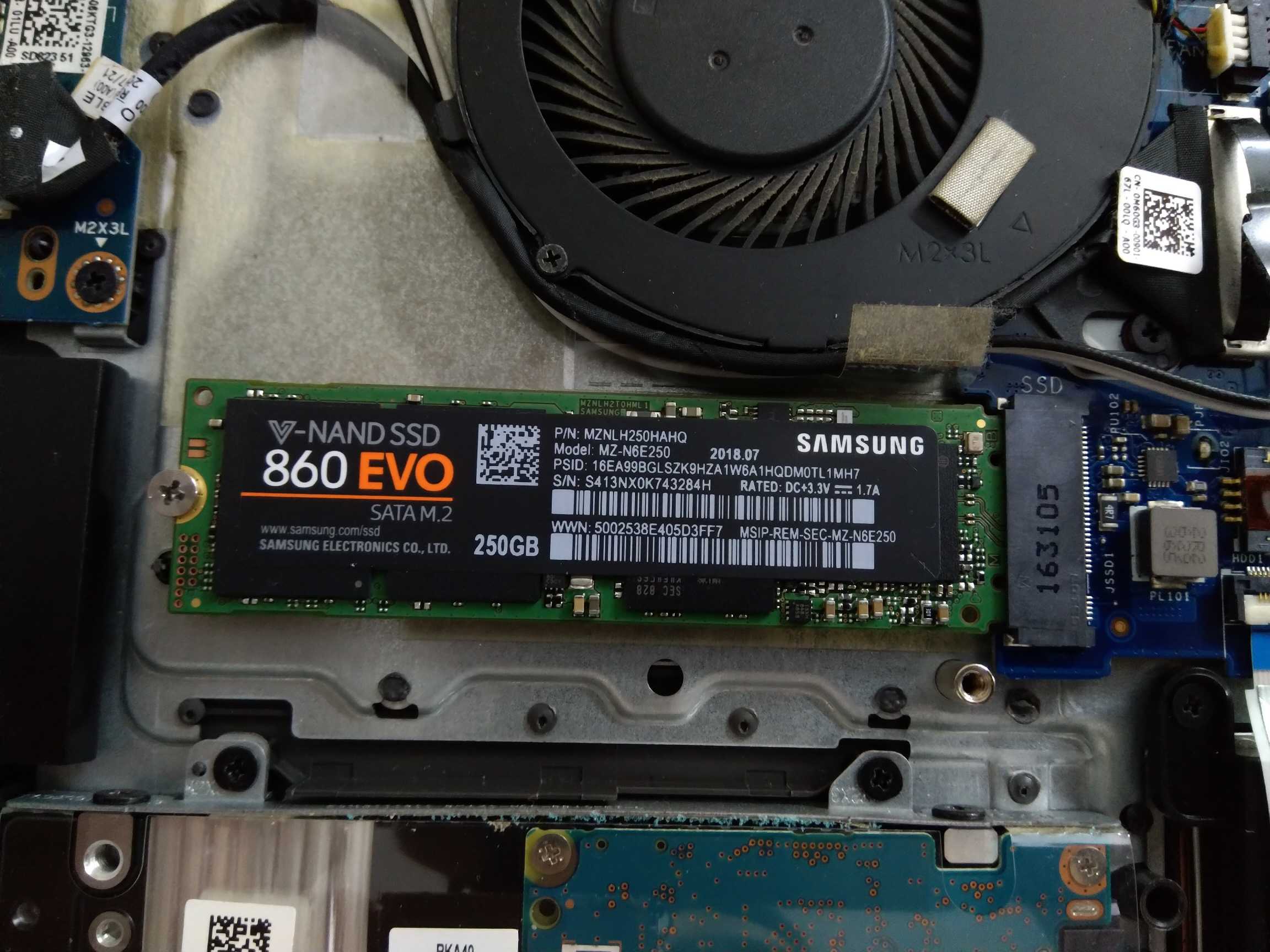 But ofcourse it didn't work. So I searched online and I tried the following steps -

Putting nvme_load=YES boot parameter to GRUB is irrelevant because your M.2 SSD is SATA-III, not NVMe. You don't need any drivers for a SATA M.2 drive, they're already in your kernel. You attached it into your system correctly, as per the photos.

Instead, use gparted to prepare the drive so it holds an ext4 partition, and then move your /home partition there.

Either GPT or MBR will work with Windows and Linux; Windows 10 uses GPT by default, whereas Windows 7 used MBR by default.

I know you were not planning to do so, but you might consider instead reinstalling Ubuntu on that SSD, because it's significantly faster than your HDD. The reinstallation would work as the prior installation did, except when you get to 6. Allocate Disk Space, you choose Something Else, and tell it to install to the SSD. It will automate the gparted process so you can skip doing that first.

Once the installation is completed and you reboot, you can copy your data from your old /home/WHATEVERYOURUSERNAMEIS directory to the new drive.

You will like the speed of the SSD; I got spoiled by mine, and will not go back to HDDs.

Incidentally, here's a picture of gparted 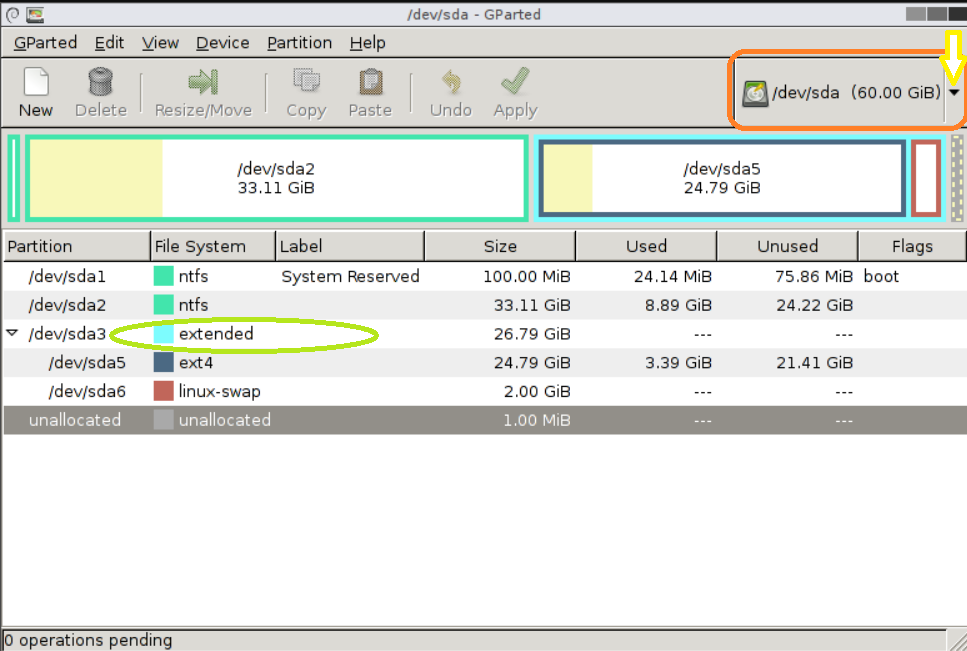 The yellow arrow pointing down into the orange box shows where you can pick the drive you are looking at with gparted. The green oval at center left shows this drive is MBR/ms-dos, because only those partitions have Extended partitions. GPT does not need Extended partitions to hold any partition greater than the third; there's no limit on the number of GPT partitions you can have on a drive.

Not the answer you're looking for? Browse other questions tagged boot partitioning hard-drive ssd sata or ask your own question.

216
How do I add a kernel boot parameter?
69
Move home folder to second drive
47
How do I set read/write permissions my hard drives?
45
Change owner of internal hard drive partition from root to user
0
Cannot write to external WD hard drive - Ubuntu Server 16.04