I really want to dump my Windows 7 on my other computer, because Ubuntu is much better. But on that computer, I get no sound on Ubuntu but when it's on Windows, it works fine.

I have checked settings, it lists my onboard audio and that is what is selected, and turned on (not muted). I installed Ubuntu on this computer too without any problems.

On this computer (that has sound), I remember that I installed Ubuntu 14 and then updated to 18.04. I'd hate to have to do a complete reinstall on that other computer, so is there anyone who knows enough if that was the difference? This working one is a newer motherboard/cpu. 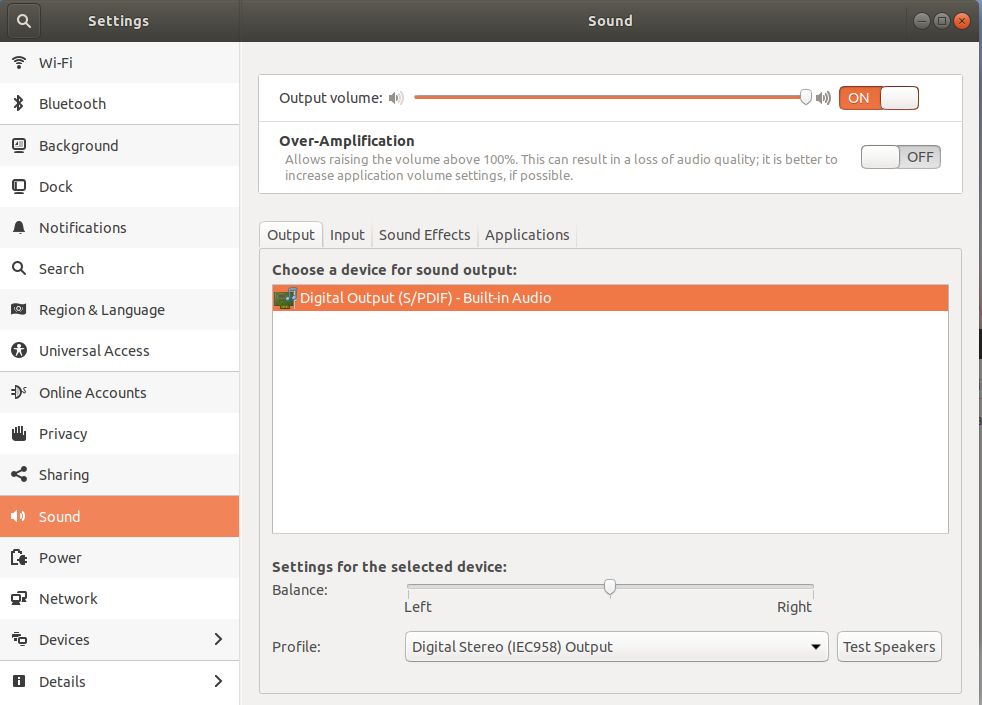 I finally tried what I had not wanted to do : removed 18.04. I then selected HDMI in the configuration and the sound was there.

Finally it asked me to upgrade to 18.04 and I took that too. But when I restarted with 18.04, there was that newer interface and the HDMI sound had stopped.

In previous versions, there was an HDMI option in audio settings that disappears on 18.04. Maybe there's some determined developers who wants to look at what they changed/removed between 16.04 and 18.04.

In configuration settings of 18.04, there is no longer the option for HDMI sound.

Here's what worked for me:

Not the answer you're looking for? Browse other questions tagged sound or ask your own question.