Several days I've been trying to setup Linux distribution, and its failed. Problem with Ubuntu installation, photo of the screen attached. Also I've checked different Linux distributions, the same results (sometimes with different errors) On the laptop, I have installed Windows 10 by default.

I've tryed to use option nouveau.setmode=0 after --- in GRUB (edit mode). Also nomodeset option, it doesn't help with installation. 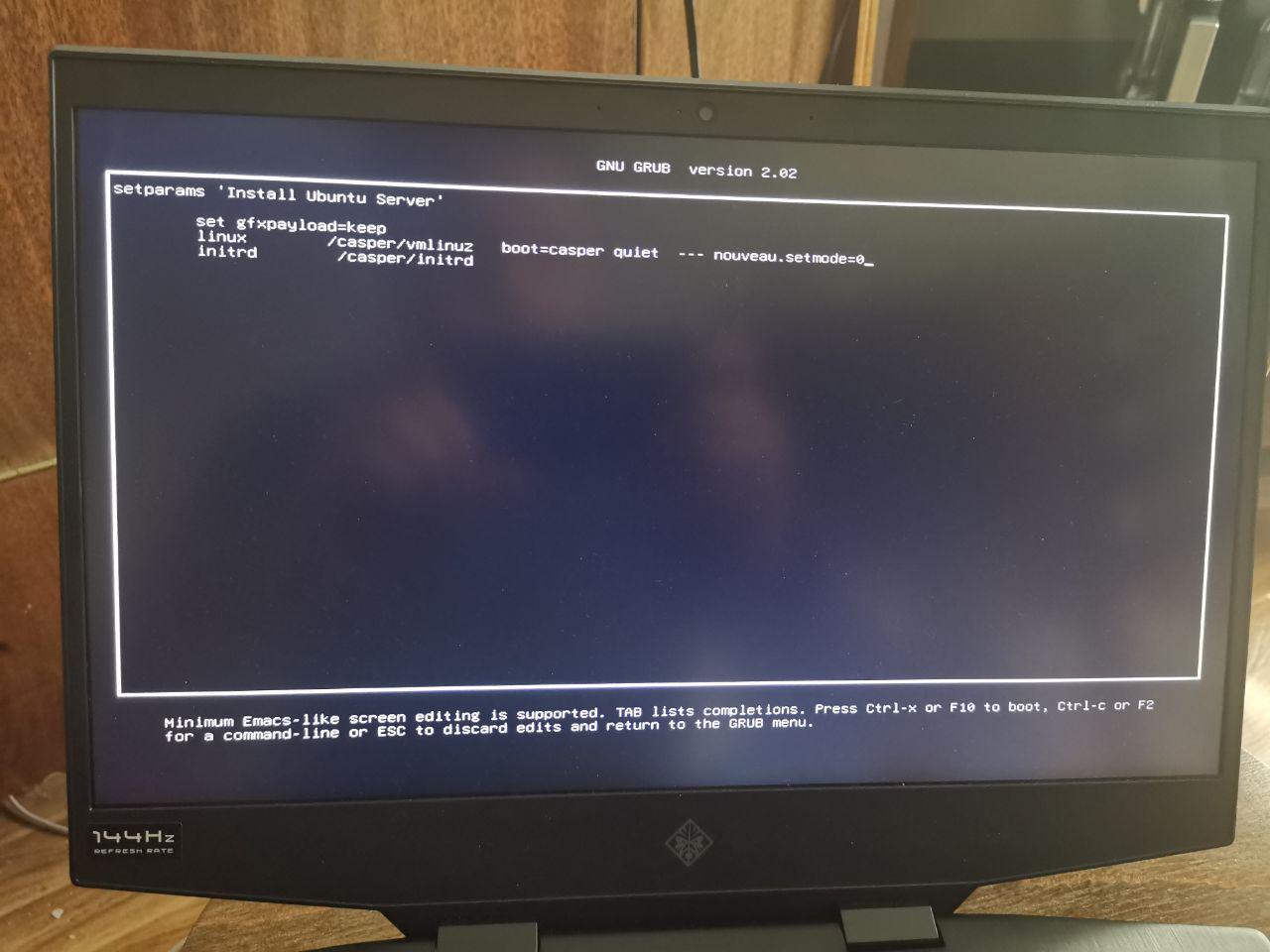 Once by some miracle Ubuntu distribution have done the setup, without any errors, but after reloading I haven't seen anything in boot options (UEFI)

I followed instruction of this tutorial by Ubuntu server installation and faced with same problems. 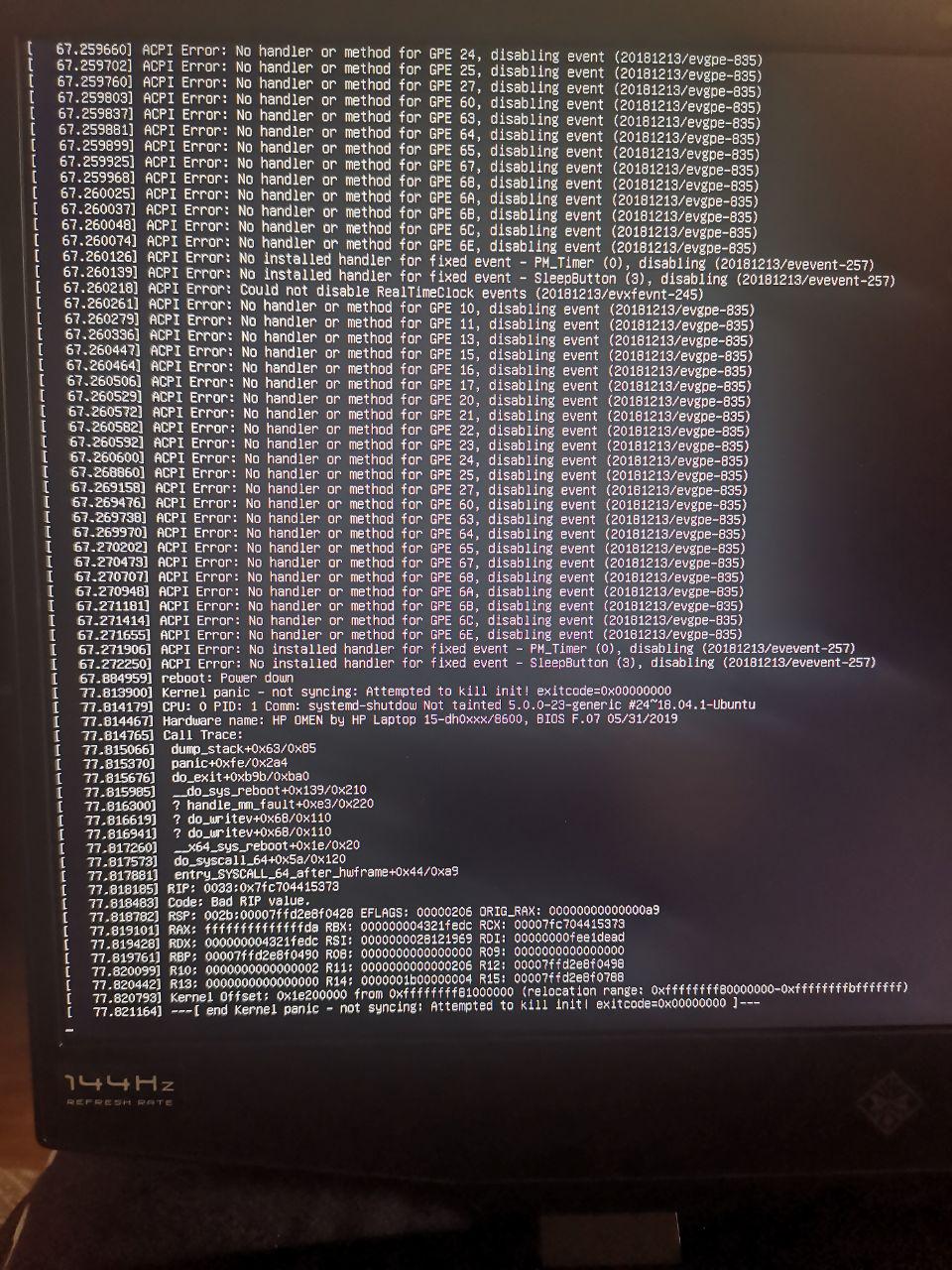 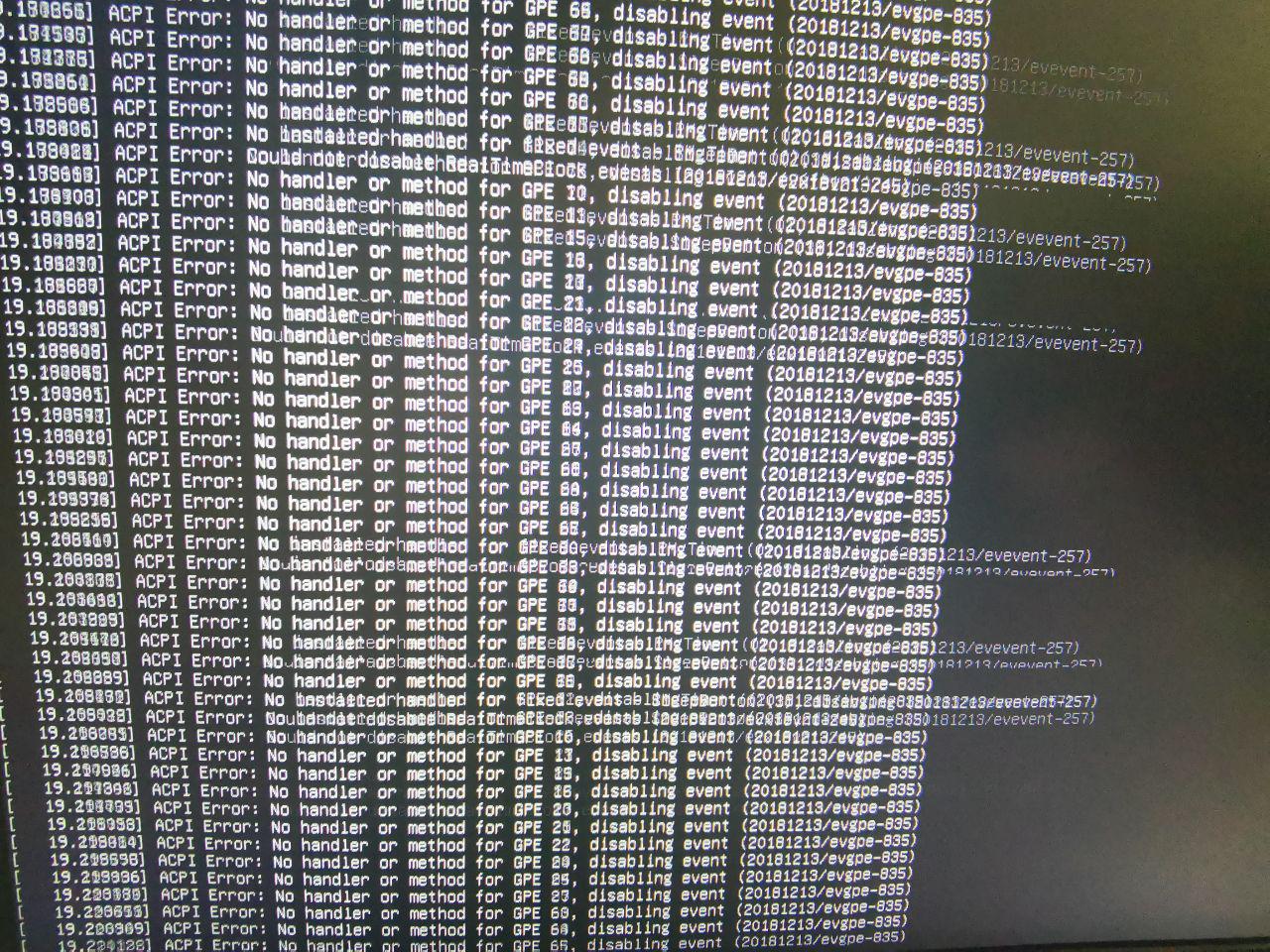 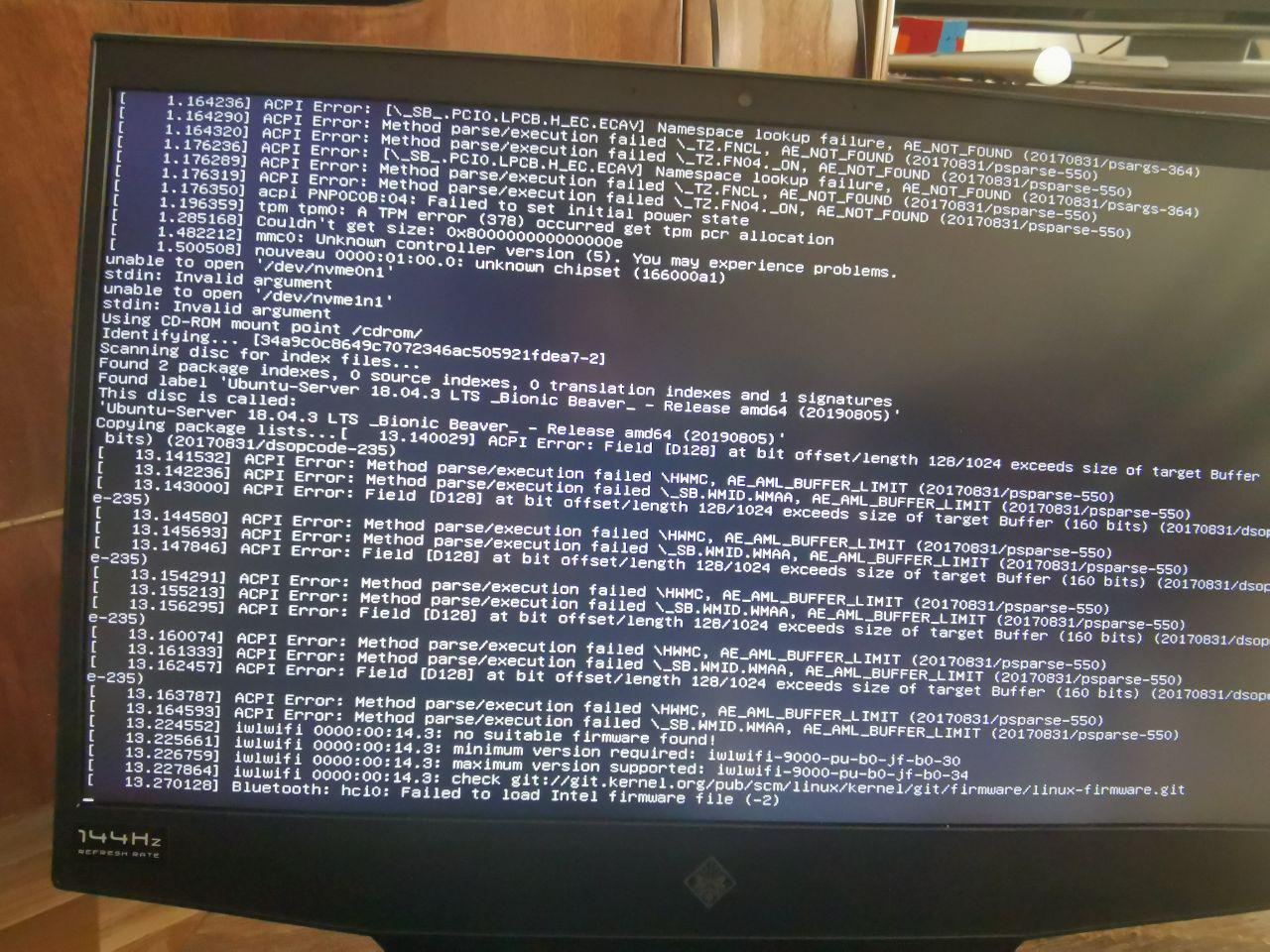 Install Ubuntu 18.04 LTS version. While booting using the live USB, remember to enter the try ubuntu before installing option by pressing E at the selection window and then typing acpi=off before the words in the script on your screen quiet splash. Later install ubuntu pressing the icon that appears on the trial desktop.

Not the answer you're looking for? Browse other questions tagged 18.04 hp acpi nouveau nomodeset or ask your own question.