Hi all I'm a bit green on this, have searched previous Q/A and tried multiple suggestions to no avail so far. I usually get around fairly well but this whole boot-ordeal is an unexplored wormhole for me so bare with me and thanks for any suggestions. Feel free to ask for clarification/elaboration or logs (if you can suggest how to generate them) 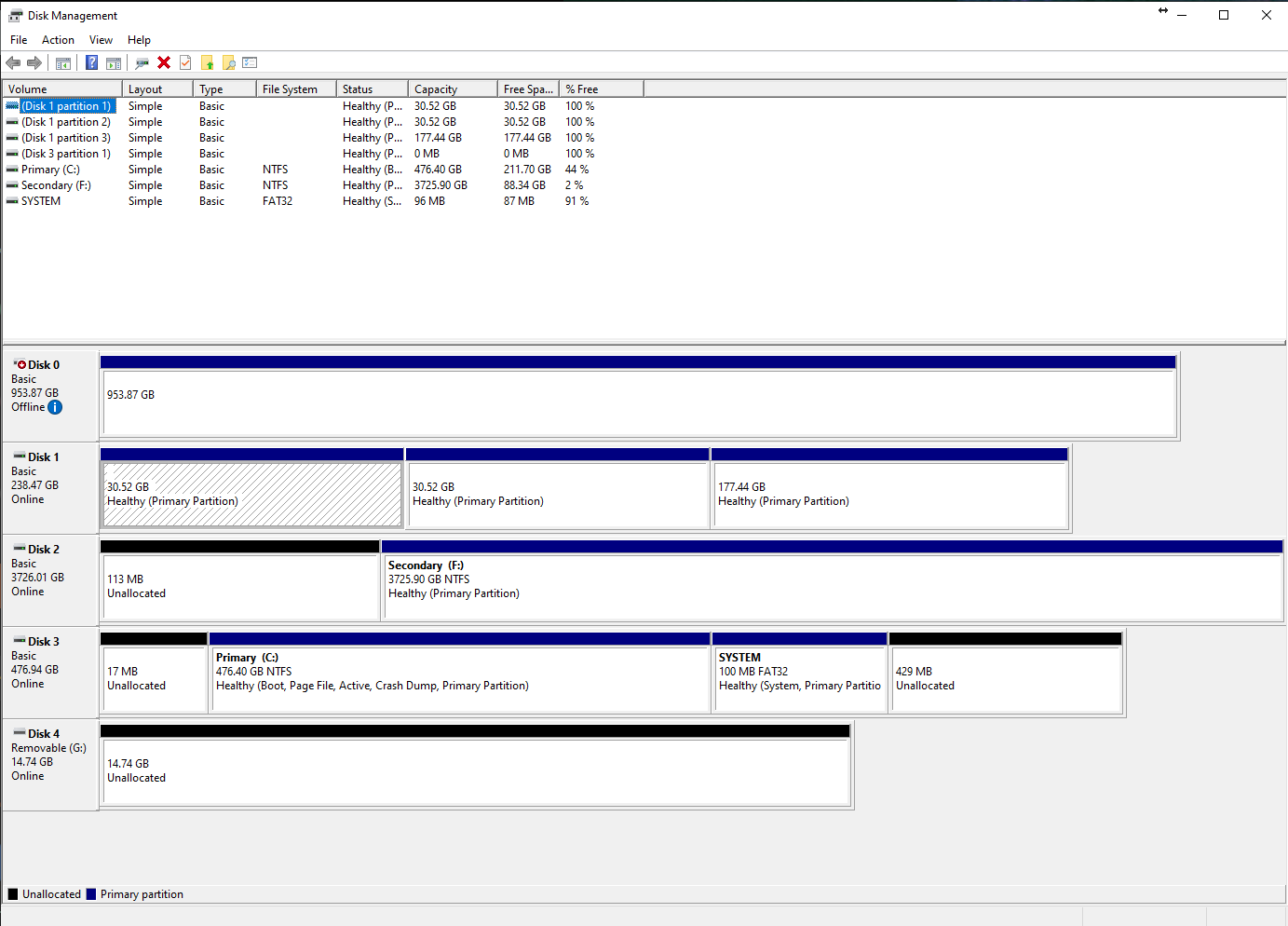 Okej so just as an update I ended up backing up important files and scrapping my old windows install for a number of reasons. After a clean install I ended up with an EFS-partition that "looked more genuine".

I suspect in the backstory where I accidentally deleted my EFS and recreated it manually I got it to a state where windows booted again but for some reason it wasn't seen by the ubuntu installer.

It'd been good to work it out and figure out rather than scrapping the install but it was an old install and felt like things just progressed faster.

Another thing I discovered not sure if that's important was that my windows install was MBR and my storage disks and ubuntu install was GPT so I ended up unifying that as well.

Not the answer you're looking for? Browse other questions tagged dual-boot grub2 uefi windows-10 19.04 or ask your own question.

0
How to install ubuntu on a second hard drive with windows being on the first?