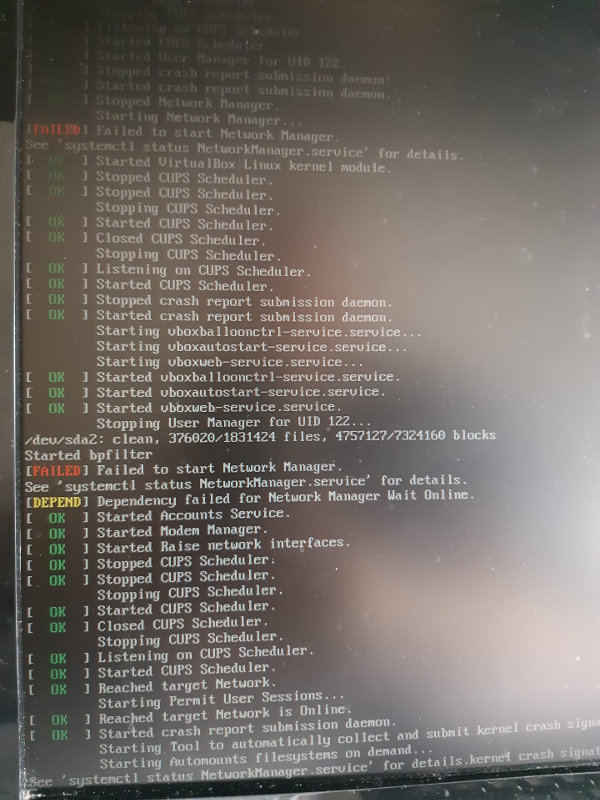 I read that other people have a similar problem.

Thanks in advance! Michael

Your issue most likely related to this Launchpad Bug #1843507.

The workaround is detailed in the comment #4 on the same thread (which has worked for many):

Edit: To bring the network interface up, go through this post, though I'm posting the solution here, as many people are having this issue today.

If you have an Ethernet cable connect the computer directly to the modem and then:

Note: Replace "eth0" with actual interface name like "enp0s3". You can find that out with command "ip a".

Append the following lines to the end of the file:

Ctrl+X to exit and Y to save. Then:

Replacing the address, netmask and gateway values with the ones you are used to.

If you don't have the package stated in the fix, just run the following commands:

After the fix I had to reboot, in order to get the same output as Ondrej.

However, as stated in the original question, the issue can cause serious networking problems after rebooting with the faulty package. If you haven't rebooted already, first implement the fix to prevent new problems.

Please note, the selected answer was a temporary fix, posted prior to Ondrej releasing the proper/final fix.

Not the answer you're looking for? Browse other questions tagged boot networking 18.04 kernel systemd or ask your own question.

521
My computer boots to a black screen, what options do I have to fix it?
26
Relocation error involving libgnutls.so.30, error code (127) after last updates
24
how do I install a network manager on Ubuntu?
2
Problems with booting the system