How to move active window to another display in XFCE

I'm working in multi display workspace, I would like to have keyboard shortcut for moving active window to another display (I don't mean workspaces). How can I achieve this in XFCE? In Unity I was using Compiz with predefined keyboard shortcuts. 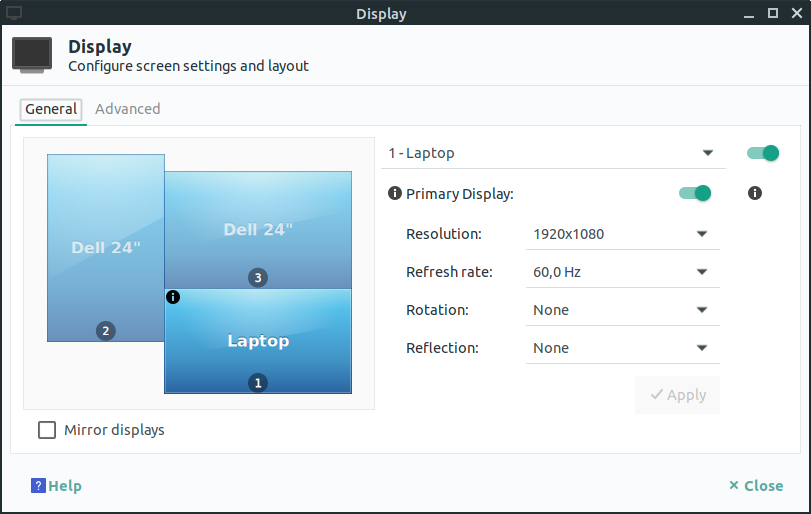 XFCE does not have a built-in command that allows you to move a window to another monitor, however there is this Python script that can do that.

The script is used as:

The script is not perfect, but works reasonably well. Also, being built in Python means that it is relatively easy to tweak it.

Managed to do it as follows:

Not the answer you're looking for? Browse other questions tagged shortcut-keys display xfce or ask your own question.