Only two workspaces in Ubuntu 19.04 [duplicate]

However, after rebooting, now there are only two workspaces, and even if I place a window onto the second workspace, no third workspace appears.

By default, Ubuntu 19 has dynamic workspaces, meaning it will create more as you need them, however if you want them to be static, you can install the Gnome Tweaks from Ubuntu Software or by:

Then just head to workspaces and set them to the number of static desktops you want. 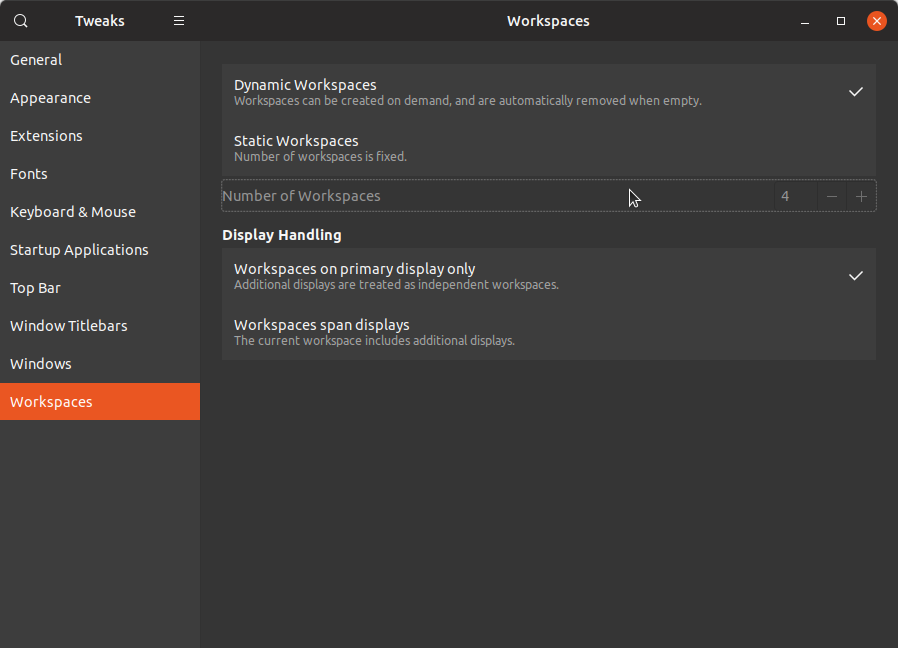 Hope it did help.

Not the answer you're looking for? Browse other questions tagged gnome-shell workspaces workspace-switcher or ask your own question.

52
Multiple workspaces on Ubuntu 18.04.1 LTS and later with GNOME Shell