With a MATE Panel item set to 'application in terminal' 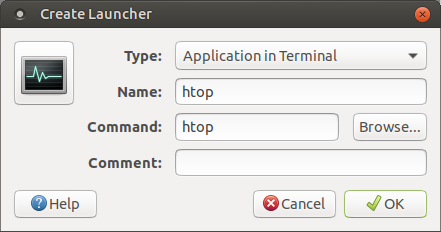 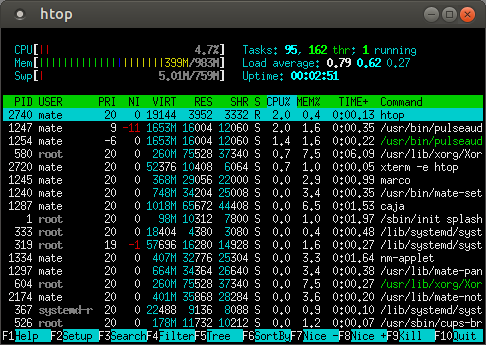 We can simulate GNOME Terminal installation on MATE by using a hack - create symlink to MATE Terminal executable:

and then run application with MATE Terminal attached.

Note: I have faced the same problem with one of my laptops, so I asked a question on Ubuntu MATE Community. It is great that upcoming Ubuntu MATE 19.10 is not affected by this problem.

Or, you can change the drop-down from "Application in Terminal" to just "Application" - and before htop provide the full path to the wanted XXXX-terminal as this:
"Name: /usr/bin/gnome-terminal -e htop" (consult with man-page or help of the needed terminal application about the correct option format).

Not the answer you're looking for? Browse other questions tagged launcher 19.04 mate .desktop or ask your own question.

0
How to use Mate-Panel in Gnome-Fallback Mode
4
Where are panel applet information stored in mate?
5
Panel apps try to launch in xterm, even though it isn't installed
4
Set the terminal title in a .desktop started application
2
How do I set up Awesome with MATE?
15
How do I set custom application icons in KDE?
3
Cannot open gnome-terminal from Unity launcher or from side panel shortcut
1
Reorder panel items in MATE 1.16
0
User's name in Ubuntu MATE 16.04 Panel