So in 12.04 one moves windows to corners using Ctrl+Alt combos, but Super combos are needed to move to the left or right.

This is more than a convenience problem since the new windows positioning provided by the super key combos seems to give different sizes than the Ctrl+Alt combos they replaced, leading to distracting gaps between windows when you combine the two methods to position three or more windows on one screen.

Is there a way to restore the previous behaviour so that I can use Ctrl+Alt+Num Pad for all window positioning?

. Search for "compiz" in the Unity Dash, or start with ccsm from the commandline.

CompizConfig Settings Manager (ccsm) is an advanced tool, and not all of its options are completely compatible with Unity. As such, CCSM has been known to sometimes break users' desktops. Please use caution and know that you are taking a risk by following this answer or any other answer that recommends the use of CCSM. In the event that following this advice does break Unity, please see this question for instructions on how to reset it. 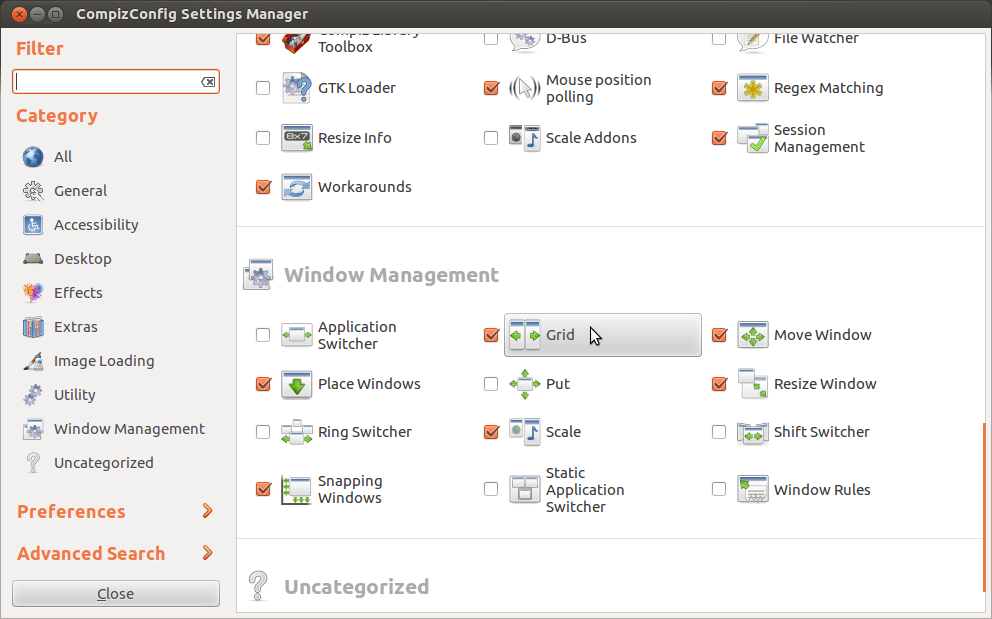 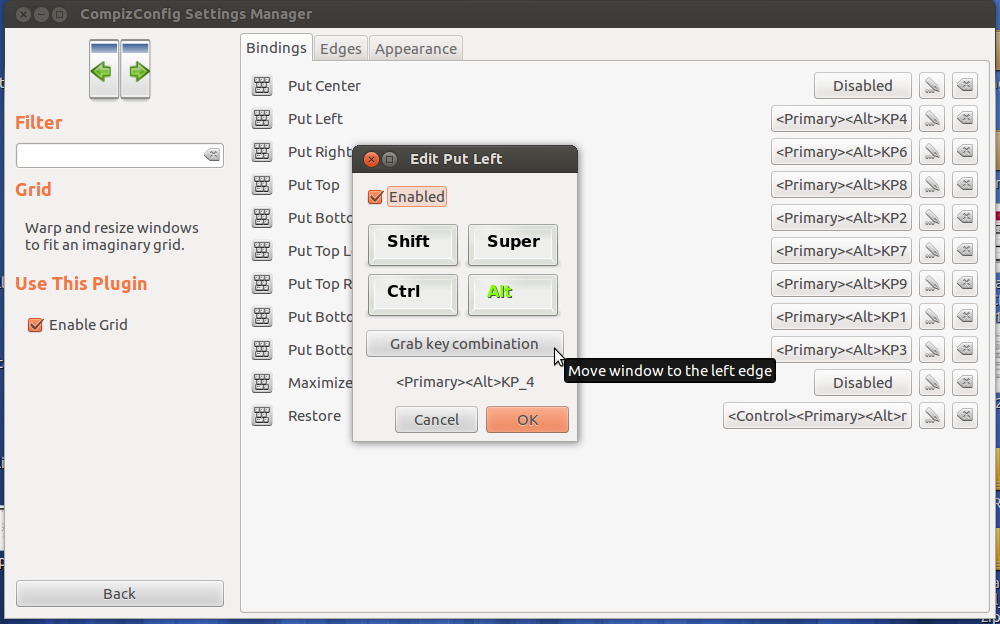 The shortcuts have been replaced with Ctrl+Super+Left and Ctrl+Super+Right. At the moment, Compiz (Unity's backend) does not support multiple shortcut keys for one action. This may change in the future.

Hold down Super to see them all: 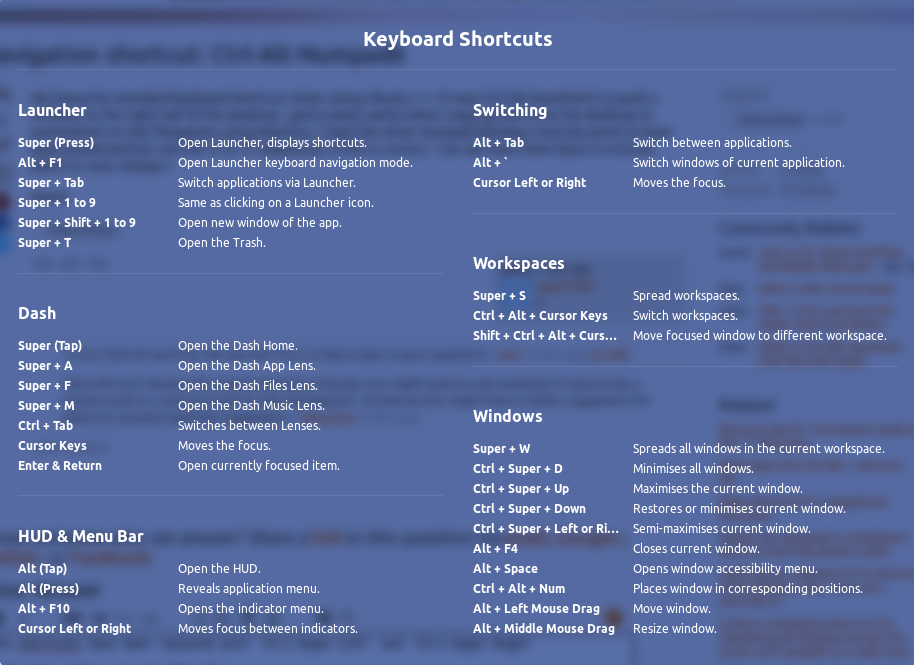 I too had this problem.

In CompizConfig Settings Manager go to "Grid" (near the bottom under Window Management): 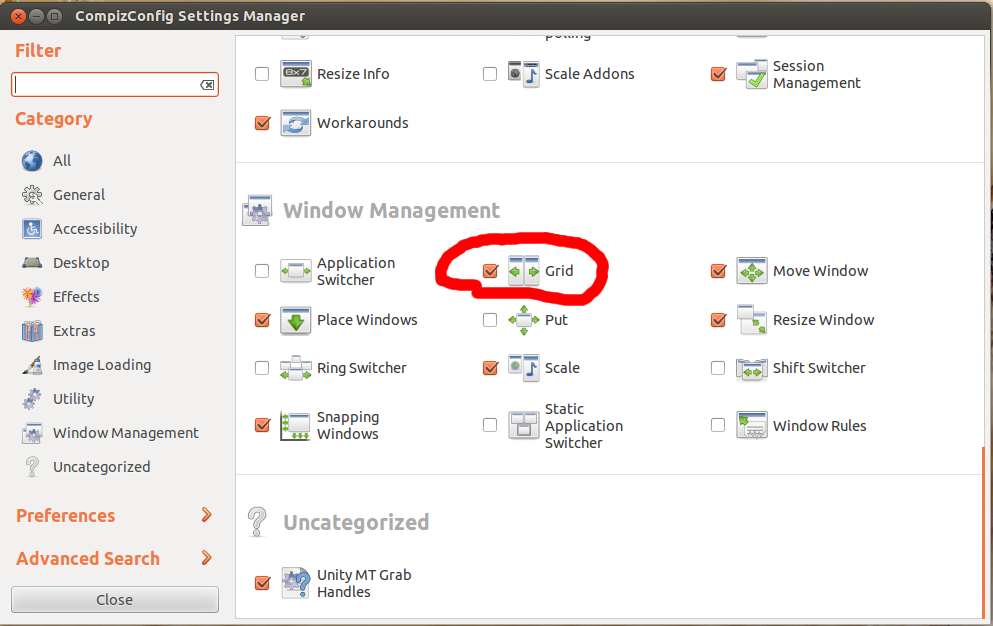 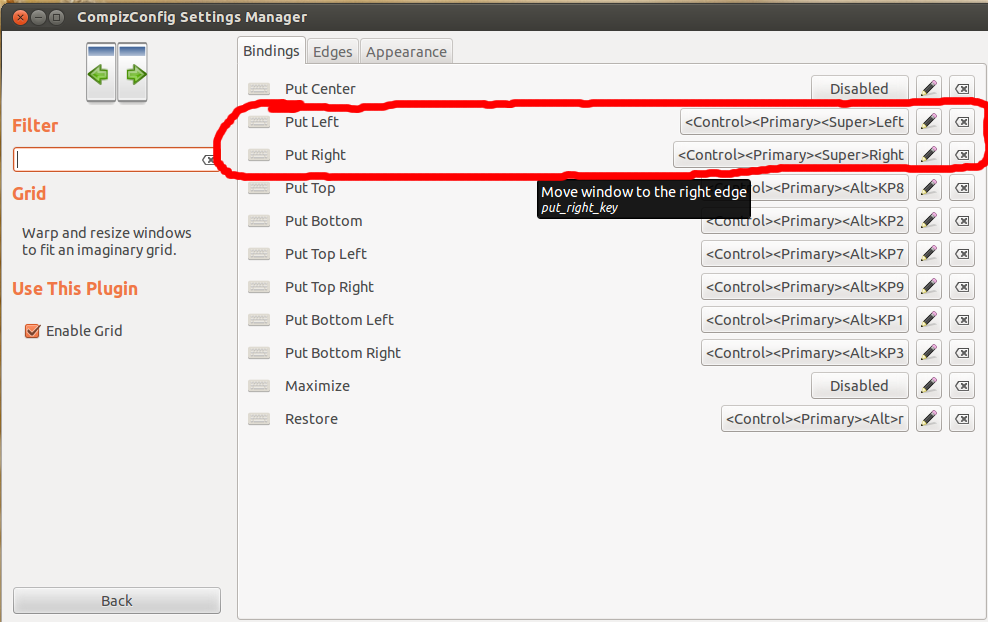 I too would like to see this as a standard put into a patch for put window using number pad.

Have you tried to run a command in the command dash?

Press Alt+F2 and type in following:

9
Compiz Grid feature abruptly stopped working correctly. Now ctrl +alt + num 4 and num 6 only allow half screen tiling
3
What happened to ctrl+alt+numpad in Ubuntu 12?
4
Why don't Ctrl-Alt-Numpad6 and Ctrl-Alt-Numpad4 work anymore?
1
How to make Ctrl-Alt-Num 4 and 6 shortcuts work?
183
How do I reset my Unity configuration?
102
What are some of the issues with CCSM and why would I want to avoid it?
18
How do I restore the Unity 7 Ctrl-Alt-Numpad combination behaviour on Gnome 3?
3
16.04 -- Reassign Ctrl + Alt + Numpad 0 (minimize window) shortcut
3
Shortcut for windows resizing and placement
2
Can no longer position windows with keyboard (Compiz Grid feature broken)
See more linked questions