I did everything mentioned in that but I did not see below message.

Output This computer isn't linked to any Dropbox account... Please visit https://www.dropbox.com/cli_link_nonce?nonce=35ff549233f01a5d4e699826b0ab6ffb to link this device.

It got installed and I see a dropbox folder in Home folder of my computer.

Now, I do not think it is syncing. Even if I delete some files from dropbox page, I do not see it change anything in my computers Dropbo folder.

Can some one help me to fix this?

If you are using 18.04 the best way to install Dropbox is from the Ubuntu Software Center. This was not available in earlier versions - in 16.04 we had to install from the command line which was a bit of a task to get right.

If you have set the left Super key as the Overview Shortcut (in Tweaks) press it to get to the search box and start typing gnome and you will be presented with the Ubuntu Software icon which you can select. 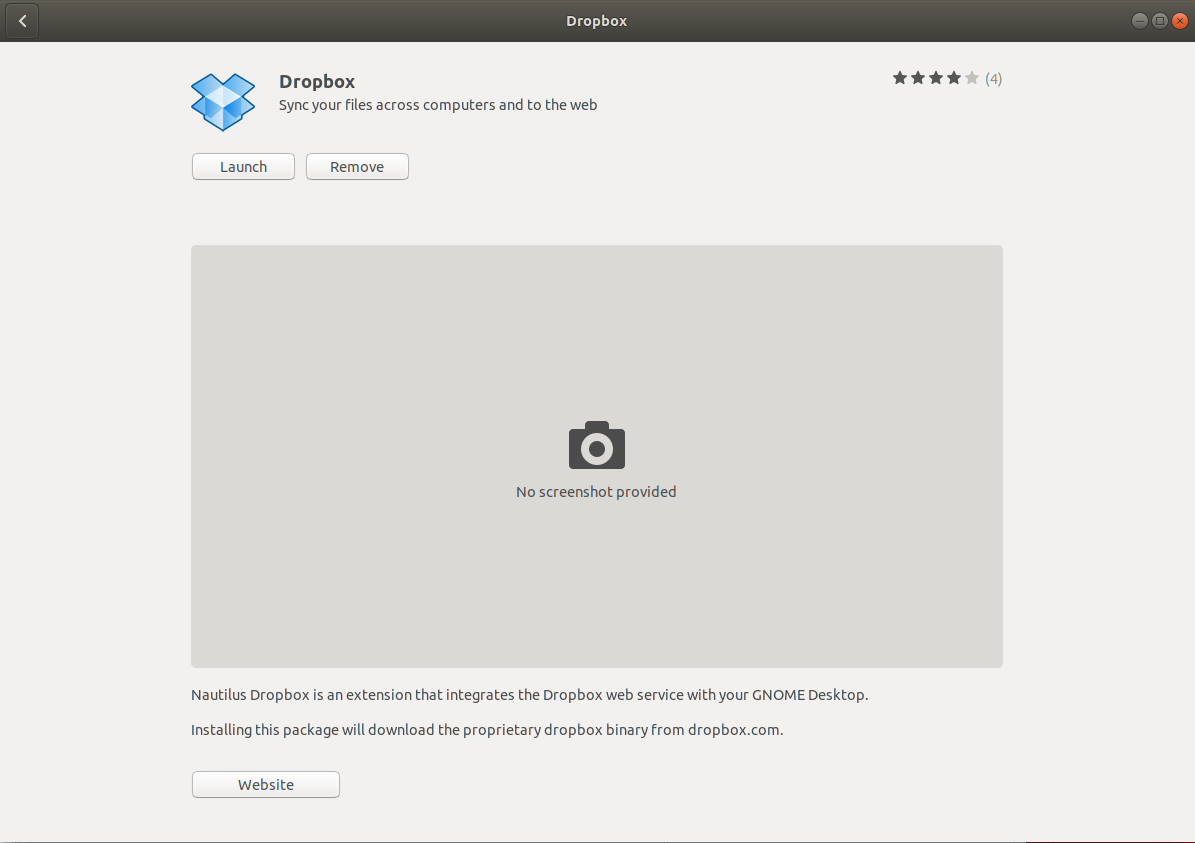 This makes it very easy to install and I have successfully done this a number of times on 18.04 and each time it has set up everything completely perfectly.

You should already have the Gnome Software facility installed on your system.

Installing it from the terminal is a much more complicated affair. You may need to uninstall what you have done so far in order to get a 'clean' install from the USC

I had this exact problem on a new install of 18.04 & new install of Dropbox. As mentioned in a comment on the other answer, executing the following commands in terminal solved the problem. First,

This command prompted an error message, which provides a new set of commands for the terminal:

And then restarted dropbox and the problem was fixed.

Not the answer you're looking for? Browse other questions tagged 18.04 software-installation dropbox or ask your own question.