How does the GNome Alsa Mixer Work with my settings - How do the settings work?

Can someone advise how the Gnome Alsa Mixer settings work. in conjunction with the standard System Setting in 18.04. There are the mixer controls which are weird the Mute buttons, which seem to do nothing the many IE958 checkboxes, which I had to turn off to prevent fullvolume audio whfrom s/pdif when using headphones.

Below is a screen shot of it for reference:

Reason I ask is: the settings in the mixer mess with the settings in system settings and it is not consistent, or how they are meant to be used, I use s/pdif out to my Home Theatre, and Headphone Jack to my Headphones, I would use Bluetooth to my headphones but they are only 1 channel bluetooth so I leave them paired to my cellphone and I plug them into my desktop Headphone Jack.

UPDATE: I am wanting to understand the general behaviour of the mixer controls and the tick boxes of the GNOME ALSA Mixer. What effects do they have, and then why do I have so many settings with the same Name "IEC958" /END UPDATE

FYI I tried to use Alsa Mixer in Terminal and it was worse, at least I was able to turn off the dual audio issue.

Ref my other issue I had, where I added my answer to said issue, It could be improved with the right knowledge here. 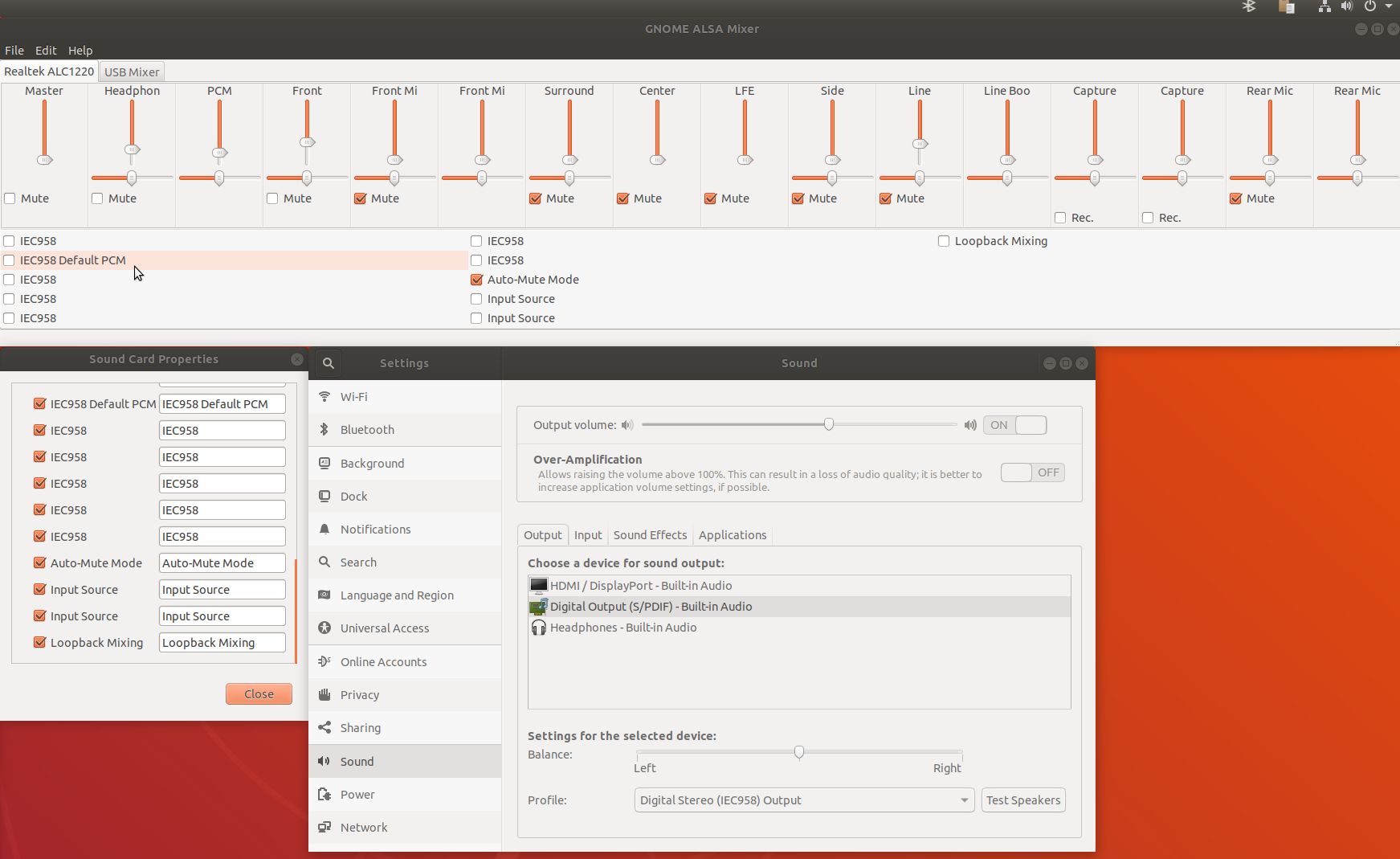 In short: within the sound architecture of Ubuntu, user interact with Pulseaudio, not with Alsa
If you cannot find an answer to your needs with the Pulseaudio features and tools, then you can remove the Audio server and keep Alsa only

Not the answer you're looking for? Browse other questions tagged 18.04 pulseaudio alsa headphones spdif or ask your own question.

54
Stop sound from speakers when connecting headphones
75
How can I tell if I'm using alsa or pulse-audio by default? (Switching to i3-wm)

2
ALSA Mixer settings won't save (Kubuntu)
1
Headphones Issue
1
Ubuntu 16.10 - No headphone output
2
No audio out from headphones
1
no S/PDIF audio
1
Ubuntu 18.10 Headphones/Speakers "linked" (Speakers have no sound)
0
When I open Gnome ALSA Mixer I get a bad key or directory name error