Ubuntu 18.04 LTS fails to boot because of NetworkManager.service failure [closed]

I was trying to install bettercap and aircrack-ng using Katoolin on Ubuntu.

I followed the following steps to install bettercap on Ubuntu: https://linuxhint.com/install-bettercap-on-ubuntu-18-04-and-use-the-events-stream/

I followed the following steps to install Katoolin on Ubuntu: https://www.ostechnix.com/install-kali-linux-tools-using-katoolin-linux/

After that I restarted my Ubuntu and now it is failing to boot, with the following error: 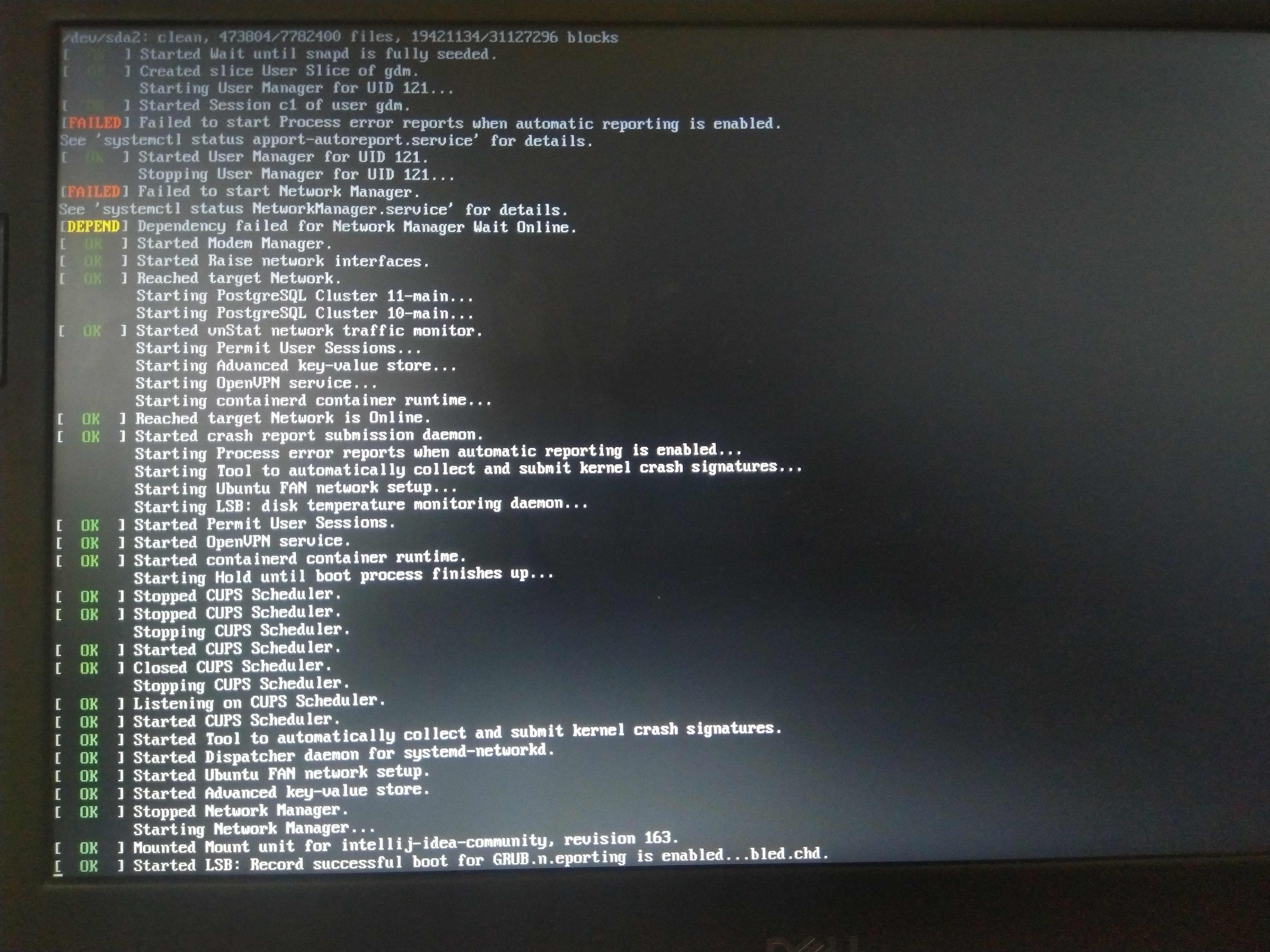 After that I went to Console 4 (Ctrl + Alt + F4) and tried to start Network Manager (which was the failing service) using systemctl start NetworkManager.service but it failed to start it. The output of journalctl -xe mentioned the cause as follows:

exit code: 127 When Ubuntu boots up, NetworkManager.service fails to start.

I even removed the packages I installed (autoremove --purge), but it still didn't solve the issue. 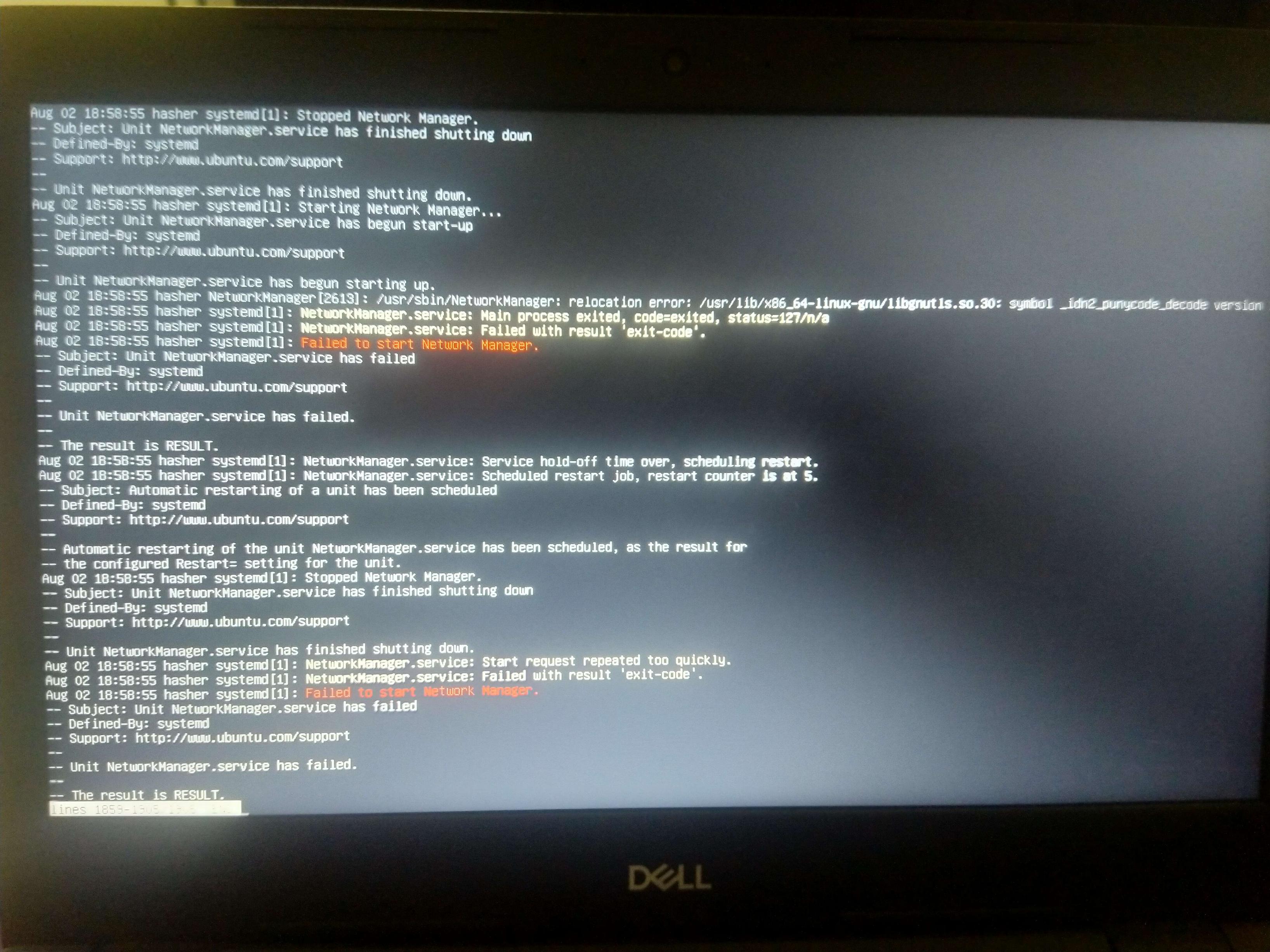 The question at How to stop Katoolin from crashing Ubuntu? doesn't solve my problem. Removing the repositories and removing the packages didn't help at all. Finally, I had to reinstall Ubuntu.

I was able to connect to Wi-Fi in this crashed state:

Don't forget to replace wlan0 with your wireless card interface name. You can use iwconfig to look it up.

Those tools rely on functions that are not native anymore in Ubuntu 18.04. Namely due to the switch from ifupdown to netplan, (ie. promiscuous mode or "monitor mode")

You will need to install and configure ifupdown to make these packages work with 18.04. But IMO, its better to switch back to 16.04 if at all possible, for this use case.

Not the answer you're looking for? Browse other questions tagged network-manager aircrack-ng or ask your own question.

5
How to stop Katoolin from crashing Ubuntu?