I always clicked on Report problem button but nothing happens.

What causes this ? How to get rid of it ?

See the crash report that is dumped on your disk. The directory you want is /var/crash/ and it will contain several files pointing you to the package it is about and what the crash is.

This directory is described as:

Ubuntu releases use this (optional) directory to dump crashes and the package that does that is called apport (and whoopsie). The link has a detailed description and also has a PDF that describes the crash report data format.

If you want really detailed reports on a crash install GDB: The GNU Project Debugger with sudo apt-get install gdb.

Depends on what you call "get rid". The ideal fix would be to check what is inside the reports, and try and find a fix for it. If the package it is about is unneeded or benign you could also purge it. Most times it is a core functionality though.

If you can not understand those crash reports most times you can google the error notice (there will always be one in there). Or drop a message in chat. Generally crashes are off topic on AU as those are bugs and would need to be reported (through this service ;) ).

You can pick any of these to remove the crash report up to actually removing the package (would be rather ironic if the error comes from apport itself): 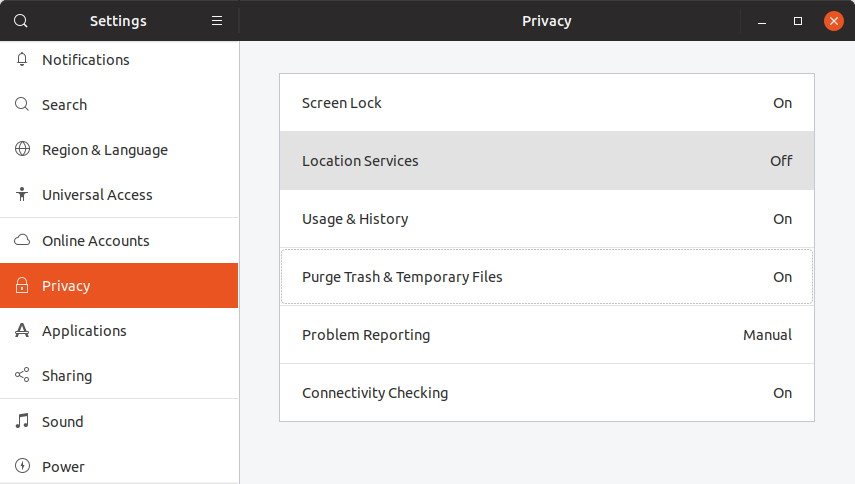 how to read and use crash reports? has some interesting answers. It has an example crash report and a method to retrace crashes.

Apport is an ubuntu functionality which reports errors in ubuntu.

it is non-critical and can be safely disabled without any adverse effects.

How to disable apport:

you must edit a file:

then Ctrl+X and Y to save.

If you don't want to reboot to apply you can disable it on the spot:

You may also completely uninstall apport:

After that you will no longer see this window.

What I suggest is that you delete these crash reports. Open a terminal and use the following command: