How do I increase the font size for a specific application in Ubuntu 18.04 running Gnome?

I installed the Unity Editor on my Thinkpad x1 Carbon, which has a resolution of 2560 x 1440, and is considered HiDPI. In order to deal with very small font sizes, I installed gnome-tweak-tools and set my Fonts Scaling Factor to 1.34. This has resulted in an acceptable font size in every application I have tried so far, with some tweaks in programs like Firefox.

However, the Unity Editor doesn't have a font size modifier for its UI. It looks like this on my machine: 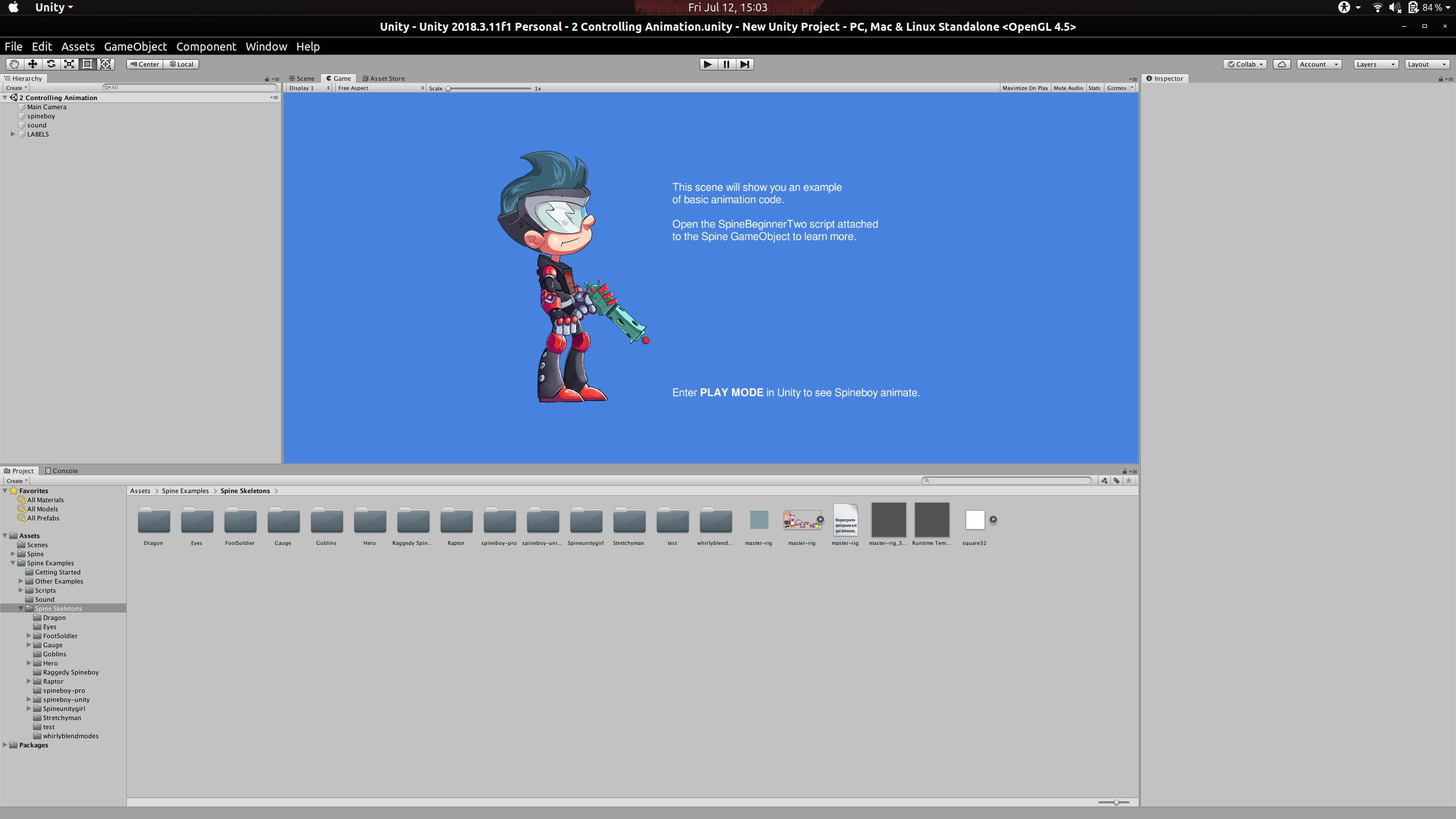 The font size is unreadably small.

I see that under gnome-tweak-tools, I can set font sizes specifically for things such as "Window Title" or "Document," but not, for example, "Unity Editor."

I could set "Scaling Factor" very high but this makes other programs have unacceptably large fonts.

I could modify, under the regular Settings app, under Displays, the Scale property, from 100% to 200%, but this makes every other application have a terribly bloated, nearly unusably large UI.

How can I change the font size for only one application, specifically, Unity Editor?

EDIT: By the way, there does not appear to be any intention on the Unity Editor engineering team to implement a font size changer: https://forum.unity.com/threads/how-to-change-font-size-in-unity-editor.149481/

Create a script call ue (Unity Editor). Place within it:

Mark the script as executable using:

Your screen may blink when script starts up but that is normal.

The default DPI (Dots Per Inch) is 96. When set to 100 font size increased by 4% which might not be noticeable. To confirm initial DPI use one of these commands:

In the above script you can reset xrandr back to default DPI of 96 by adding the following line to the bottom:

I've never encountered a need to do this, but you might.

The following does not change only the font, but scales the entire interface:

I hope hope it can be useful, though it is not exactly what you seek.

Not the answer you're looking for? Browse other questions tagged 18.04 gnome fonts display-resolution or ask your own question.

8
How to fix fonts in Google Earth 6?
10
Change DPI setting for Citrix Receiver
0
How to decrease font size in `gnome-logs`