How do I install MATE desktop icons?

How do I install MATE desktop icons?

I have installed standard MATE from repositories on an Ubuntu 16.04 LTS system, this way:

at this point, the option to select MATE at the cog in the greeter did not appear, so I had to run

after which MATE did appear at the cog in the greeter. I have installed mate-utils because I could not make screenshots without it

Still, for many apps the icons are missing: 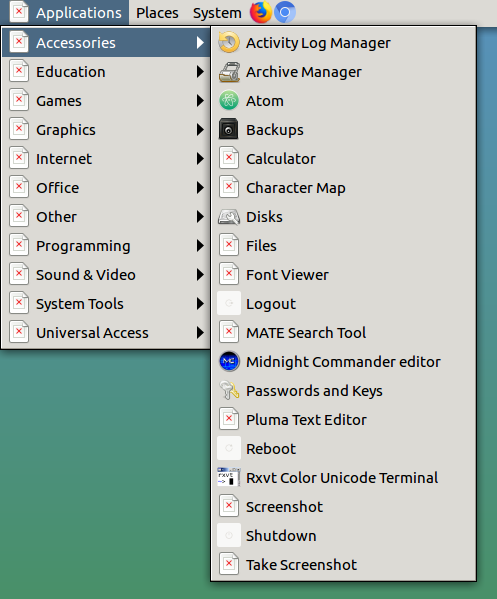 How do I install the missing icons?

That may provide most of the missing icons native to the Mate environment.

Not the answer you're looking for? Browse other questions tagged software-installation icons mate icon-themes desktop-icons or ask your own question.

1
How do I get the full MATE desktop after installing Ubuntu? mate-desktop-environment isn't complete