I am trying to install+dual boot Ubuntu 16.04(LTS) with pre installed Windows 10(home) in my Dell G5 5587. Windows is installed in SSD. I have 1TB HDD alongside the SSD.

The BIOS is showing UEFI on, Secure Boot off, PTT on.

I burned Ubuntu using Rufus(MBR+UEFI/Legacy) to a pendrive. I got the pendrive in the one time boot menu(F12). When I try to install Ubuntu it showed the following warning:

"This machine's firmware has started the installer in UEFI mode but it looks like there may be existing operating systems already installed using "BIOS compatibility mode". If you continue to install Debian in UEFI mode, it might be difficult to reboot the machine into any BIOS-mode operating systems later. 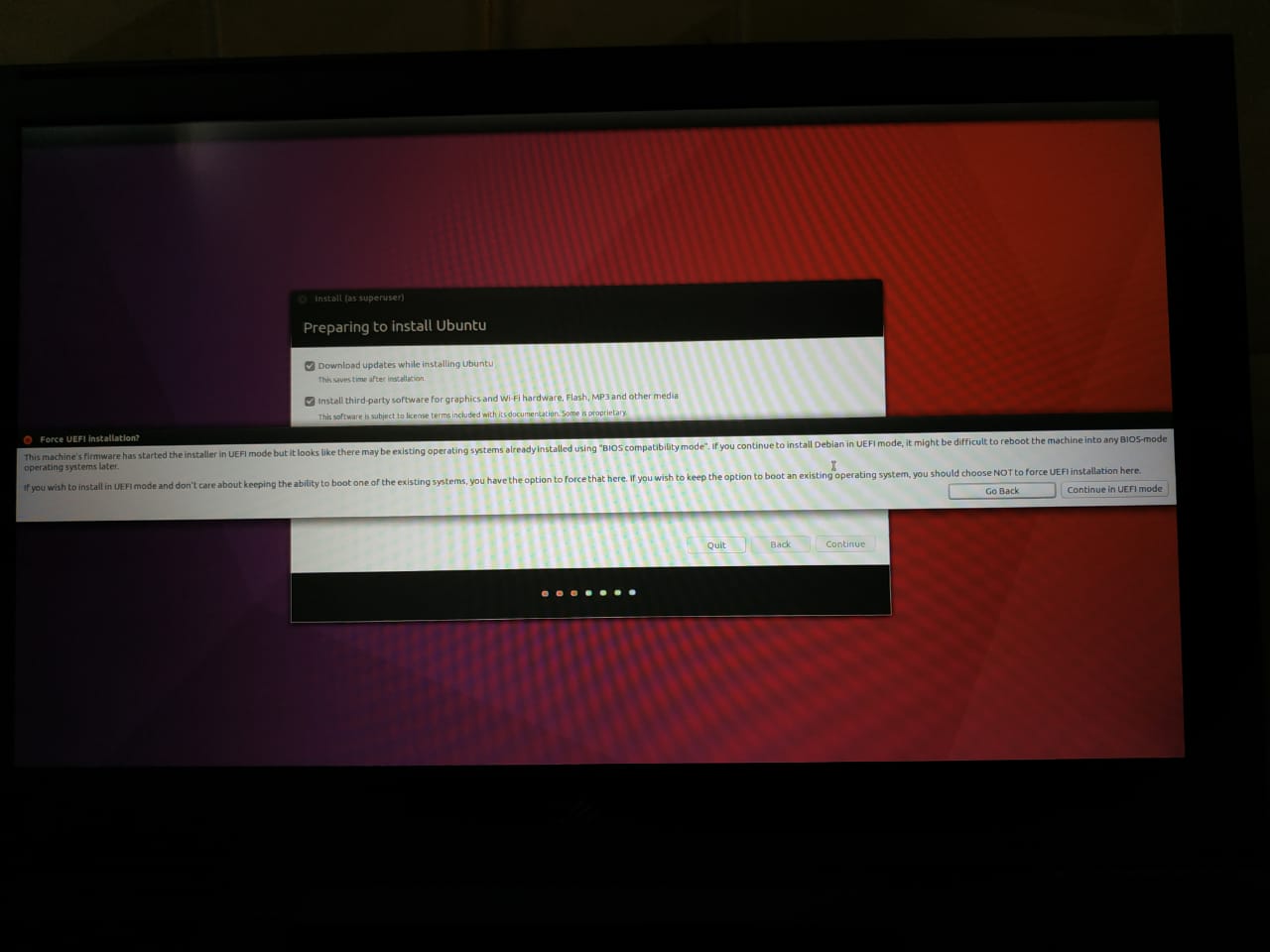 As I do not want to risk losing Windows, I aborted installing Ubuntu.

If I burn the Ubuntu OS using Rufus(GPT+UEFI), I do not find the pendrive in one time boot menu(F12).

Burn the ISO to a Pendrive

Turn off Fast startup from Windows 10

Turn off secure boot from BIOS