Unable to login to account in ubuntu 18.04 vmware workstation 15, after update

I installed the latest updates from the software update center today (I update when ubuntu displays a notification), restarted the machine and now it's unable to boot properly. The best screen I can get is displayed below. If I resize the screen then it goes to black. If I restart the machine then it displays just purple. 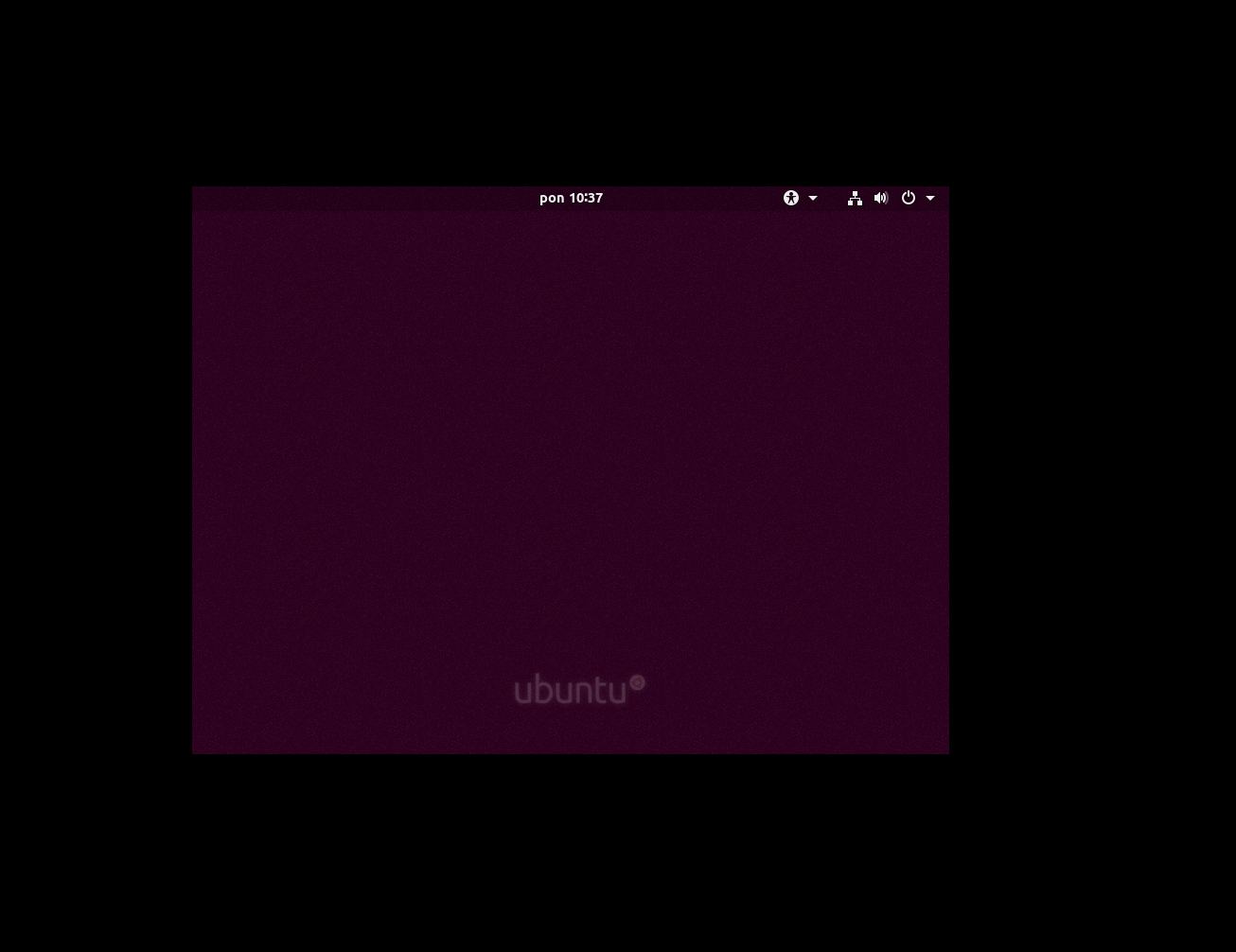 Note that the screen is unresponsive, I can't click anything on it.

Other than SMBus Host Controller not enabled! I don't see any other warnings. Note that I don't know if this warning existed before the update.

I'm running ubuntu 18.04 in vwmare workstation 15 player (latest update). Any ideas on how to begin debugging this?

Update: Blacklisting i2c-piix4 according to this answer didn't remove the warning or fix the issue.

Update: Blacklisting i2c-piix4 according to this answer removed the warning but didn't fix the issue.

Update: The answer from Uzair helped me log into the account (run dpkg and update grub from recovery mode).

Answer: This answer helped me fully to resolve the issue. I don't understand the fix. If anyone does, put it as the answer and I'll mark it as such.

Regarding duplicity: The answer from another question did solve my issue but I don't think my question is a duplicate of that one. I began with a fresh install of 18.04 a few months ago, did several updates without an issue and only today experienced issues which are different than those described in the other question. I think we experienced different bugs with wayland and we both solved it by disabling it which is a destructive solution applicable to many questions.

The issue is with Wayland. While Ubuntu defaults to an X11 session, for some reason they left it enabled for GDM.

You can certainly replace GDM with LightDM, but an easier option would be to:

Then change the line:

Press Ctrl+O and then Ctrl+X and reboot. If you don't wish to reboot you can do

Which will restart your windows session (this assumes ssh into the box to fix as above).

I had the exact same problem. I somehow fixed it but I have the same screen as in your screenshot after restarting.

Edit: I have installed "LightDM" and the problem is gone. Looks like there was an issue with "GDM3".

Voila! I have the login screen displayed was able to login. But restarting brings the problem back to square one. Could it be a problem related to Display/Graphic settings?

I searched all over since the the xorg screen initialization was failing and couldn't find any answers - So I looked in VSphere and the Video was set to 1 card and 4MB RAM. - It worked in Ubuntu 16, but not 18. - Changing the video to Auto solved the problem. (combined with the Wayland change)

Not the answer you're looking for? Browse other questions tagged 18.04 updates vmware or ask your own question.

4
Ubuntu 18.04: Boot Freeze / Purple Screen Hangs
3
Ubuntu guest in VMWare stucks before login
35
GDM3 does not start in Ubuntu 18.04
22
How to install AMD graphic drivers on Ubuntu 18.04
13
Piix4_SMBus: 000:00:07.3: Host SMBus controller bus not enabled
3
Ubuntu 15.10 stucks before login screen on VM Workstation
2
How can I get past the blank purple screen on my Ubuntu 18.04 LTS system?
1
18.04.2 lowlatency kernels are hanging at login screen running as guest in VMware Workstation 14.1.7 and Player 15.1
0
After Win10 upgrade Ubuntu graphics not working in VM
0
Ubuntu 18 stuck in the purple screen
See more linked questions