How to properly configure Virt-Manager (QEMU/KVM) with Windows guest

I'm currently switching to Virt-Manager (QEMU/KVM) and leave VirtualBox behind (as it is slow), but I find Virt-Manager hard to configure. In VBox and VMware, all you have to do is install the guest additions, then everything will work including the display, folder sharing, etc..

I would like to have a Windows guest (either 7 or 10) with at least a working network, display drivers, and folder sharing. Setting a Filesystem passthrough does not seem to work in Windows guests (and I also got sick and tired of trying Samba to work).

What's the proper way to create a Windows guest with working display and sharing? Maybe I missed some dependencies or Virt-Manager specific settings?

"How to" guides I followed:

I tried the nautilus-share, and the manual /etc/samba/smb.conf configuration, and try to mount the folder in guest OS with \\IP.ADDRESS\SHARED_FOLDER, but nothing worked.

For future reference, here's my fully working Network, Display, and Folder Sharing QEMU/KVM setup on Ubuntu-based 18.04 LTS (specifically, Pop! OS 18.04). Initially, I'm using the Android Emulator for development with KVM installed. So, then I decided to switch from VBox and VMware to Virt-Manager for OS testing, and primarily, for softwares I used in Windows, since it also target Kernel-based VMs and is faster. 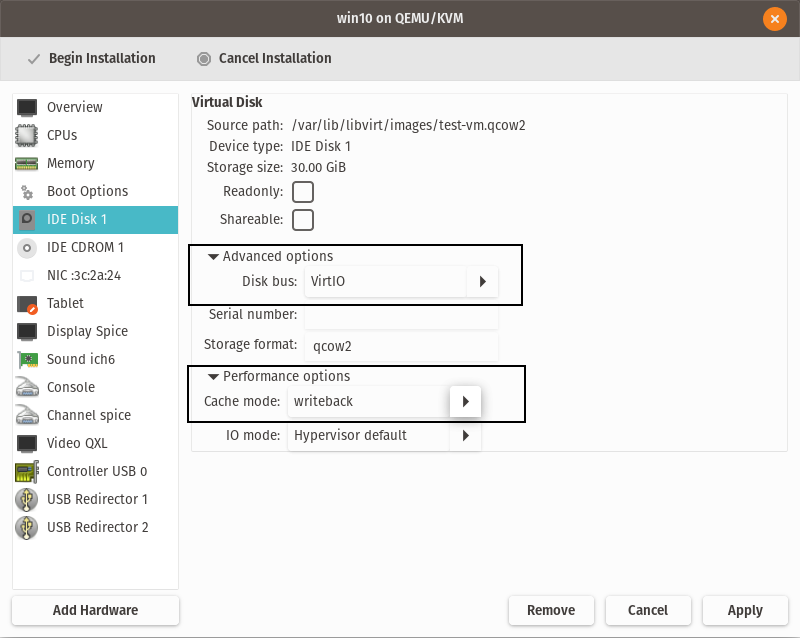 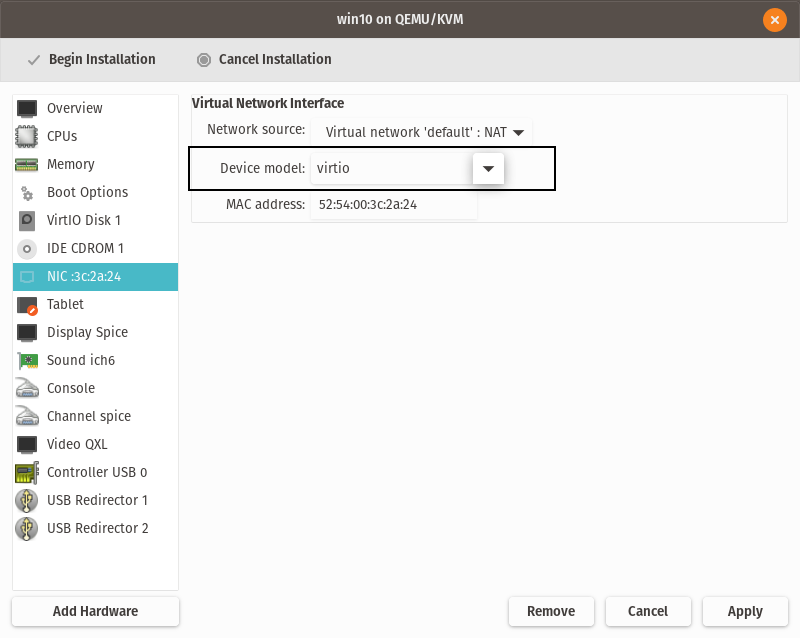 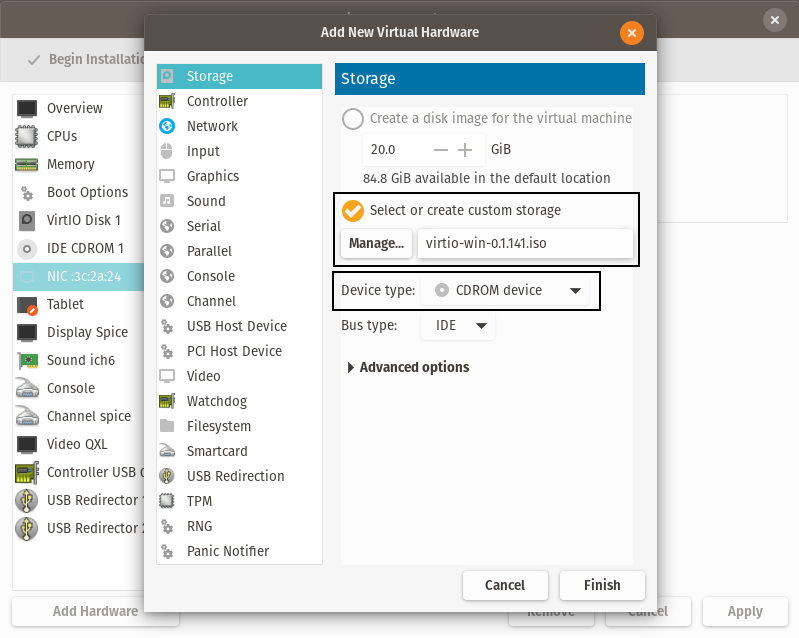 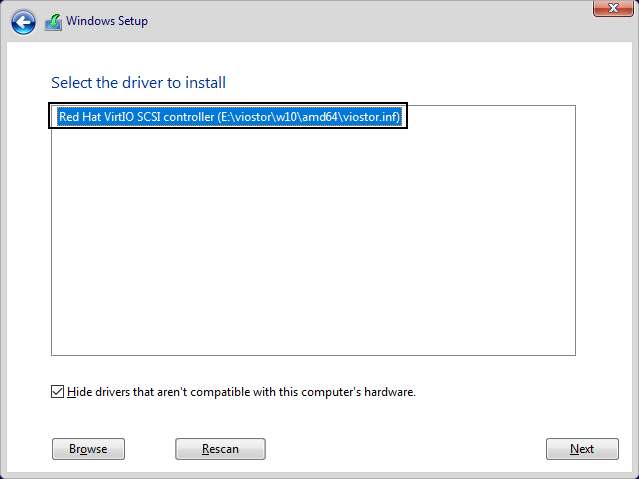 For the Network driver, you'll probably don't see any listed drivers while loading it during installation. This occurred to me when I use NAT in network interface, but not in Bridge mode. If that's the case, then you can manually update the driver later on. 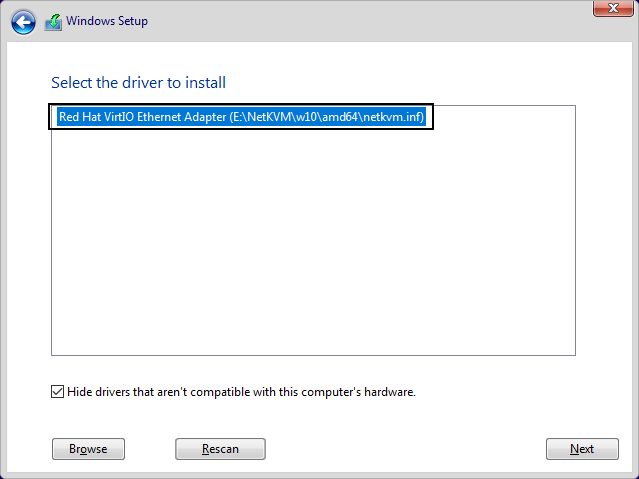 You can then map the folder in Windows guest with \\<host-ip-address>\Public: 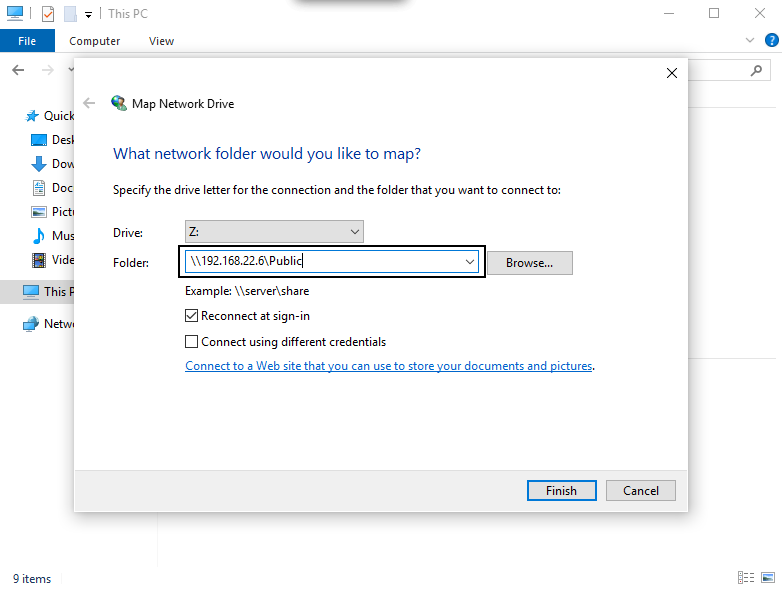 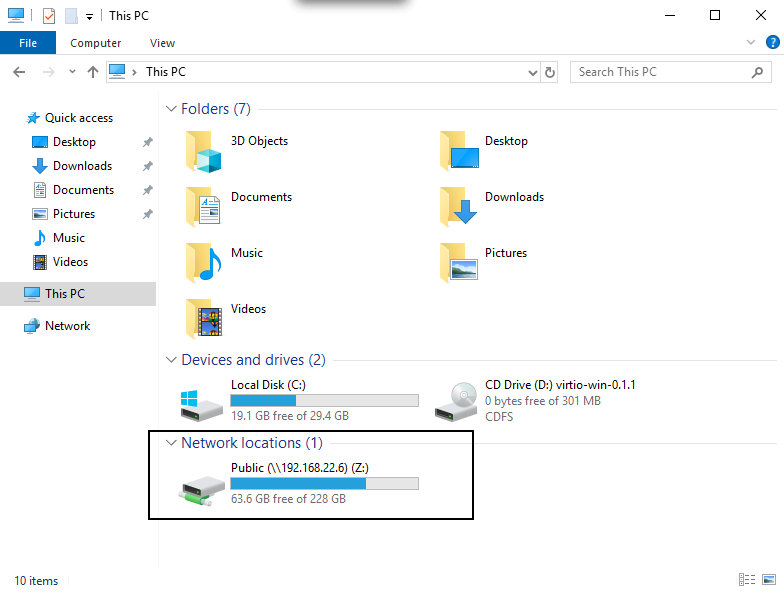 6. Download the SPICE guest tools for Display and other VirtIO drivers, etc..

You can then use the public shared folder to install it to the Windows guest OS.

The easiest way to get all of the required drivers into a Windows guest is to use the SPICE Guest Tools Windows installer. Downloading spice-guest-tools-latest.exe should always give you the latest version.

This package includes the Windows QXL/WDDM display driver along with all of the virtio drivers for virtual hardware provided by KVM, and installs all of them at once.

Note that KVM does not provide file sharing to Windows guests. You still need to set up Samba yourself for that.

Maybe for future readers, about the file sharing part, you can also see it the other way round. Create a share on the Windows VM and mount the share on your Linux host.

I'm using a bridged network connection, I'm not sure if it works with NAT.

This is easier to setup (no need to setup a samba server on the host), but needs the folder to be mounted after the VM started. Good for occasional use, not ideal for daily use.

Mounting the share on the Linux host (to the windows_vm folder) would look something like this: sudo mount -t cifs //WINDOWS_HOSTNAME/SHARE_NAME windows_vm -o user=windowsUserName,pass=windowsPassword,uid=1000,gid=1000

uid and gid are needed so that the files belong to the local user instead of root.