How to install Ubuntu if the free space appears as unusable?

I'm trying to install Ubuntu alongside Windows 7. I made a partition while preparing for the installation in windows of 50Gb. I'm trying to install it right now and after making selecting some space for the swap (i dont know what that is. I'm an absolute beginner and the guide says so) I should now make some other partitions for Ubuntu, but i cant use the remaining space. I'm afraid of deleting anything because the other partitions are from windows. 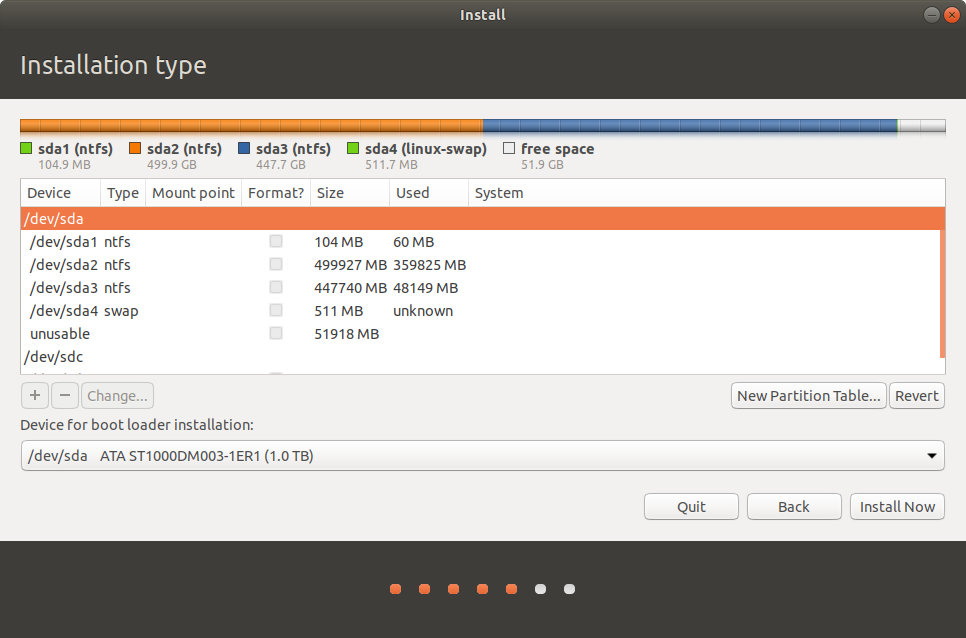 To be honest what I'm most concerned right now is recovering Windows, but I guess that it is impossible to do so until Ubuntu has finished installing.

2
How to partition my Hard Disk to facilitate installation?
0
Re-sizing the partition after installing Ubuntu
0
Restart when trying to resize partition
0
What does the "install alongside Windows" feature do exactly?
0
Ubuntu 14 / Win 8.1 Install Problem
8
How to use 'unusable' disk space while installing ubuntu?
0
Trying to dual boot Windows 7 with Ubuntu. Install isn't recognizing windows partition