I was using indicator-stickynotes command in Startup applications which worked fine. I modified it to sleep 30;indicator-sticknotes. I read this in different articles and even on this site. But this isn't working for mine. 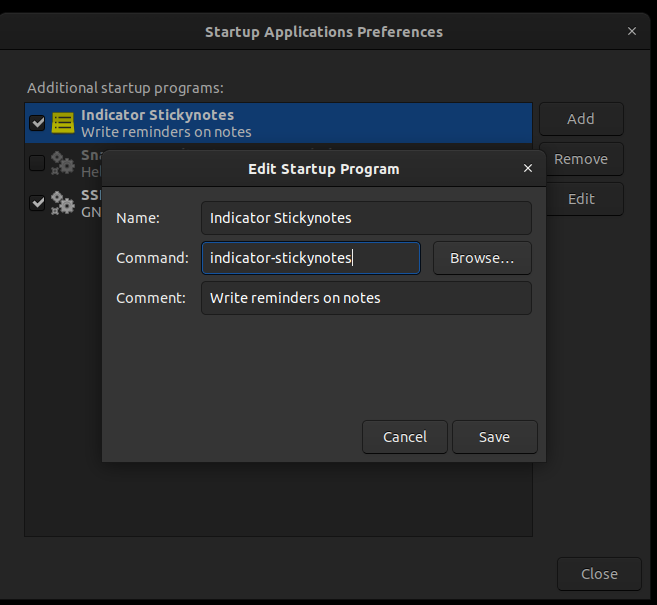 I modified it to: 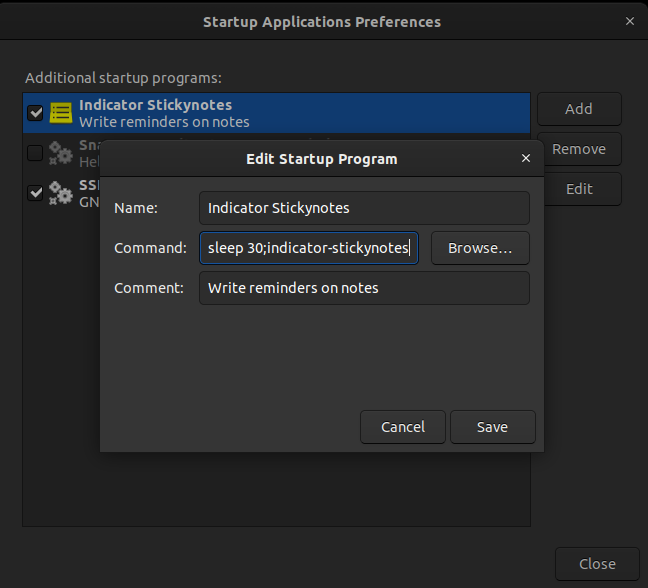 On a typical command line (terminal) you can use one of the following to execute two commands.

But desktop entries are very much different from the command line. According to Desktop Entry Specification:

The Exec key must contain a command line. A command line consists of an executable program optionally followed by one or more arguments.

Therefore only one command can be used in Desktop entries. Since you are using two commands, it'll eventually result in errors. Either desktop entry will fail to launch the application or the second command will be considered as an argument to the first command.

You can use sh/bash as a command for this, like:

Not the answer you're looking for? Browse other questions tagged 19.04 startup-applications or ask your own question.