FireFox 66 Quantum disabled all my extensions at midnight! [closed]

This morning I woke up to: 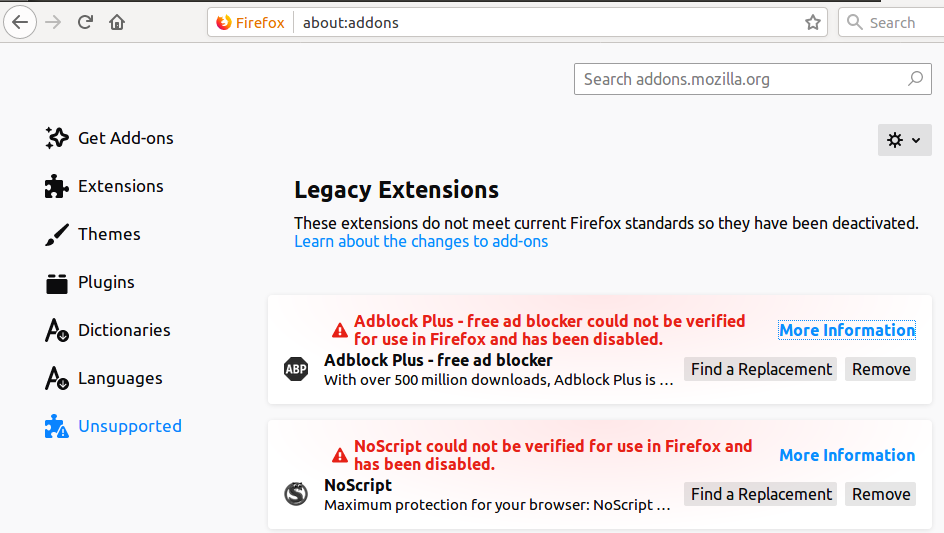 Help! What should I do now???
I need NoScript and AdBlock Plus to improve my surfing speed!!! 0:-)

Firefox 66.0.5 has now been released by Mozilla which avoids the Master Password issue in 66.0.4 which prevented the previous fix from working in some cases.

After the update arrives in the Ubuntu repositories, anyone who has used the workaround and disabled extension signing in about:config should re-enable it by double-clicking on the:

settings again to set them back to the default value of true.

Firefox 66.0.4 has been released by Mozilla which should fix this without requiring the Studies functionality and is now in the package repositories for all supported branches of Ubuntu.

This workaround is now obsolete.

Please use the the official method to get rid of this issue...

Just open a new tab and go to about:config and filter on signatures.required and double click both of them to turn them from true to false:

and the nasty red turns into a fine yellow: 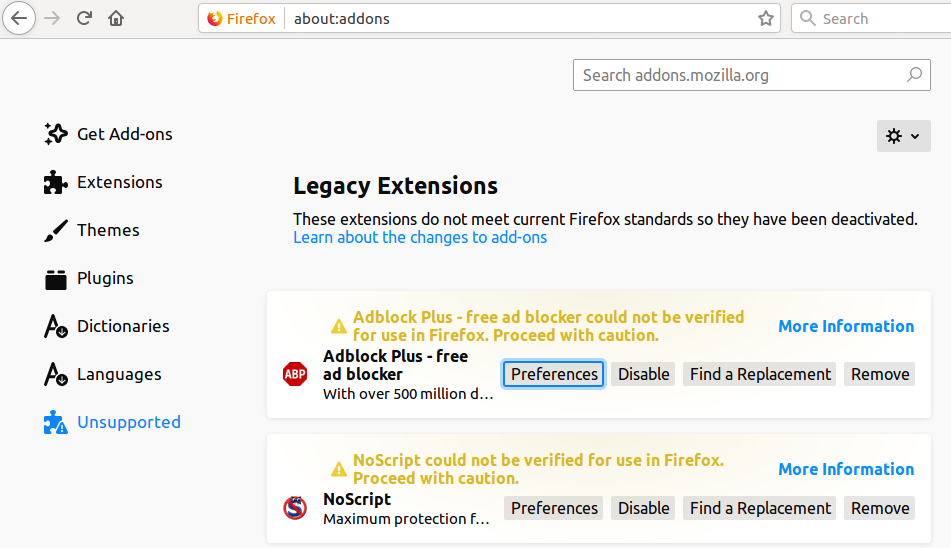 Which allows me to move on for the moment, until:

Not the answer you're looking for? Browse other questions tagged firefox firefox-extensions or ask your own question.