Only openjdk-11-jdk and newer seem to be available. Is there any way to install the OpenJDK 8? Preferably without adding a PPA.

So you can now do the usual

without adding any PPAs or downloading .deb packages.

As an aside, I believe the package was removed from 19.04 (while originally being there) because it was (erroneously?) removed from Debian testing (related bug report) and then cleaned up downstream. It has been re-added today by its maintainer Matthias Klose aka doko.

While PPA is the preferred method to install JDK 8 in order to get timely updates and fixes, but if you still want to install without PPA, you can download and install JDK 8 from Ubuntu's pool of Universe packages.

If you want to install using PPA, add openjdk-r ppa and install:

Kulfy's answer is working for me. However, I had to make some changes in order to make it work on Ubuntu 19.04. 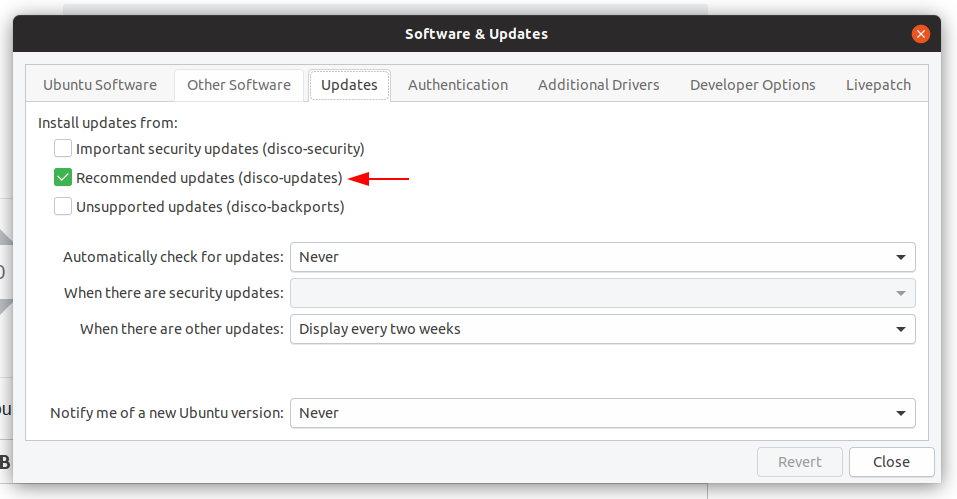 Not the answer you're looking for? Browse other questions tagged jdk openjdk 19.04 or ask your own question.

4
How to install Java 8 on Ubuntu 19.04
18
java.lang.NoClassDefFoundError: javafx/application/Application

0
I installed the OpenJDK-7 but my runtime environment wasn't upgraded to 7?
14
Which Java package should I use: OpenJDK or Oracle JDK?
57
Replace openjdk with oracle-jdk on Ubuntu
13
OpenJDK vs. Oracle JDK for Android Studio
4
Downgrade from OpenJDK 8 to OpenJDK 6
6
How to install openjfx along with openjdk-11?
2
How to install OpenJDK 10 on Ubuntu 19.04