Dual boot Ubuntu 18.04 and Windows 10 in UEFI w/o CSM and pre-installing GPU driver

I basically gave up trying to dual boot Ubuntu 18.04 desktop and Windows 10 Pro on the ThinkPad X1 Extreme (i7-8550H w/ GTX 1050 Ti Max-q) I got. I tried every combination of the following, installing Windows 10 fresh every single time:

Live Server and Standard Server, apparently I just wasn't smart enough to setup and get an internet connection going, but was actually able to get into the installation process regardless of Boot Mode. LIve Server wouldn't let you progress in the install without an internet connection and my hours of attempting to setup the WiFi never worked. Same with Standard Server.

Otherwise, the Desktop installations fell into two categories regardless of partition type or distro:

UEFI only w/o CSM: Black screen after selecting Install Ubuntu or Try Ubuntu before installing, so obviously the USB is working. Good resource on this (#3):

My computer boots to a black screen, what options do I have to fix it?

UEFI only w/ CSM or Legacy only w/ CSM: Actually, was able to get into the installation process, but freezes at the very end when asked to restart. Force shut down. Load Ubuntu and then it freezes at the login screen 95% of the time. The other 5% of the time you enter your password to login and it freezes or you actually get in, but then it freezes. Note, this is after letting it sit for 10 minutes, so it is taking extremely long to do simple things.

A variation of this is to enable the following when installing Ubuntu: acpi = off, nolapic, and nomodset. It doesn't freeze at the end of installation when asked to restart. Sounds promising! But then you are met with a white screen and garbage text when you start up the Ubuntu install, like this:

Garbage black text on white screen on a server

So I've had several days to think about this and I think it is a GPU driver issue. Here is why:

So my question is: How do you install the GPU driver when installing Ubuntu desktop in UEFI w/o CSM?

I have Windows installed as UEFI w/o CSM, I have it dialed in, and I'm not trying to do another reformat. Want to install both under UEFI w/o CSM.

Not seeing an option to go into the GRUB2 or bash CLI to make any changes. 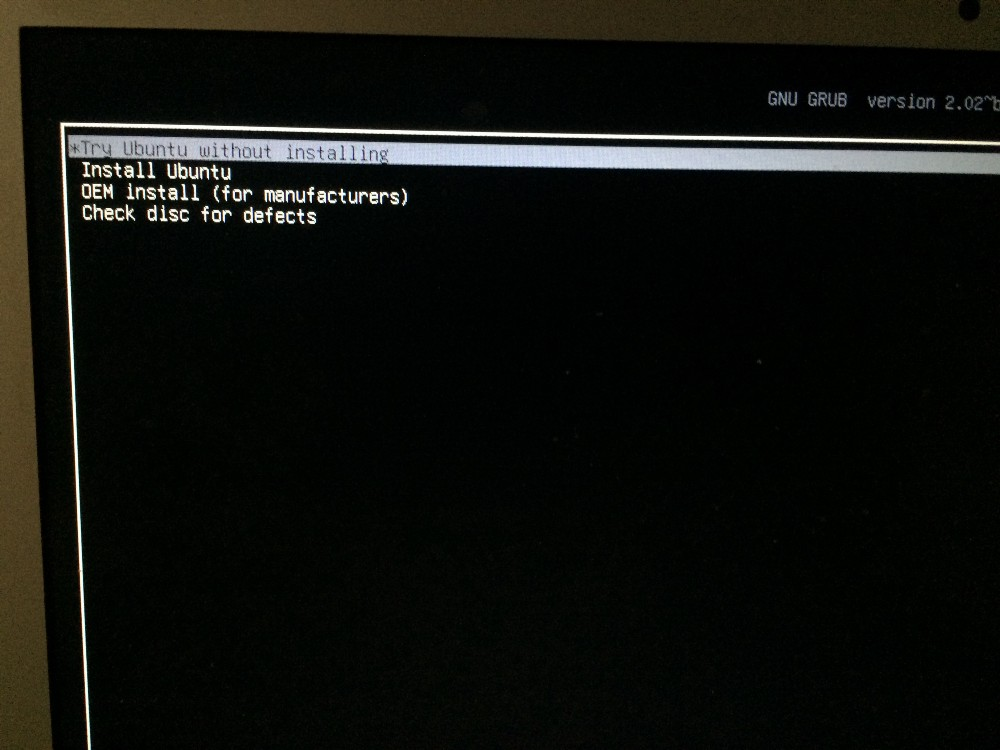 Browse other questions tagged boot dual-boot uefi or ask your own question.

488
My computer boots to a black screen, what options do I have to fix it?
4
Garbage black text on white screen on a server