I have a machine with Windows 7 (which apparently isn't being detected) and I'm trying to get it to dual boot W7 and Ubuntu. My BIOS (not UEFI!) is Phoenix Technologies 2.07 and through checking C:\Windows\Panther\setupact.log , I can confirm that it is a BIOS. I also know that the installer (running from USB device) is indeed in legacy mode because there's no splash screen like this:

And I'm under the 4 partition limit. So, what am I doing wrong? Or is it safe to ignore the warning? 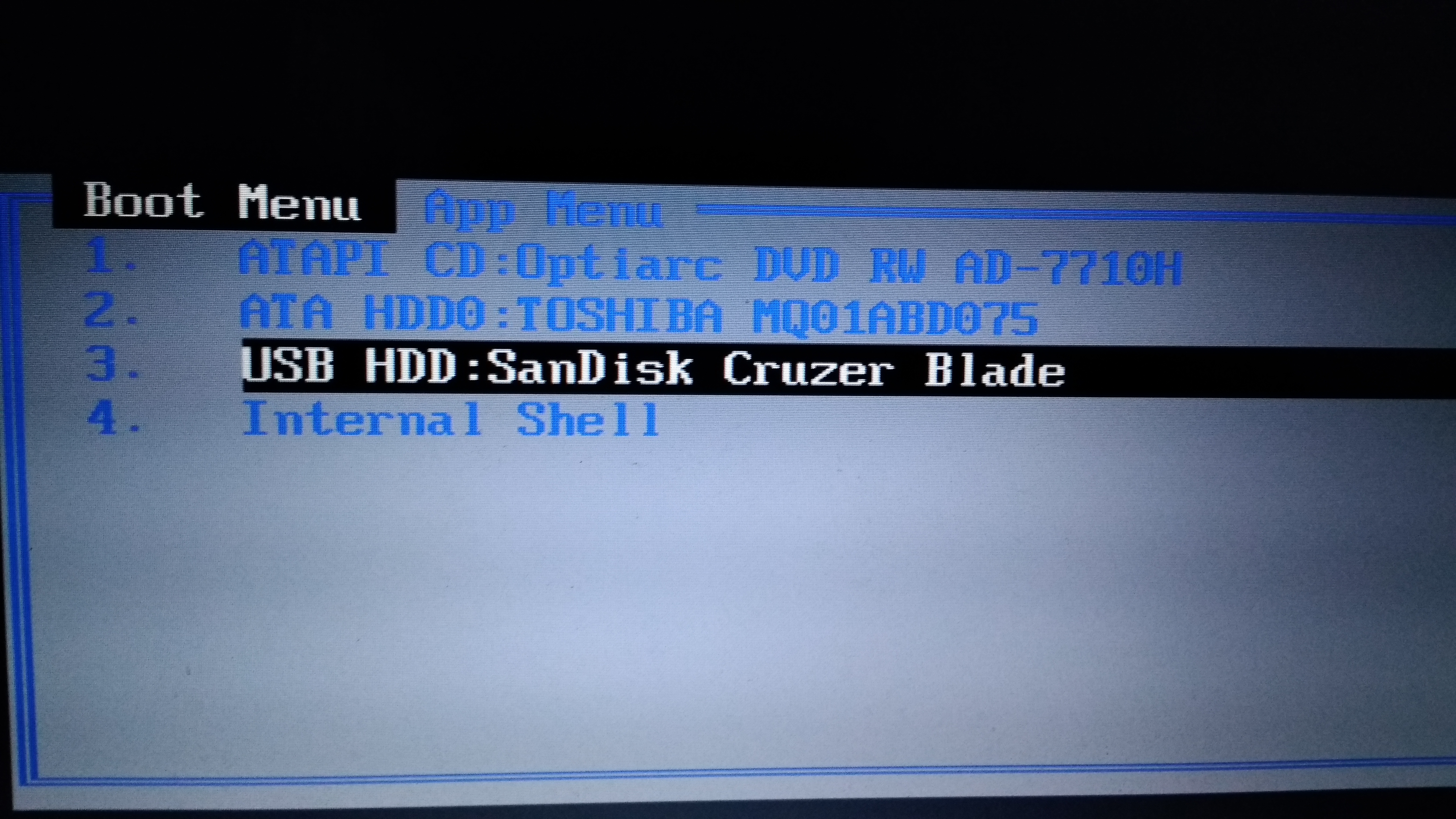 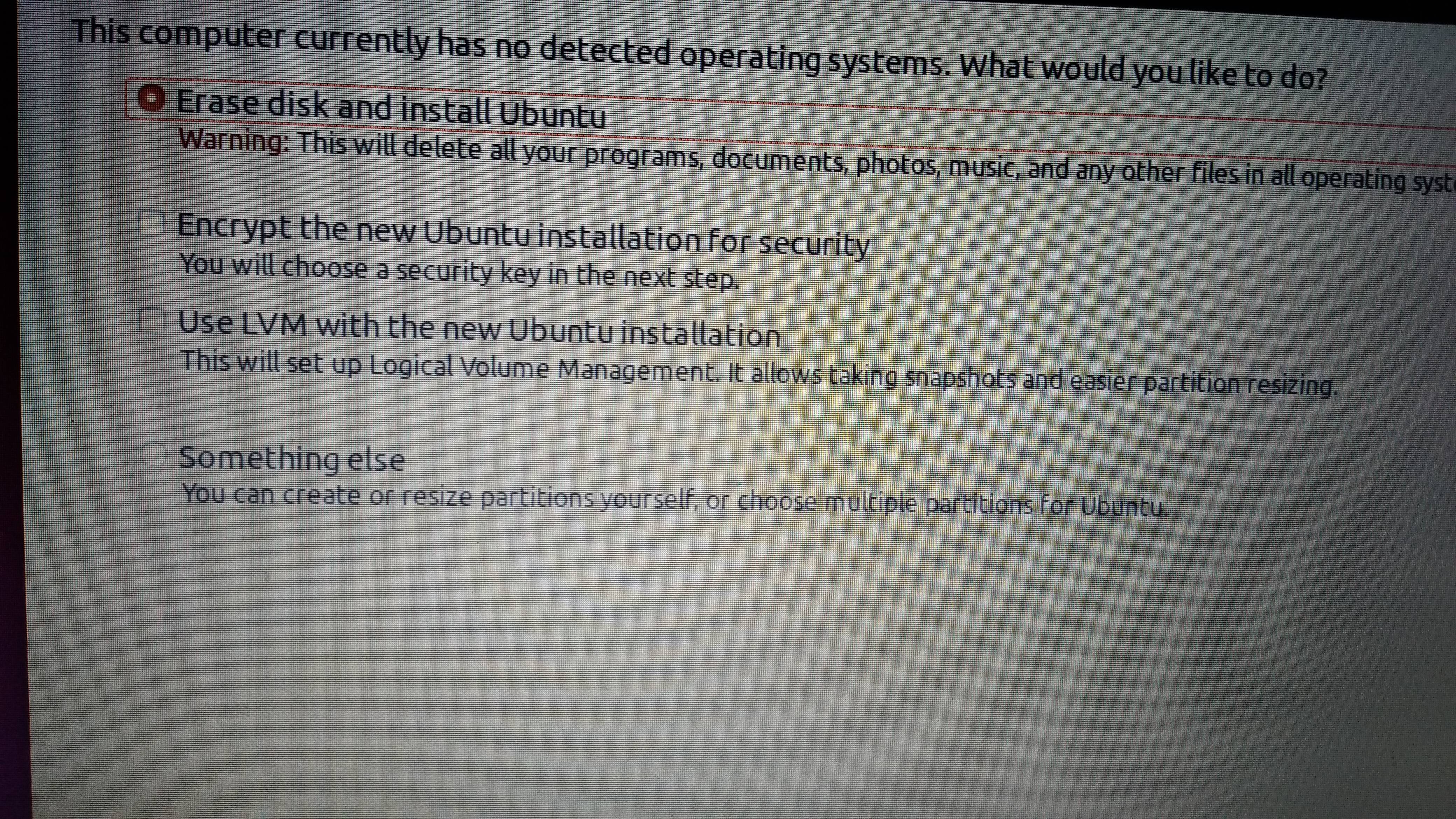 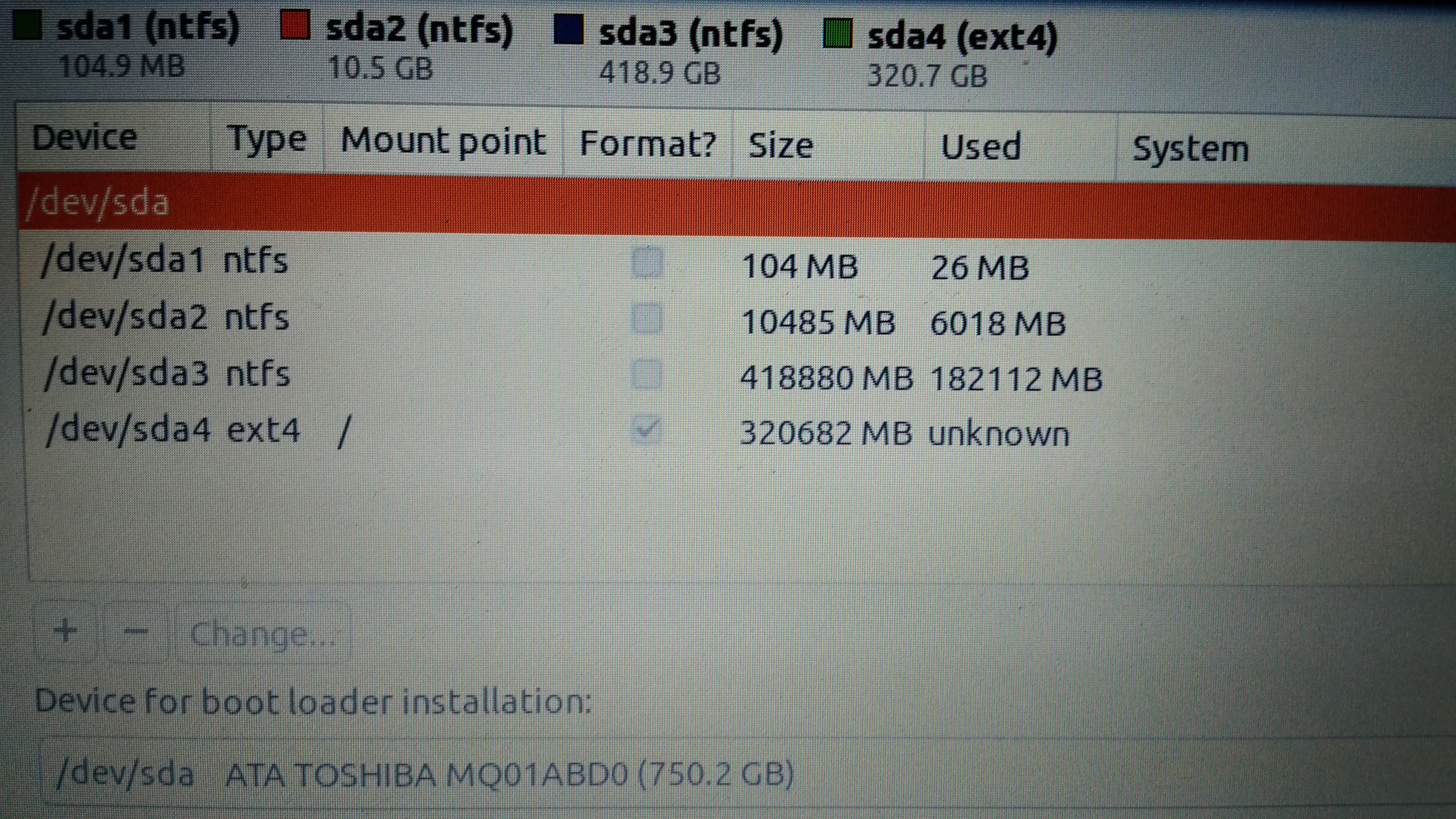 Warning: "No EFI system partition was found. This system will likely not be able to boot successfully, and the installation process may fail." Crash message: "The 'grub-efi-amd64-signed' package failed to install into /target/. Without the GRUB boot loader, the installed system will not boot."

What my problem was:

The installer was running in UEFI mode (there were files in /sys/firmware/efi) even though my system doesn't support UEFI and Windows 7 is installed in BIOS mode. In my BIOS's boot menu, there was only one option: to boot from USB HDD. To create the bootable USB stick, I initially used Rufus but I also tried Universal USB Installer; I'm not sure if that made any difference.

What worked for me:

after an unsuccessful installation (not sure if this is relevant) that failed with "The 'grub-efi-amd64-signed' package failed to install into /target/. Without the GRUB boot loader, the installed system will not boot.", I closed the error message, rebooted into Windows, deleted the EFI folder in the USB drive, restarted, booted from the USB drive and got 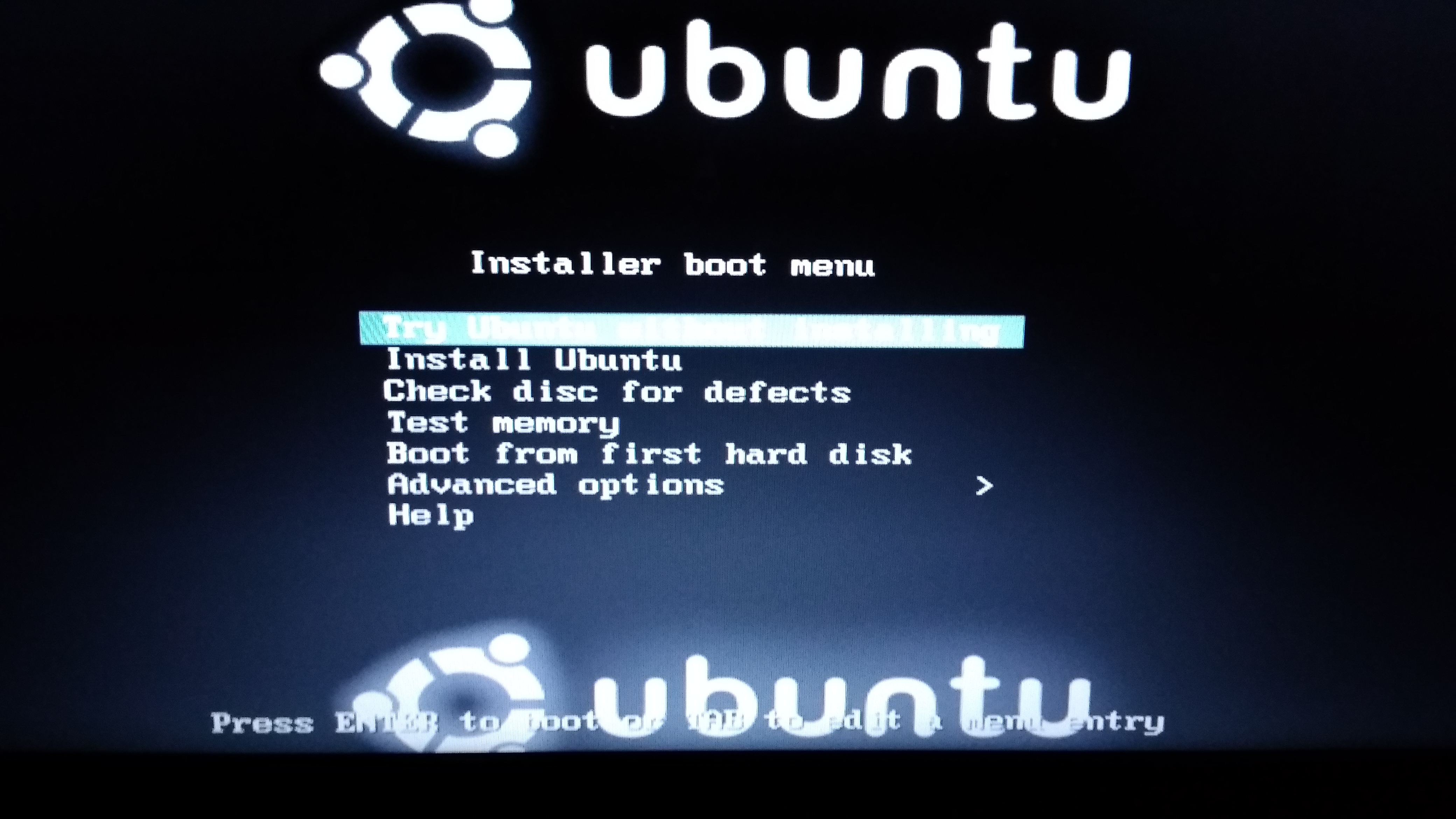 (Before, I was taken straight to the installer screen.) This time, Windows 7 was correctly identified by the installer (although I didn't get the "Install Ubuntu alongside Windows" option that assists with the partitioning). The only option is to select "Something else" as the installation type to manually do the partition. Since the Ubuntu root partition would leave me right at the limit of 4 primary partitions for BIOS, I decided not to create home and swap partitions. (Look into extended partitions if you'd like to have those.) The installation proceeded smoothly after that. 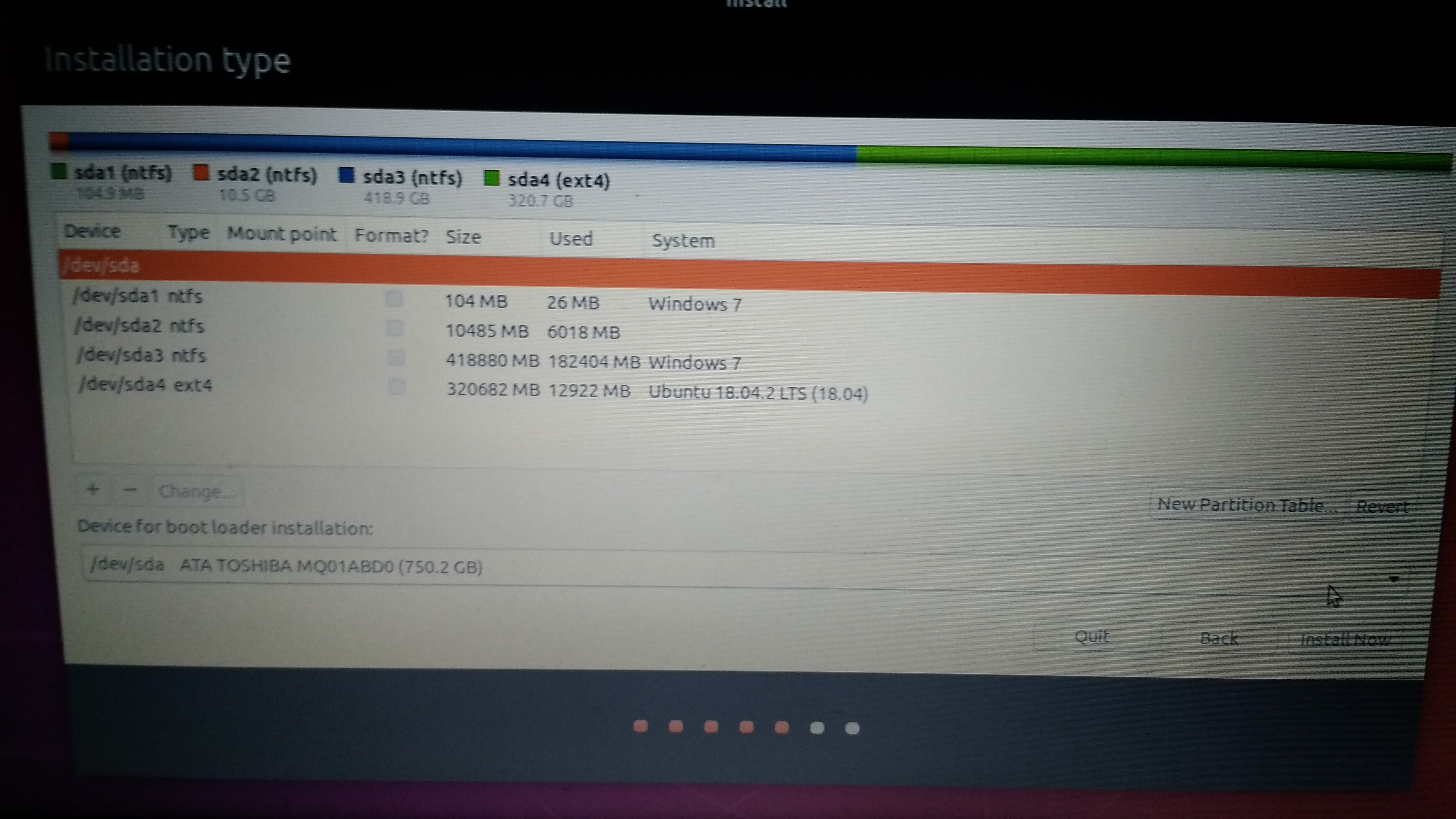 Not the answer you're looking for? Browse other questions tagged dual-boot partitioning system-installation uefi usb-installation or ask your own question.

2
How do I change the PC boot from Legacy to EFI mode when boot-repair warns me?
1
Problem installing ubuntu 13.10 on Legacy BIOS machine
3
No efi system partition was found when trying to install ubuntu next to windows 10