I have been using Ubuntu for quite sometime now. I have a dual boot system with Windows 10 and Ubuntu 18.04. I have used this combo ever since Ubuntu 18.04 came out. Earlier, grub would always show and accept 1920x1080 as its display resolution. I have had various system crashes along the way due to which I have had to install Windows and Ubuntu thrice. Recently, I have noticed a peculiar thing. My grub doesn't show 1920x1080 resolution when I use videoinfo command at grub terminal. The highest that it goes is 1280x720. I have tried to fix it by manually making an entry in the grub file but it was of no help. 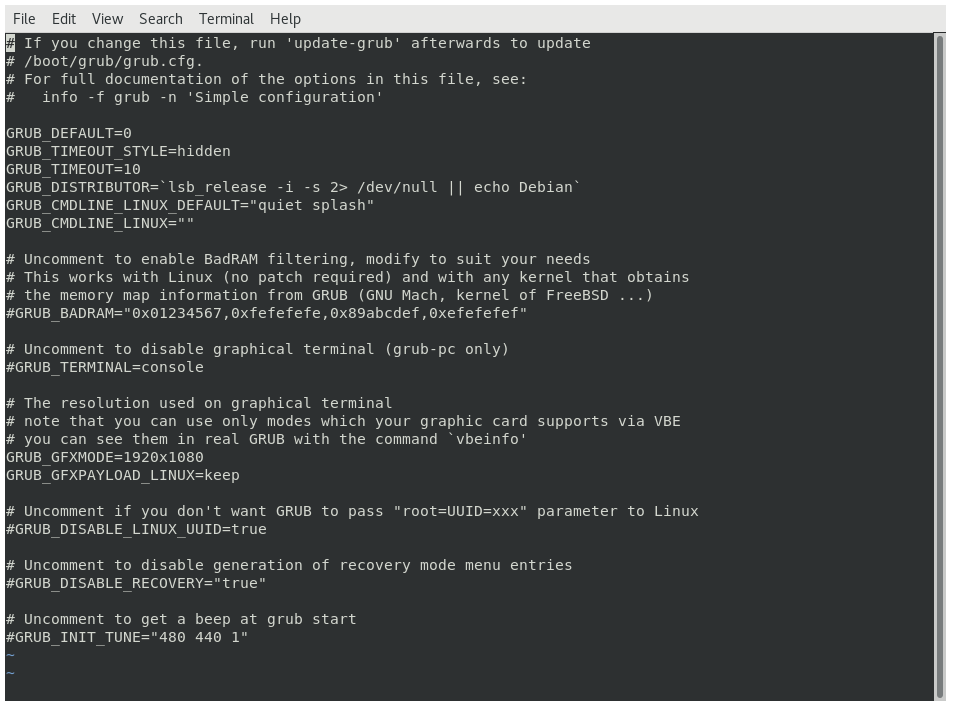 Note: I am running in UEFI mode.

Edit the file /etc/default/grub and find the line:

Then change it to:

See that this will sort out your problem. Also note the advice at the beginning of the file:

If you change this file, run 'update-grub' afterwards to update /boot/grub/grub.cfg.

There's very little video control at the GRUB screen level. It's best to leave /etc/default/grub at...

This parameter only effects the GRUB screen, and this setting will display large enough font characters for easy viewing.

How to fix plymouth (splash screen) in all Ubuntu releases!

Not the answer you're looking for? Browse other questions tagged dual-boot grub2 18.04 display-resolution grub-efi or ask your own question.