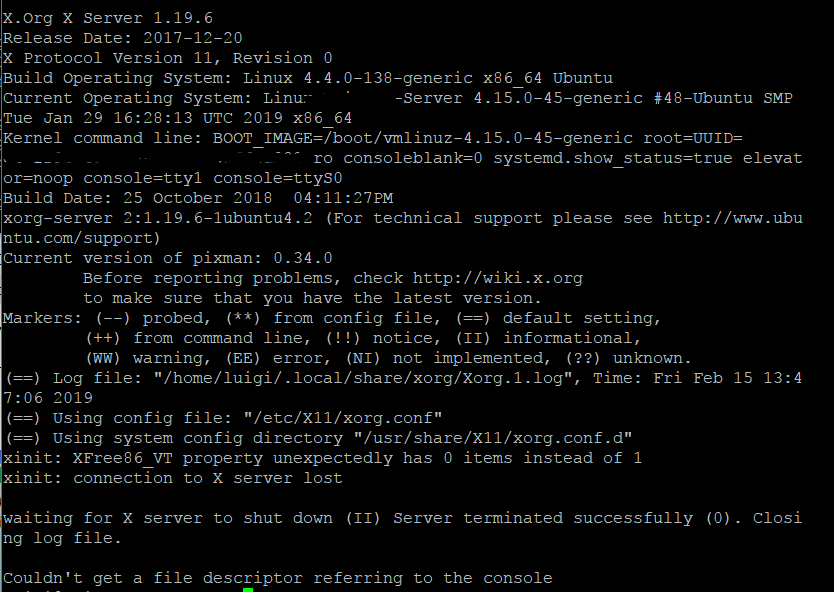 You will need an external rdp client, else there IS no display that can be recognize

Also, you must tell xrdp to use GNOME and allow non root login (if desired). No matter the desktop, the first command is needed for non root user login

My advice, though, is use cinnamon, XFCE, or MATE. GNOME has issue with xrdp.

Please also note you need a display manager (DM), which the server doesn't come with. Some desktops come with one, else I recommend lightdm

I also do not recommend VNC; it has performance and security issue. I usually tunnel rdp over ssh for security

11
How to get Lilliput USB monitor working?
1
NVidia dual monitor set-up 11.04
0
How do I set resolution to 1440x900 with Nvidia?
2
External monitor does not correctly display on GMA500
1
Rotating one screen with xinerama in a multihead setup
0
Intel HD4600 screen tearing on Ubuntu 17.04
0
uknown display in display settings and low resolution. Not getting Edid information because of bad checksum