Can I separate audio output in two device? Devices that I want to output are laptop speaker and headphone.

There was no results in googling. And in setting, there was no button for generate for separating.

My laptop is MSI62 2QF. I frequently change hearing position so I want to change setting.

separate audio output in two device it is unclear: do you want two playback sources each in a separate output or do you want one playback in both internal speakers and headset?

If you want two or more playback sources each in a separate output: that is possible with pavucontrol (PulseAudio Volume Control): you should be able to output each different playback source to a separate device, like for example VLC to headset and Qmmp to internal speakers. 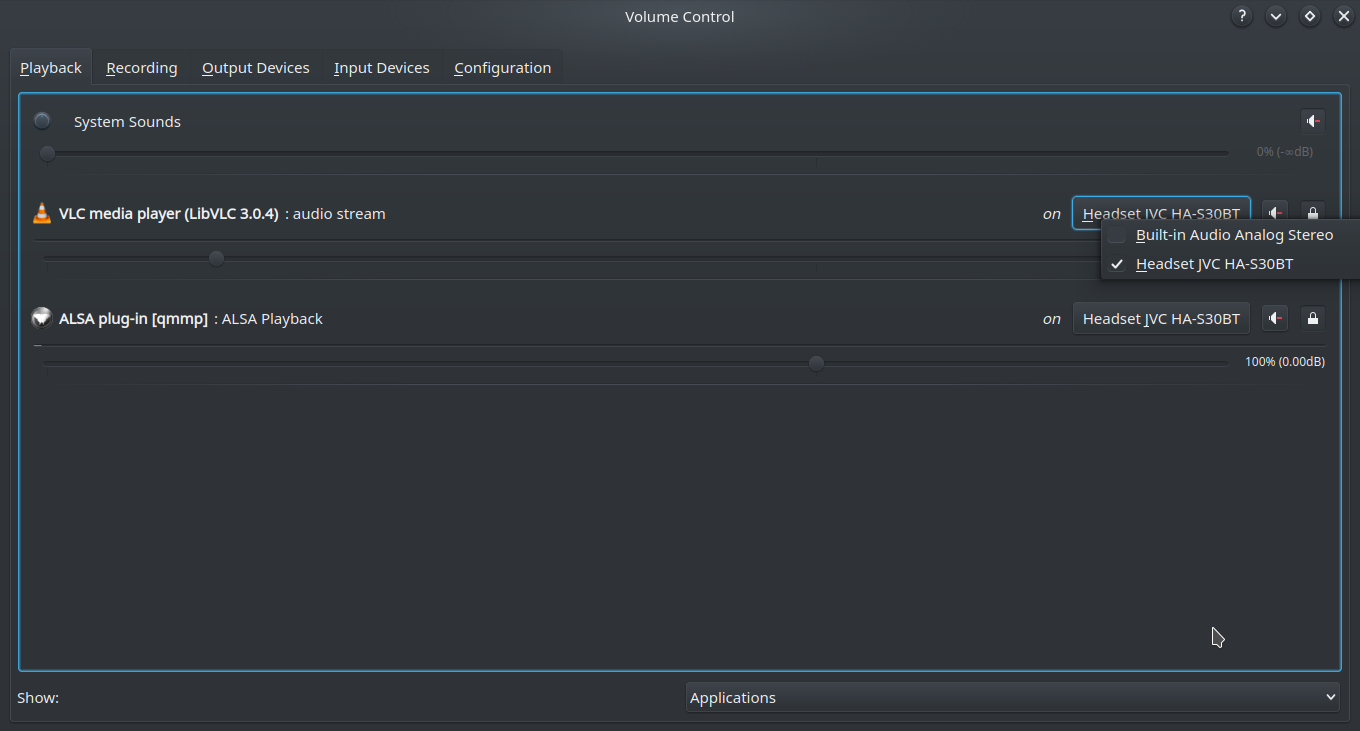 Depending on your desktop the same options may be present in the default audio volume settings (e.g. in Plasma:Audio Volume Settings > Audio Volume > (tab)Applications). 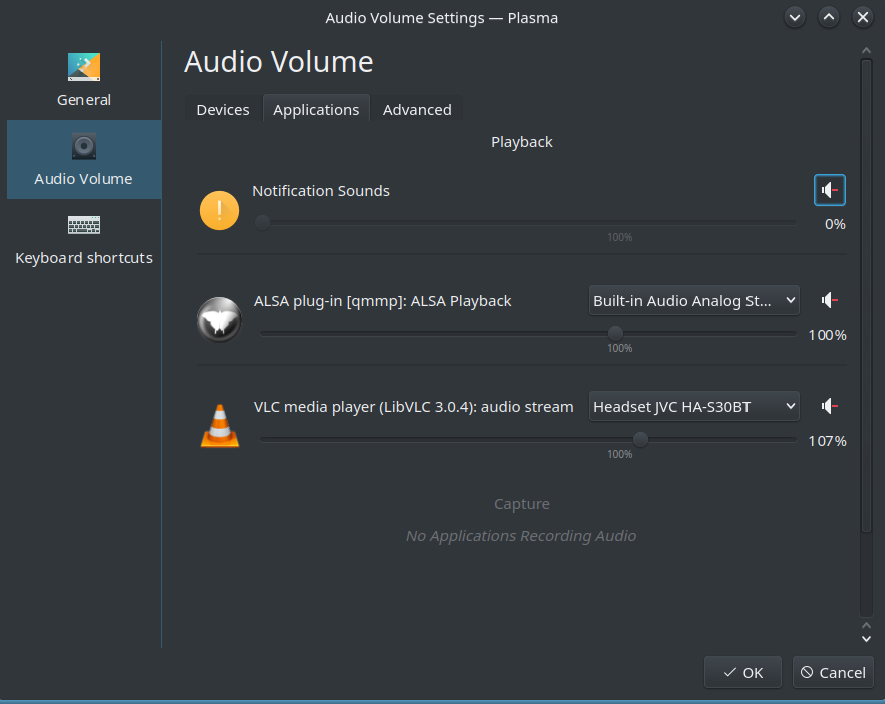 If you want playback in all output devices at the same time (e.g. in both internal speakers and headset): as indicated here install paprefs and set it (selecting the “Simultaneous output”). 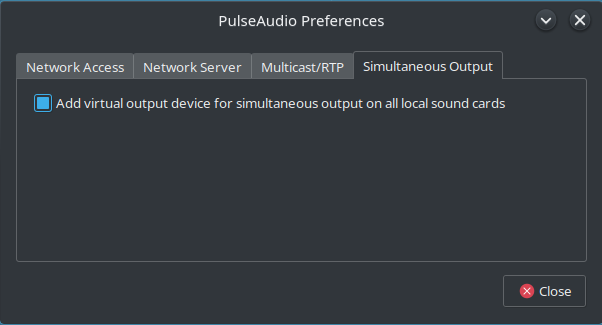 But I am in Kubuntu 18.04, and in Plasma 5.12 paprefs is not needed, as a similar setting is already there: 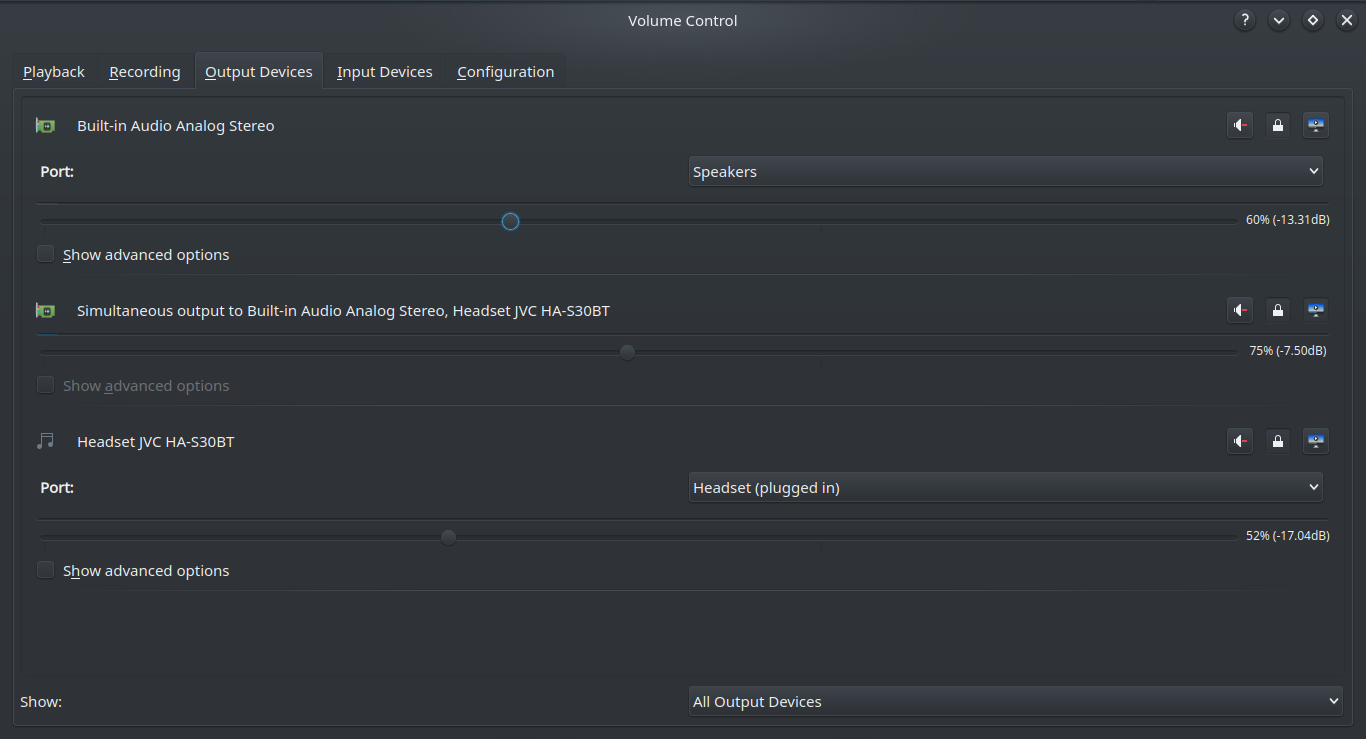 Not the answer you're looking for? Browse other questions tagged 18.04 sound or ask your own question.