I have this sudo crontab -e job entry I setup in April then forgot about:

What it does is keep down the size of journalctl files each month so they are only 200 MB in size (or thereabouts).

I followed these instructions:

However I only received the following e-mail on January 1st, 2019 saying the job has finally run. I don't recall receiving an e-mail after setting the job up in April 2018. Why is this monthly job only running on New Year's Eve? : 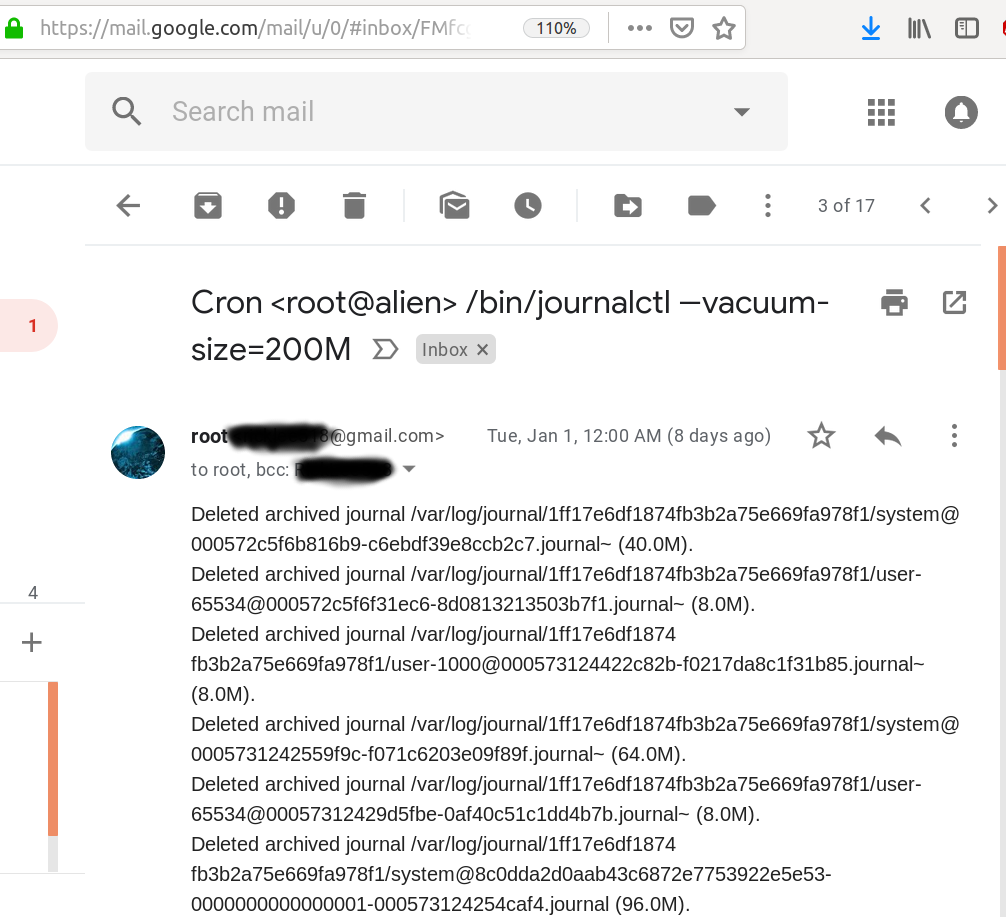 At the very end it says 1.2 GB of space was freed. However it means about 1 GB was wasted until the job ran on New Year's Eve.

The reason the job only ran on New Year's Eve is all the other first days of the month your machine was shut off at the stroke of midnight.

The easiest way is to not use sudo crontab -e but rather create a bash script in the directory /etc/cron.monthly. Make sure the script filename doesn't contain a . in it. Filenames containing a . such as Monthly job.cron or MonthlyUpdate.sh will not run.

In this case use:

Save the file and exit gedit. Make the script executable using:

Now the first time the machine is turned on each month, be it 1st day of month at 7:00am or even 2nd day of month the cron job will run. 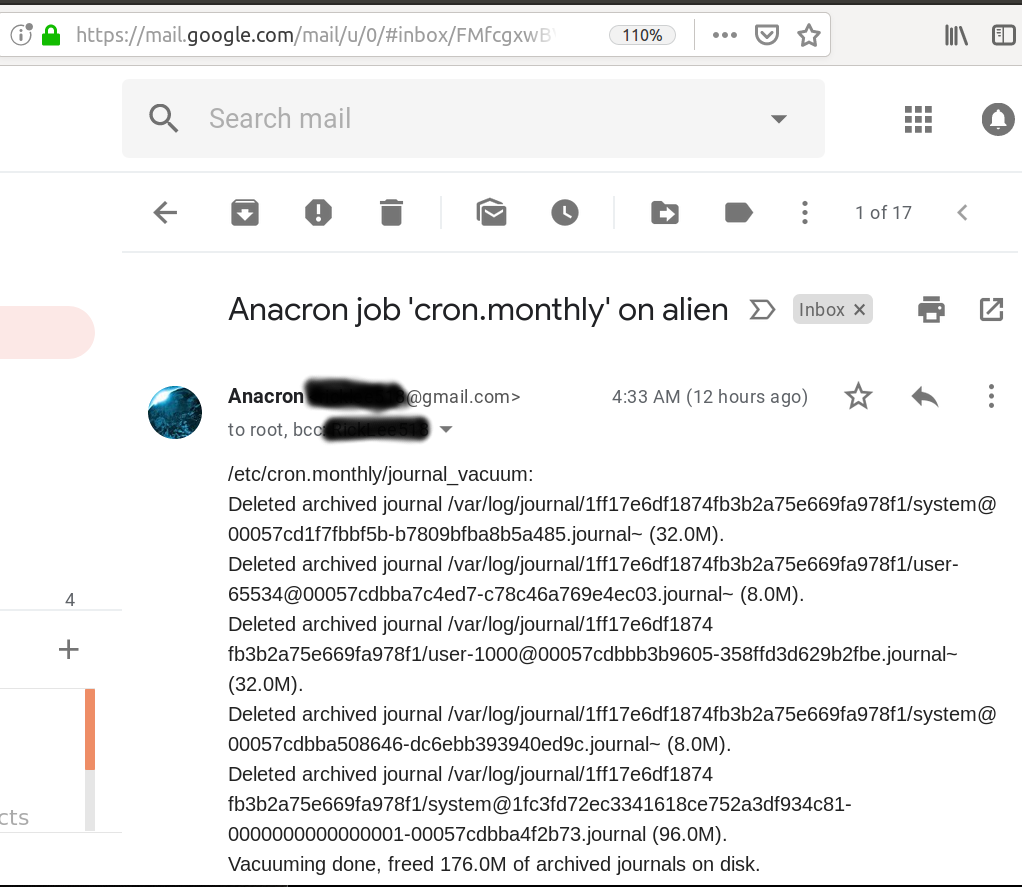 Hopefully the cron job runs again on Feb 1, 2019 as anticipated!

The script in /etc/cron.monthly/ did not run on February 1, 2019. Digging deeper I found this explanation:

Following the link's explanation I discovered:

Therefore with sudo powers I used:

Time to reboot and test...

After reboot an email was almost instantly sent:

Now we can see: