I followed this video https://www.youtube.com/watch?v=dWxiLiXbLIc , but always I got this error: 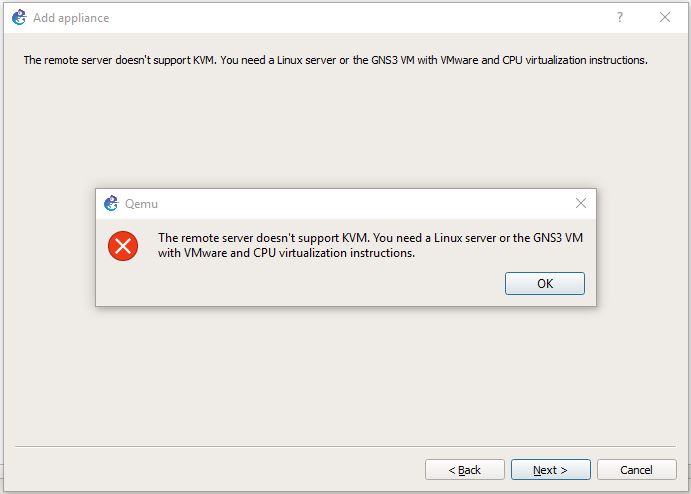 I already installed GNS3VM with Virtualbox and it's already working and as shown :

For anyone will or had faced the same problem, I had found the answer and I will post it below:

If you happen to own a system with AMD processor, see https://youtu.be/bZKTRIF7UJg how to configure VirtualBox to support nested virtualization. If your system uses an Intel processor, you have to use VMware Workstation or Player to run the GNS3 VM. It's currently not possible to use IOSv with VirtualBox on Intel processors.

Not the answer you're looking for? Browse other questions tagged virtualbox cisco or ask your own question.