I want to use gdm3 but unfortunately, it does not work. After booting it just completely hangs. 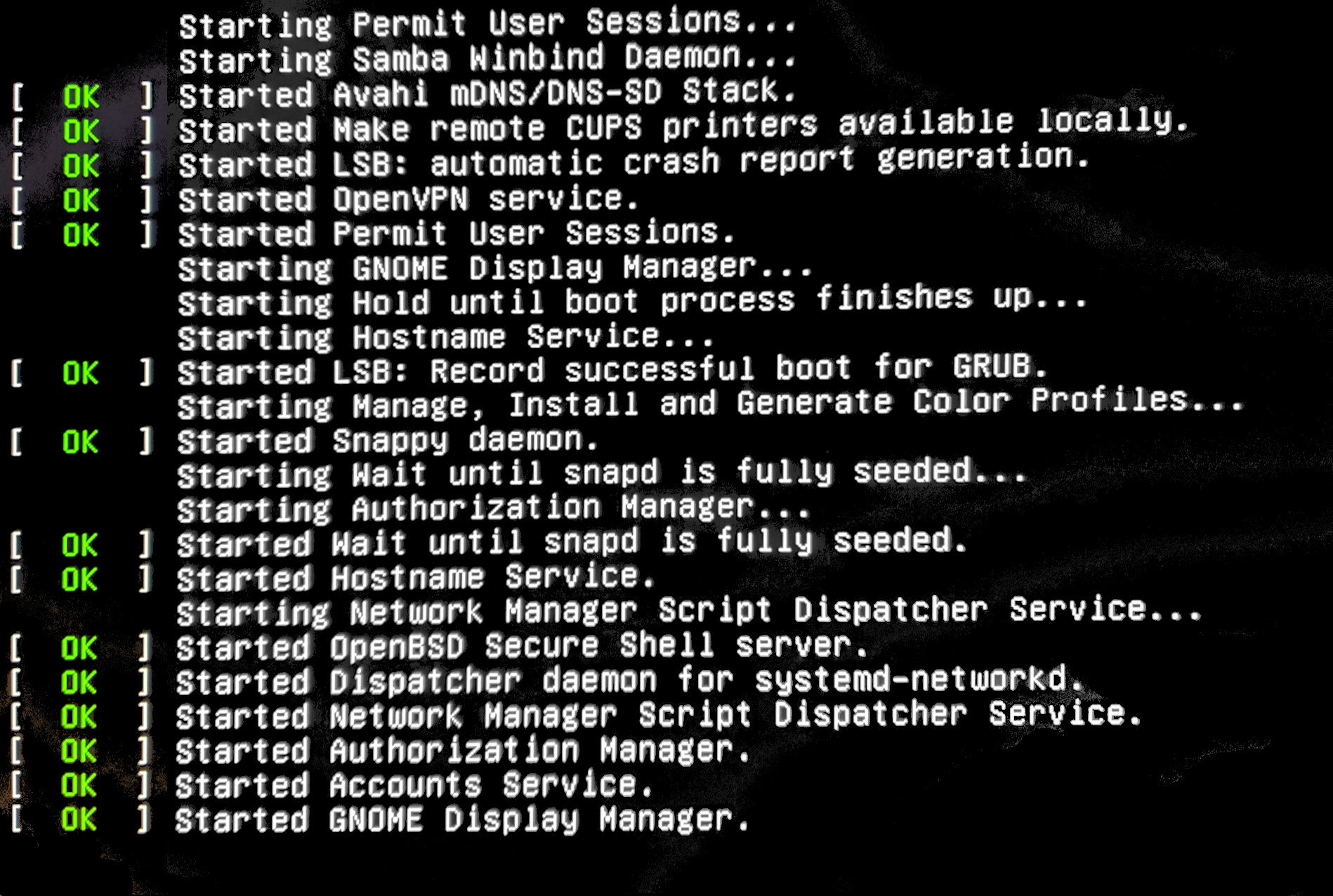 It just does not do anything. Installing lightdm and activating it via sudo dpkg-reconfigure lightdm does work but then again that's not what I want.

Does anyone know how I can get gdm3 to work?

Not sure if this is going to fix your problem, but it's quick, so it's worth a try...

Not the answer you're looking for? Browse other questions tagged nvidia gnome 18.10 gdm timeout or ask your own question.

0
Ubuntu 14.04 desktop does not load after login
0
Building custom live Ubuntu Gnome 3.12.2 based, only for GDM: authentication failure
3
How to set unity as default after installing ubuntu-gnome-desktop in Ubuntu 16.04?
6
Suspend does not work with gnome and gdm3 on 17.04
0
Ubuntu 18.04 boots to black screen without nvidia, tried lightdm, xfce, but nothing worked
0
boot hangs at “Started GNOME Display Manager” after updating to 18.04 (kernel 4.15.0-66)
0
gdm3 login loop, lightdm works in Ubuntu 20.04
0
Ubuntu 18.04.4 LTS stuck on black screen 2 days after OS being installed (won't start GDM or lightdm)