How do I disable screenshots with 'fn+s'

Ubuntu 18.04 Cinnamon. The Fn + s screenshot tool is filling my ~/Pictures/ folder with unnecessary screenshots from accidental keystrokes. How do I disable this permanently?

The Menu > Keyboard dialog has a 'Shortcuts' tab, but neither 'screenshot' nor Fn + s appear in any of its options.

This question is an exact duplicate of someone else's question for 17.10 from a year ago that still has no comments or answers.

Edit No one even seems to know what the problem even is. So, the question at hand now is:

Is the source of this problem

Can anyone suggest a method for determining which is at fault, so that I can then focus on that?

It's a laptop, so I can't change out the keyboard. 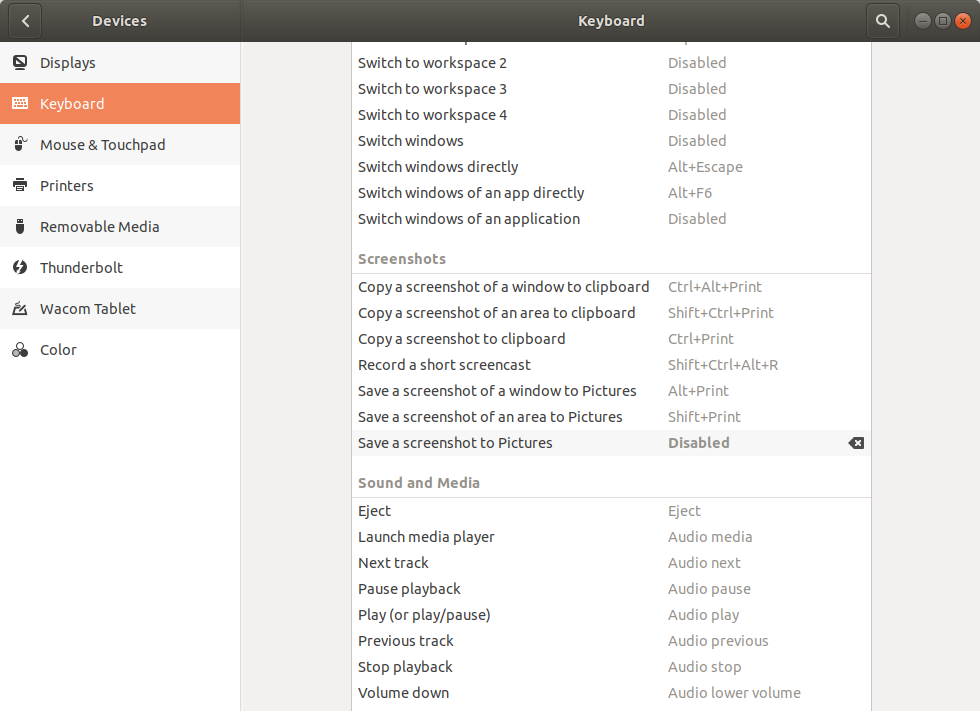 (update *** This should only be the answer if you have already failed after trying 73Gavin's answer... Which most people have probably already investigated on their own and blew off without trying(even me). But it actually worked on my system.)

The answer: Get another keyboard

It seems I lied.. I found another laptop I have that has a Fn key. It is a Lenovo brand, running ubuntu MATE 18.04. On that laptop I can reproduce the behavior you are describing.

The little I have been able to determine from everything that I have tried and read, the Fn key does not produce anything for the OS to directly consume. So the Fn key's keypresses aren't detected. Which is why when I tried to make a shortcut with the Fn key (like I suggested) it doesn't detect anything happening. From what I understand, the Fn key modifies the output of the other key being pressed. And that behavior is determined by the keyboard itself.

...Which is why when I plug a separate USB keyboard into my Lenovo laptop, the Fn+s does not produce screeshots from that keyboard.

....Hopefully you're on a desktop

(but, seeing that I can't see how it is possible at all for anyone to hit that key combination by mistake frequently, I would have to assume that you actually use your Fn key regularly. I would warn that this solution may be taking away from some other functions that you are used to?)

Not the answer you're looking for? Browse other questions tagged 18.04 shortcut-keys cinnamon or ask your own question.

3
How to deactivate a specific screenshot keyboard shortcut?