I am missing the Problem Reporting option in Privacy Settings, and I wanted to set it as manual. It was there when I installed Ubuntu, but now it's gone.

To clarify, I have Ubuntu 18.04 with the Pop theme and icons. The Problem Reporting option was there even after installing that theme.

Literally the only thing I did after a fresh install was following some of the steps in the following links; on one of the reboots, the option was gone forever. 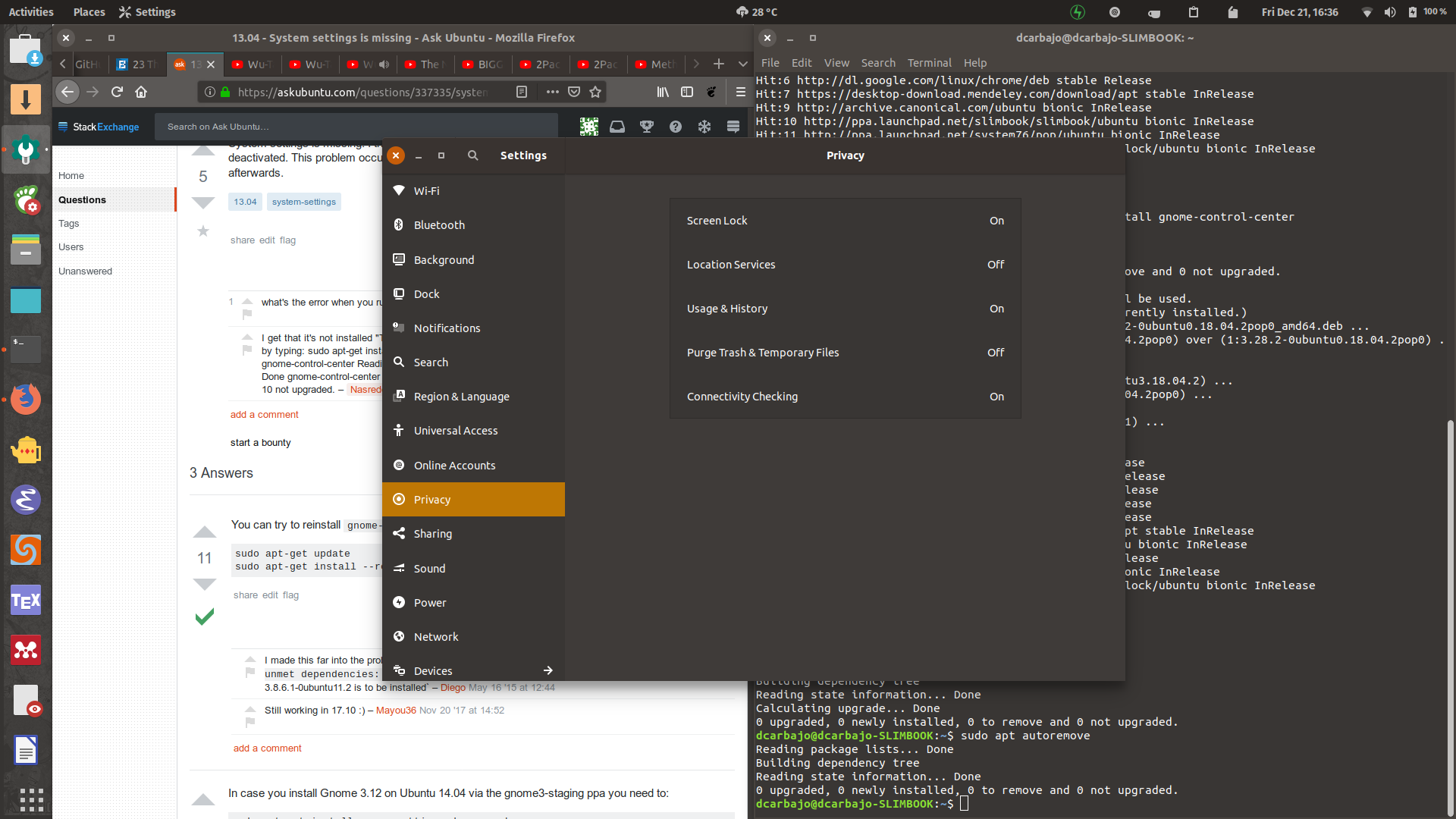 How can I get that option back?

How this would have happened or methods to reproduce the problem.

In my understanding the unofficial derivatives of Ubuntu like Pop!_OS remove options of bug reporting because they don't want their users to report bugs in Pop!_OS directly to Canonical (this is quite obvious since Canonical is not responsible for fixing their bugs) and they might haven't created the bug reporting mechanism for themselves (at least via their distribution)(if they have I don't know since I don't use Pop!_OS).

So, after adding repository of Pop!_OS, Ubuntu thinks the added repository has an updated version of gnome-control-center, that's why when upgraded, it uses Pop!_OS's repository, downloads and replaces the default version 1:3.28.2-0ubuntu0.18.04.2 with 1:3.28.2-0ubuntu0.18.04.2pop0 of gnome-control-center and install 2-3 more packages. Clearly the latter looks like a modified version and thus doesn't have Problem Reporting option under Privacy

The only workaround I think is remove Pop!_OS's repository and reinstall gnome-control-center

Note: Don't use sudo apt install --reinstall gnome-control-center since I got an error like Reinstallation of gnome-control-center is not possible, it cannot be downloaded. Moreover packages installed via Pop!_OS's repository will be there even after removing repository unless explicitly removed. So don't worry about icons and themes, you can still use that.

Then try to purge and reinstall fixing broken and missing packages.

Not the answer you're looking for? Browse other questions tagged 18.04 settings privacy or ask your own question.