Can I use the Logitech Touch Mouse M600?

Can I use the Logitech Touch Mouse M600 with Ubuntu? 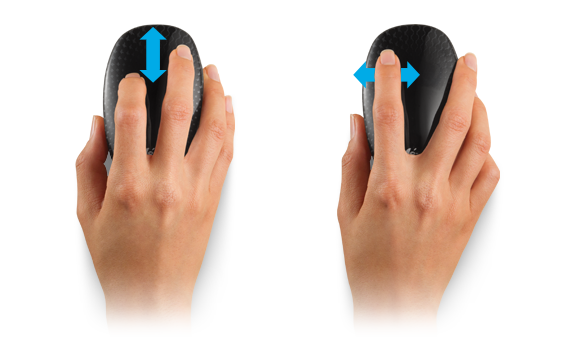 Specifically, will the swipe and scroll capabilities work? If not, can I still use it as a normal two-button mouse?

I do not want speculative answers. Please cite a case in which this has actually been tested.

Just bought the M600. It works out of the box. I also manage to pair it (using windows) with a unify receiver I was already using for the Keyboard. After pairing in windows, they both continue to work on Ubuntu without any additional effort. IS the receiver to be paired, not anything on the OS. The scroll works but swipe does not seem to work. I did not make any tentative. There is not middle-button, this is a device issue, not an OS specific one. Without middle button you cannot use ALT-MiddleButton combo to resize windows. I'm using it on Precise, 12.04. Never tried on 11.10 ora any other distro.

Plugged in the receiver all functions of the mouse work as described on the packaging. No Problems. TESTED AND WORKS perfectly with Ubuntu 12.04 and Gnome 3.4.1.

Scrolling Works and Swiping Works too!!

All functions are passed flawlessly to Virtual Machines and Remote Desktops (Window and Linux) as well.

You can have a look at HIDPOINT which from the looks of it are working on Logitech hardware.

"HIDPoint can be considered as a Linux version of Logitech’s or Microsoft’s Keyboard and Mouse configuration software."

From THIS blog which dates back 2 years ago I found the following list of supported hardware: 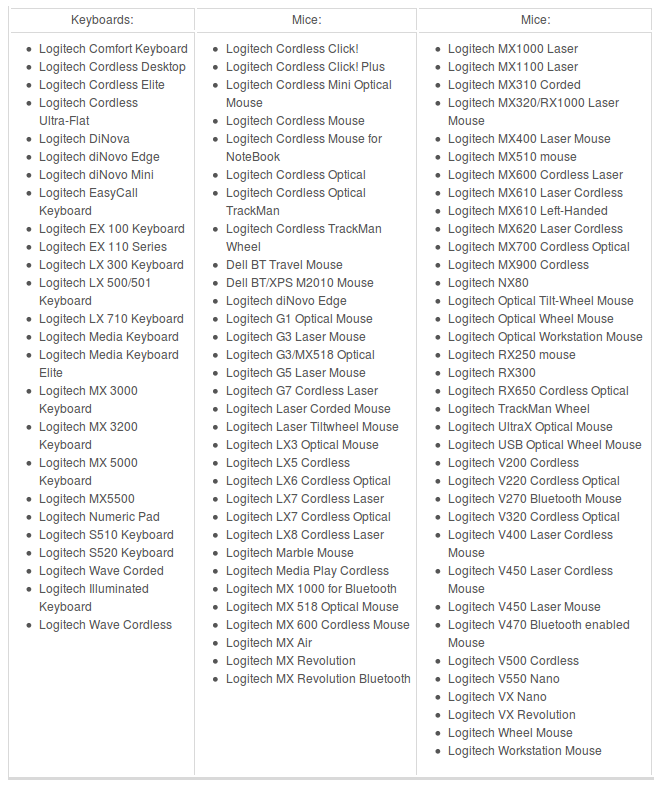 Since this was 2 years ago their might be more devices supported. The last update they did to the HIDPOINT software was in February 15, 2012 Version 2.1.1.172. So this means they are still working on implementing more Logitech & Microsoft devices into Linux. I don't have this mouse yet, but I already made my mind about buying this one and the anywhere mx mouse.

The only drawback is that they have support up to Ubuntu 10.10 as you can see HERE

The problem I see here is that the Unifying Receiver is supported from Kernel 3.2+ for what I could tell from KernelNewbies

UPDATE: In 13.04 it works perfect. You can also see http://pwr.github.io/Solaar/devices.html which is the devices Solaar supports as mentioned in Is Logitech's Unifying receiver supported?

However, it's not easy to handle, since almost the whole top of the mouse acts like a touchpad, there seems to be a lot of information going lost or are misinterpreted by the mouse-driver.

Left clicking for example is almost only possible when your hand and fingers (exept the one that clicks) are completely off the mouse, else it's executed as a right-click.

Hope that there'll be a specially designed driver for it soon!

Regarding the middle-button "issue", one option would be to map it to some key (ie: gesture key).

This'll map the "previous" gesture key (key which is not so much used, I think) to middle-button (paste).

But this is just an example, you can choose another mouse gesture key, as your need ;)

Not the answer you're looking for? Browse other questions tagged hardware mouse touchpad compatibility logitech or ask your own question.