Re: What is .dhpcd command and how to disable it?

Nowadays, my laptop frequently uses high %CPU (300%). I noticed that .dhpcd is involved in high %CPU. I could kill the process without any issue. However, it turns on automatically in about every 30 minutes. Strangely, the user is test in top (See the attached). I am wondering what it is, I would like to know how to fix or disable it completely (if it is okay). I am using ubuntu 16.04.5

The image is a capture from top while .dhpcd was on. 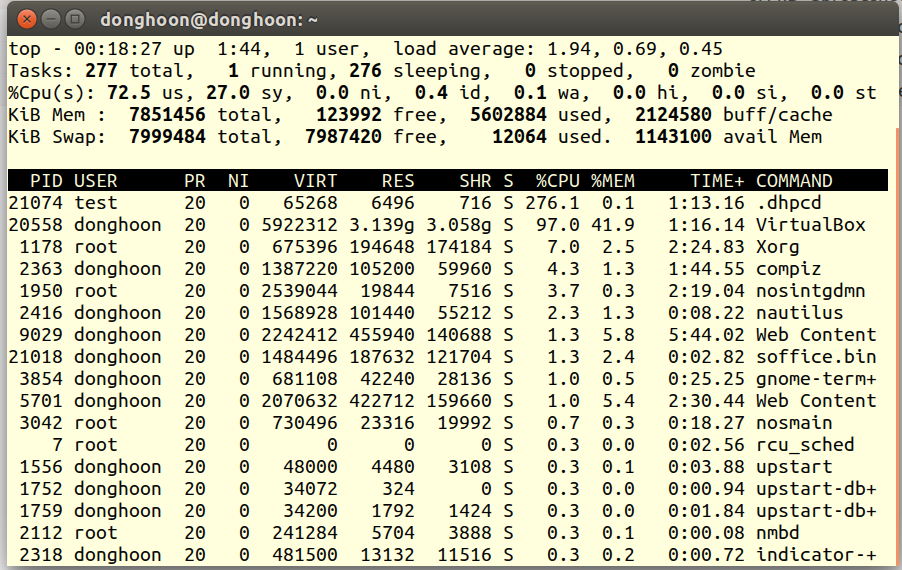 I am going to suggesting several things:

Now see what PPID, SUSER, RUSER, SUID says about that process. To trace the culprit.

Also, the attached picture is capture from top. 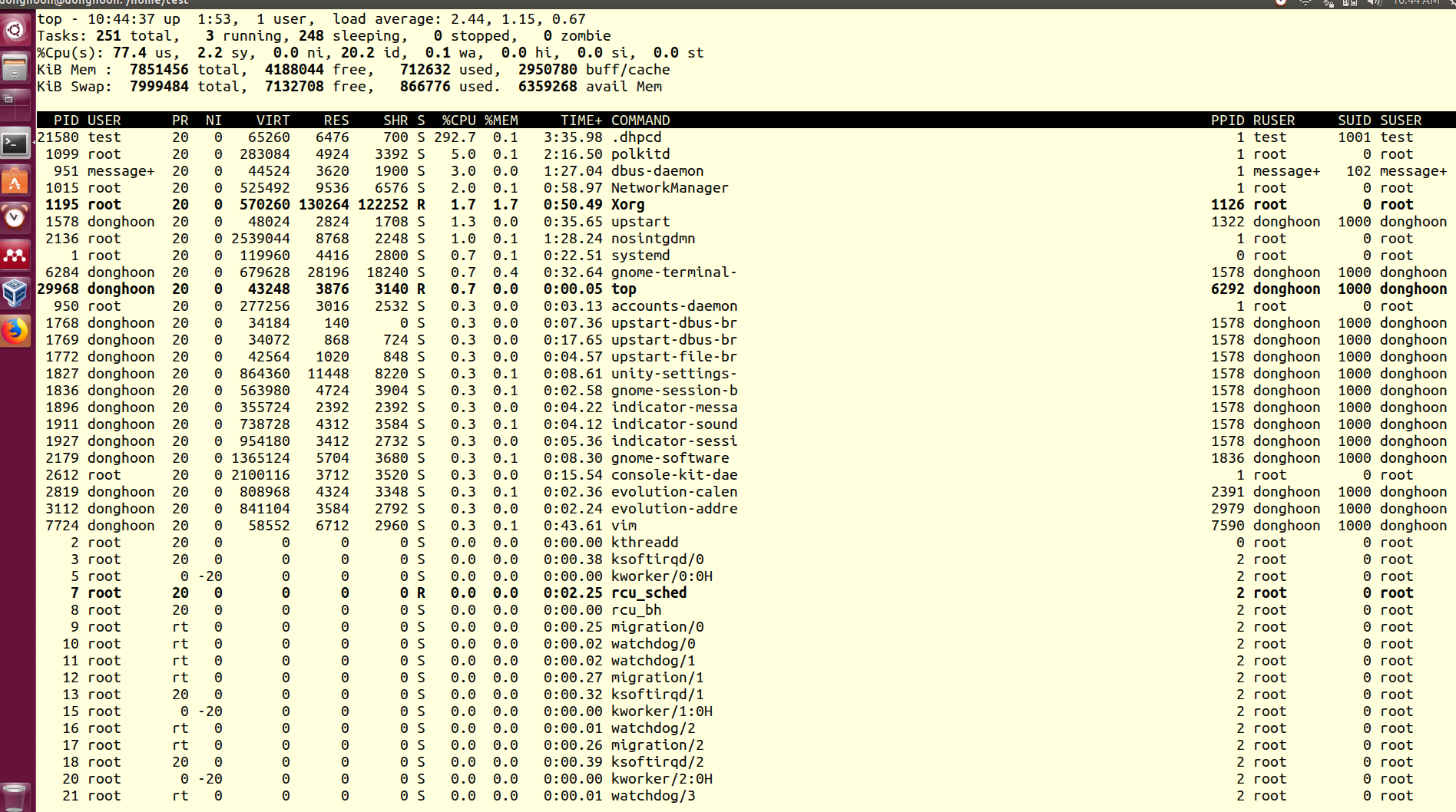 Quite a while ago, I created git page just for practice. Something fish is going on here..

Thank you all for your help, especially, George Udosen and Doug Smythies.

Some of the most practical commands were:

top : To figure out which command was taking all my CPU; I found .dhpcd was using all my CPU. Note that it is different from dhcpcd.

Googling with linux ".dhpcd": To learn what it is...

sudo userdel -r test : To get rid of a user test. This was because .dhpcd was executed by a suspicious user called test.

Finally I rebooted my laptop, and the issue has gone.

Note that I didn't remember if I had created the user test. Since I don't use the account, I deleted everything related to it. I do now know if the issue would have been resolved by deleting only .dhpcd.

Not the answer you're looking for? Browse other questions tagged cpu-load or ask your own question.

2
What are Kworker and SignalSender?
7
Why does Gnome System monitor never tell me what process is actually using the CPU?
5
What is fuser and why is it so processor hungry?
10
What is process “/usr/bin/X :0 -auth /var/run/lightdm/root/:0 -nolisten tcp vt7 -novtswitch -background none”?
24
How can I disable hud-service?
13
What is system load?
11
16 cores are not being utilized out of 80 cores
0
Ubuntu weird process use 60-70 percent of the CPU
12
How can I see what process spiked CPU usage and froze the system a few seconds ago?