I have been using Clementine as my main music player for a while now, and it has always perfectly matched the theme of my desktop environment (be that Gnome, Cinnamon or Xfce) until I installed the latest version of Ubuntu.

I am currently running Ubuntu Studio 18.10, and for whatever reason it isn't following the system theme. I have checked in Clementine's settings through; Tools>Preferences>Appearance and I have got 'Use the system default colour set' ticked. I understand that Xfce is a GTK desktop environment and Clementine is created using Qt but this has never been an issue with other GTK environments before.

To show you what I mean here is a picture of Clementine running next to Thunar: 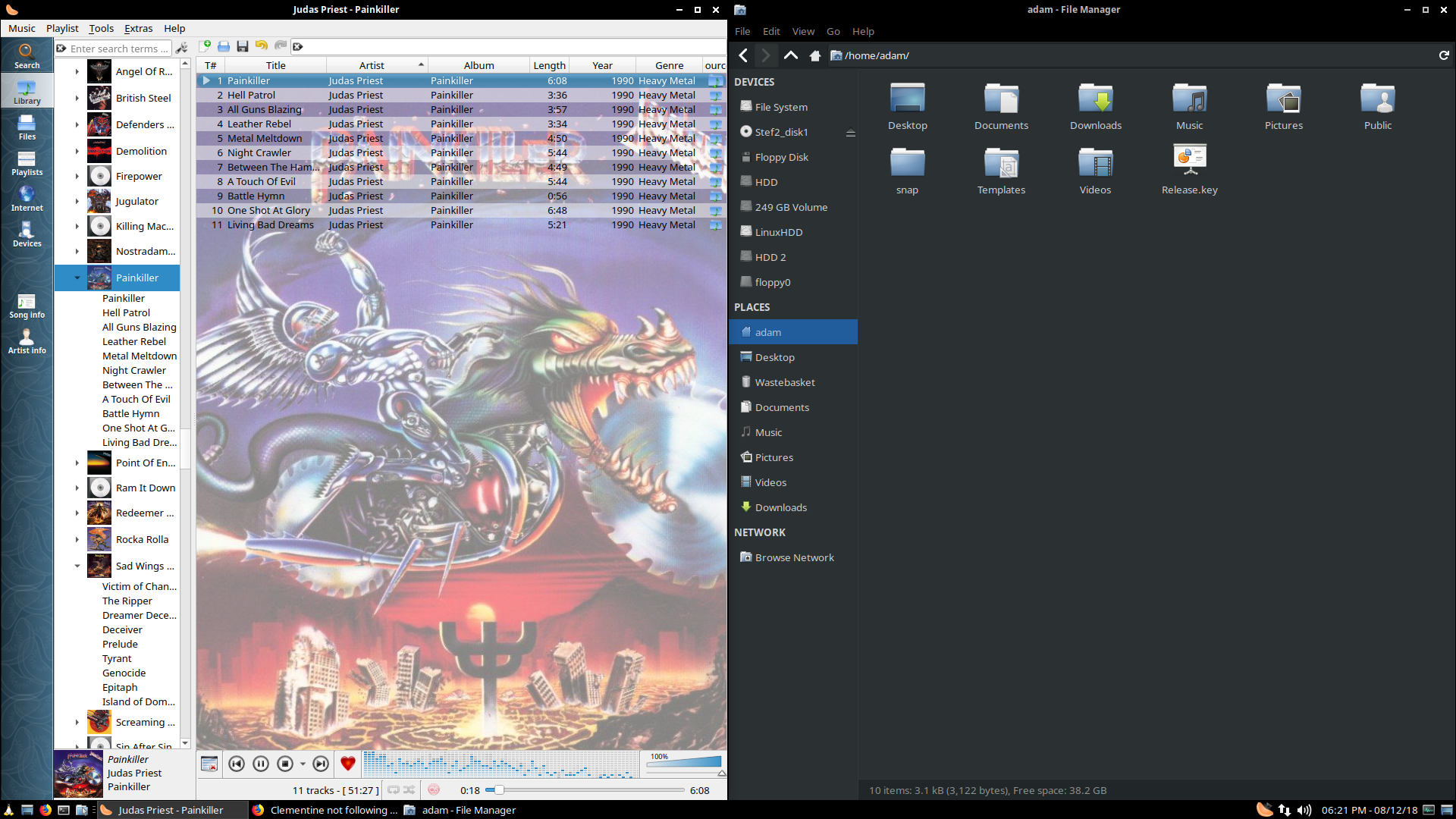 Hopefully someone knows the answer, the lighter theme Clementine is currently using just doesn't go with the rest of my system. Thank you in advance!

Edit: I can also confirm that the same thing occurs on Xubuntu 18.10

Your Clementine looks fine to me, has a proper Qt theme. In my case it looked like Windows 95, so my solution might not work for you. As you had no answer I though this might be useful anyway.

The first might be already installed. The second, qt5ct, Qt5 Settings, is not for Clementine, but for other Qt applications like Qmmp (simple UI), it might prove useful.

The helpful Clementine settings are to be made with Qt4 Settings (qt4-config package, runs as qtconfig) - namely selecting GUI style GTK+. 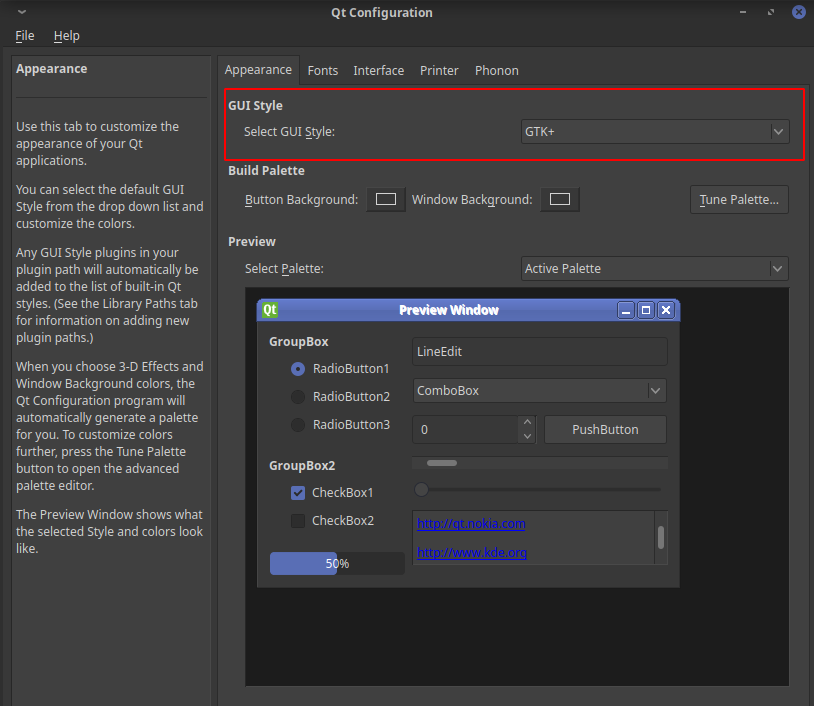 Reboot was needed in my case for changes to be adopted.

As I don't use a background image, it looks like this: 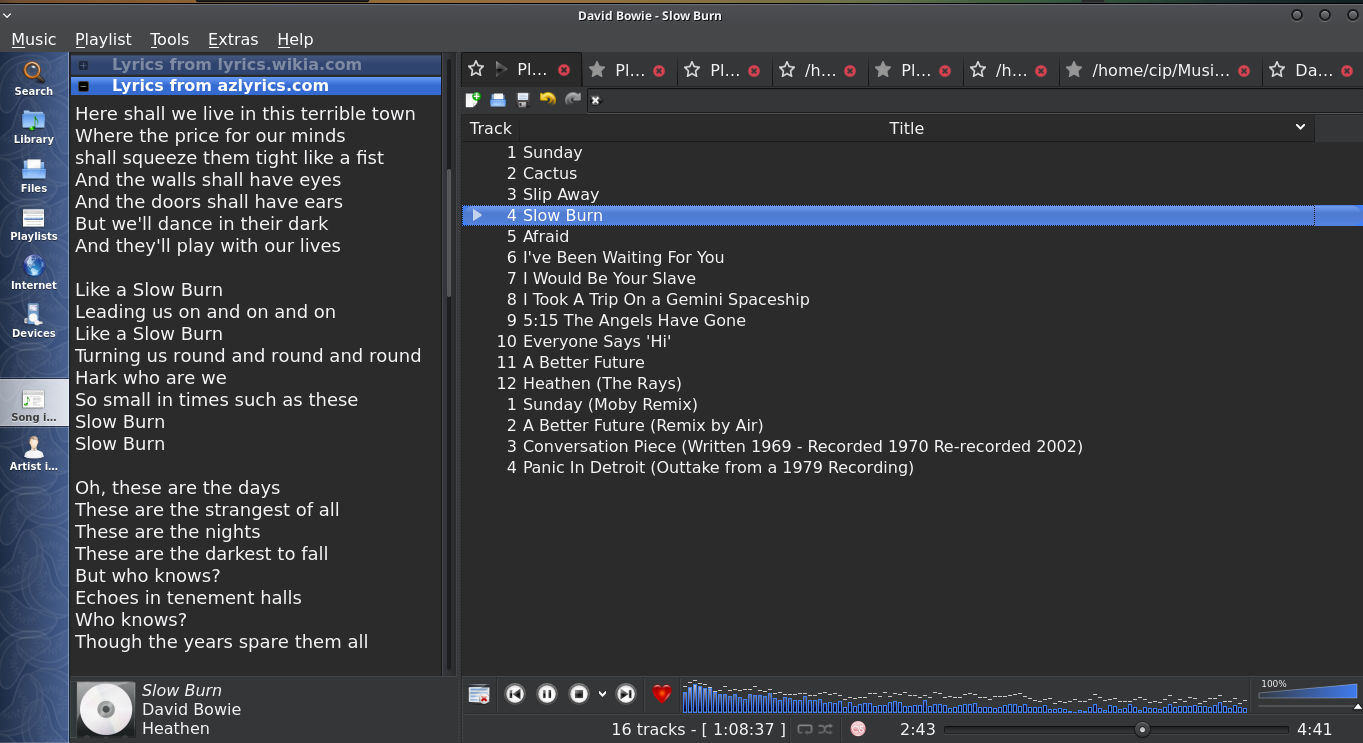 Considering the OP's answer that solved the problem in Ubuntu 19.04, but that doesn't work in previous versions: the question was initially about 18.10, I have tested in 18.04, the OP's solution is in 19.04. That may involve different modes of operation and versions of the Qt settings tools. I do not find surprising that the Qt4 settings tool, not the Qt5 one, is the one that worked in my case, given that Clementine 1.3.1 uses Qt4, namely Qt 4.8.7. The OP solved it in 19.04 with settings made in Qt5 Configuration Tool (qt5ct). I think that is because qt5ct is a newer version in the newer 19.04 Ubuntu, while mine (version 0.34 from Ubuntu 18.04) not only behaves but also looks a bit different: 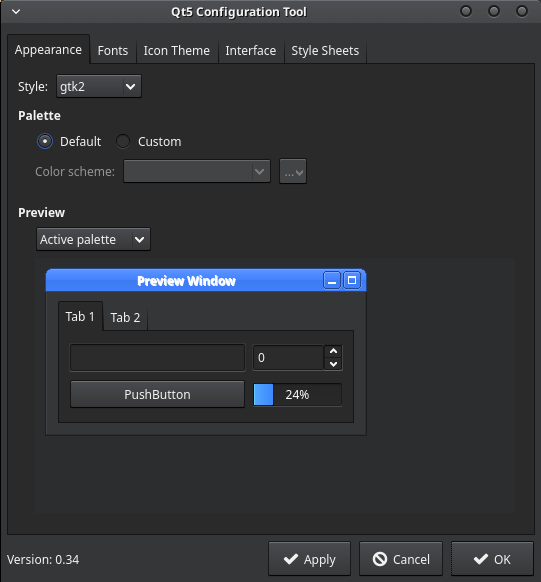 It might be that the newer version of Qt5 Settings has taken over the Qt4 options too.

So I have to tip my hat to @cipricus who got it almost right with the info he had. When I tried his solution on 18.10 the Qt5 Settings wouldn't load, however having tried this on Ubuntu Studio 19.04, I was able to get it to load by just installing:

This then allowed me to run Qt5 Settings and change the style and standard dialogue to GTK2. This seems to have worked for me, however, I am concerned that it is set to GTK2 and I don't have the option to change it to GTK3. 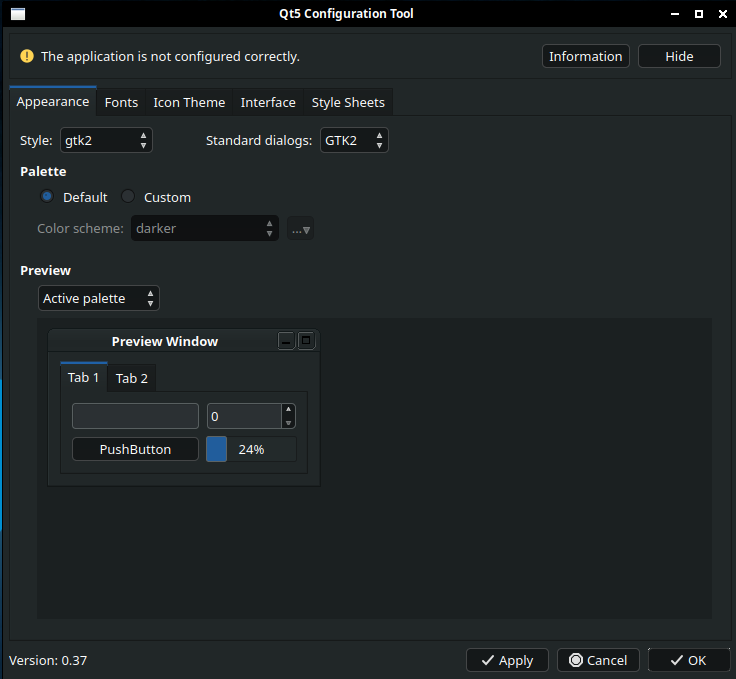 Anyway here are the results with a much nicer (in my opinion) looking dark theme: 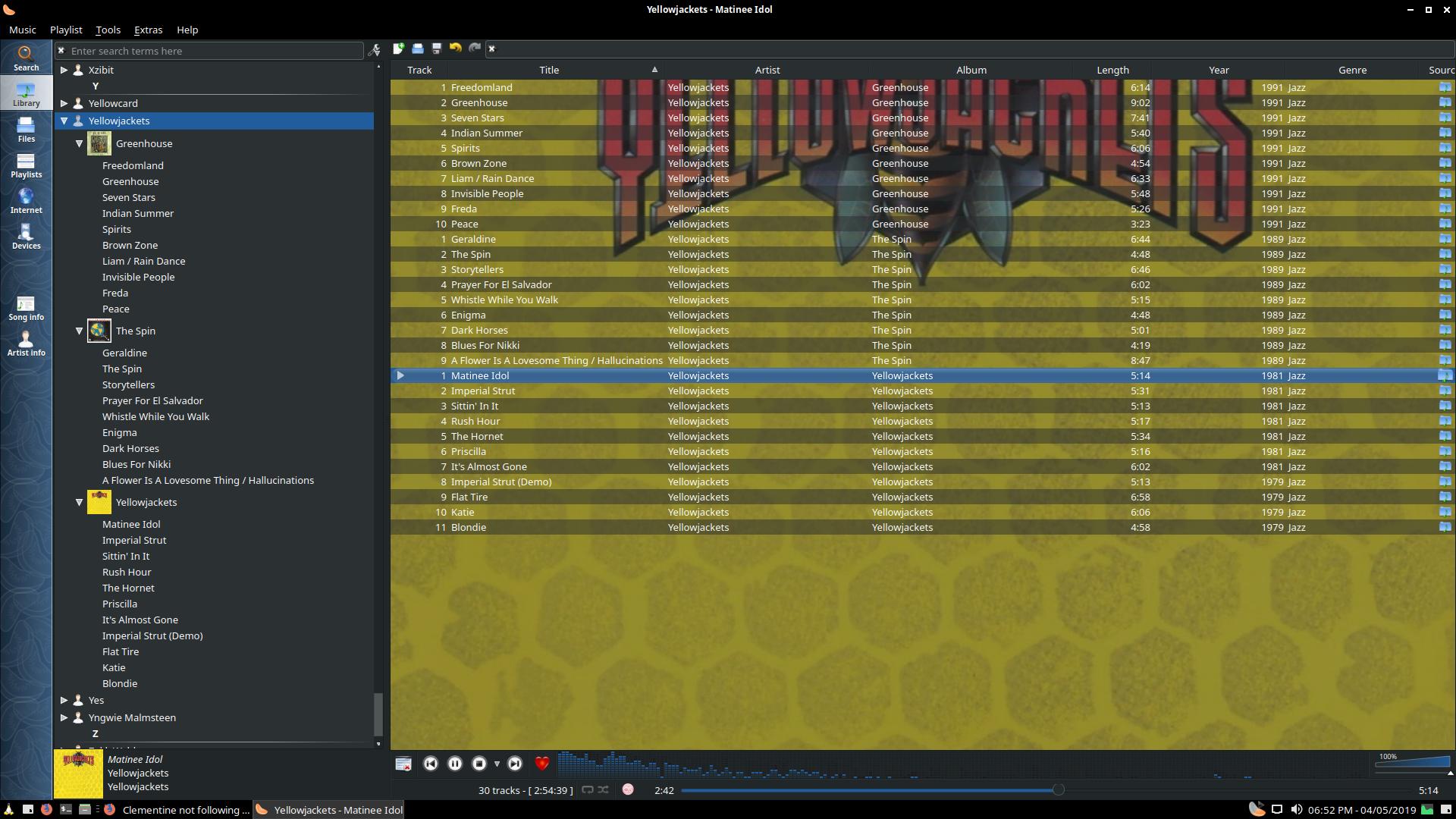 Not the answer you're looking for? Browse other questions tagged themes xfce 18.10 ubuntu-studio clementine or ask your own question.

1
Creating a GTK theme, but Qt and Java apps are not affected, and title bar button layout is ugly
7
How to remove transparency from a GTK theme?
1
Restore original notification icons after uninstalling Xfce
4
How can I change GTK3 themes from XFCE or Openbox?
0
lubuntu panel does not take on system theme colour
0
Can I install a theme meant for Linux Mint[cinnamon] on Ubuntu?
3
Change clementine's colour theme
1
How can I safely remove desktop environments from Ubuntu Studio login screen?