I'm looking for a way to enable mouse navigation on Kubuntu with KDE/Plasma 5.14.3. There used to be a setting for it to enable in the Mouse settings but my Mouse settings no longer have the option with the newer Plasma. 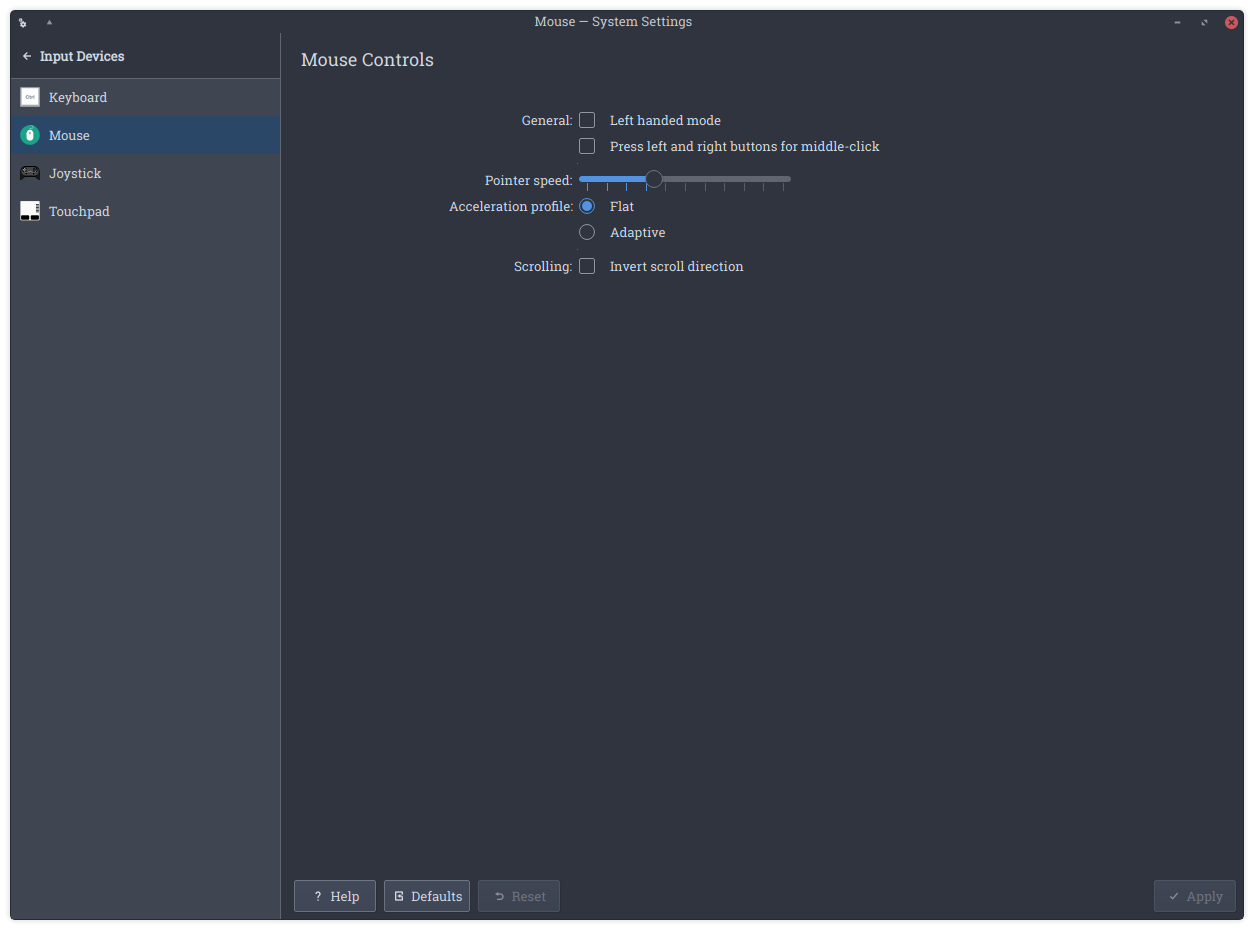 Would there be a way to activate this via terminal?

I don't know if my answer applies to your specific version of plasma, assuming of course that you are still using the same version a year and a half later.

In newer versions of Plasma the 'Keyboard Navigation' tab appears to be under 'Accessiblity', not 'Input Devices'. It is now called 'Mouse Navigation' 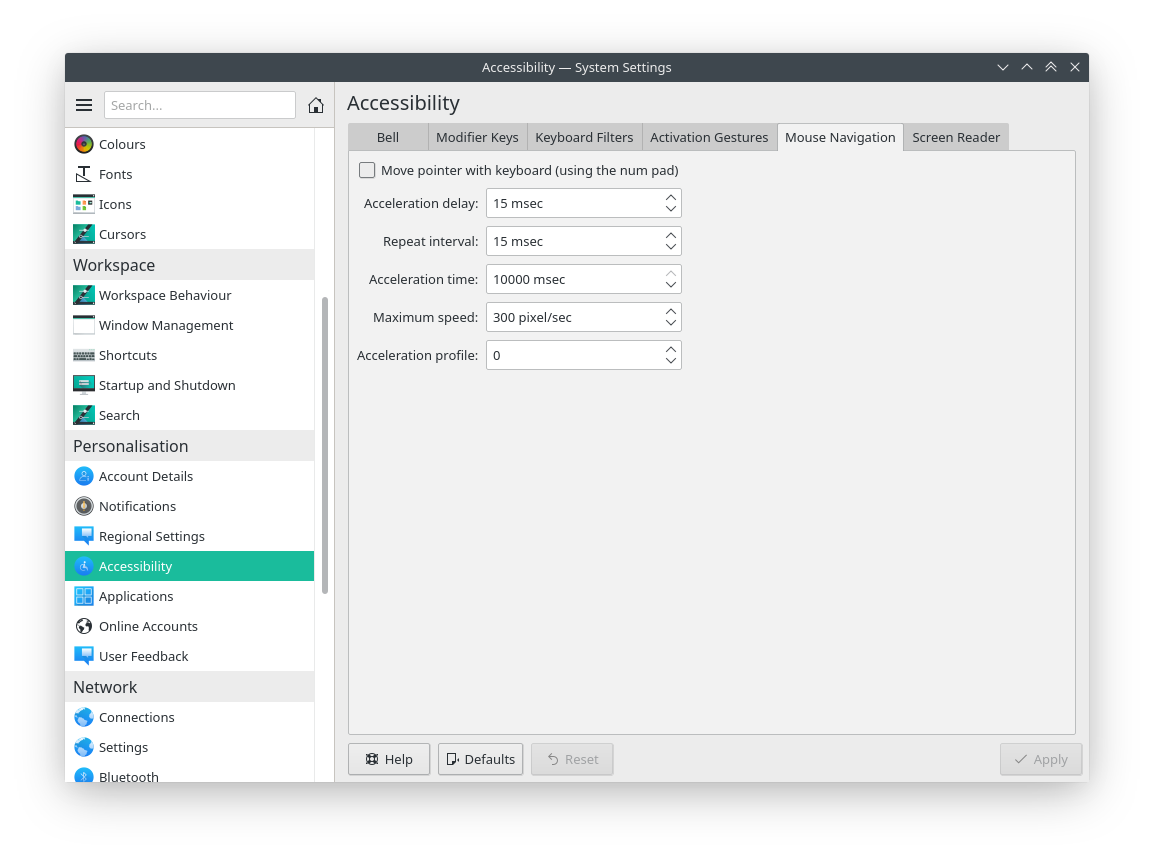 You can turn on Mouse Navigation from the shell using the following command:

or by editing the ~/.config/kaccessrc file manually, as you did, to set MouseKeys to true.

This will enable keyboard control of the mouse when you next log in. If you want it enabled without having to log out, run the following command, which takes 5–10 seconds on my system:

The final & is important as it starts the process in the background and you won't kill the plasmashell if you close the terminal emulator you used to run the command.

The kquitapp5 ... command was given to me in answer to a question I asked about a similar topic.

Not the answer you're looking for? Browse other questions tagged kubuntu mouse kde plasma or ask your own question.