I've used Ubuntu 16.04 on my laptop for more than 1.5 years without major problems, but yesterday it hang during start-up. I spent some time trying to fix it and eventually decided that it would be easier to reinstall, so I downloaded Ubuntu 18.04 and installed that. However Ubuntu 18 is showing strange artifacts on the screen; blinking blocks of light blue dots all over the screen, and sometimes diagonal gray stripes or blocks and/or little cluster of black dots (see for example the screenshot below). It does this on both my laptop screen as well as on my secondary monitor. 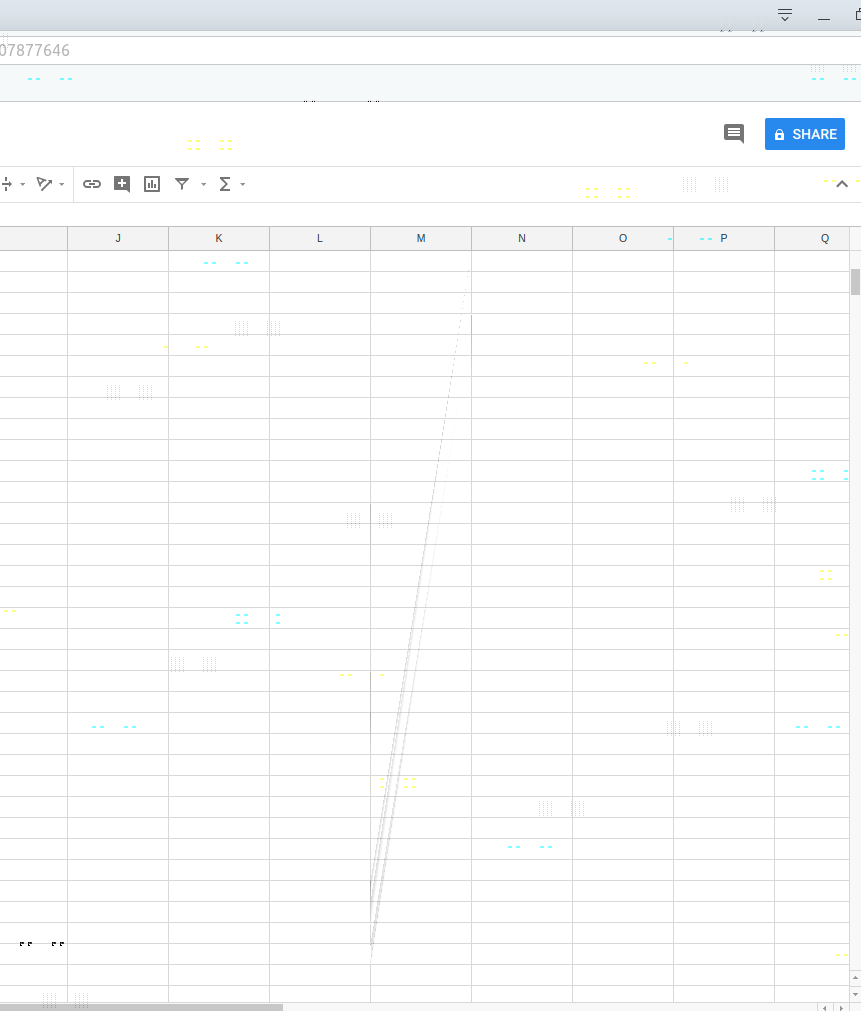 This is what I tried so far to fix it

I did't check what drivers where installed initially, but one of the first things I did was make sure that nvidia drivers were installed using sudo ubuntu-drivers autoinstall

I then tried switching to the X.Org Nouveau driver (via Software & Updates -> Additional Drivers -> Using X.Org X -server). However this caused my laptop screen to revert to a 640x480 resolution and no option to change that (xrandr -q only showed 640x480)

Next I tried adding the graphics-drivers PPA repository and installed nvidia-driver-396. This didn't solve it and even introduced new problems, such as a completely black top menu and background at startup, only to become visible when you click on the 'applications' button in the side bar. I also tried nvidia-driver-410 but that resulted in a completely black screen which I could only fix by booting into recovery mode, purging the 410 driver and reinstalling the 390 driver.

So what else can I try to fix these graphics problem? Or is my only option to reinstall Ubuntu 16.04 again?

After about 2 weeks working with Ubuntu 18 I suddenly realized that my graphics was much improved. The weird artifacts are completely gone. Occasionally I still get a black screen for a second, but that occurs much less often than before.

I'm not sure what happened, but I suspect a particular automatic update improved it. I checked the history.log in /var/log/apt and my guess is it was something in one of the 2 updates below:

Not the answer you're looking for? Browse other questions tagged drivers nvidia 18.04 graphics or ask your own question.