I've encountered an error with the touchpad not working, and the noveau graphics driver being insufficient for Steam.

I will begin by saying this is a post for users who are unable to use Ubuntu on the Alienware 15 (R4). This may or may not apply to other users, but I'm willing to bet this will be useful for others.

First in order to get Ubuntu to detect the Killer wireless card installed on all Alienware 15s in 2018, you should use 18.10, or newer if applicable. I installed on Ubuntu 18.10 and it detected my AC Killer WiFi card with maximum capable speed due to the Intel update in the Linux kernel.

On to the good stuff:

NOTE: I have not found a workaround to fix the Alt+F2, Alt+F1 key sequence, but this will have to be done per boot into Ubuntu. If I find a fix, I will update. 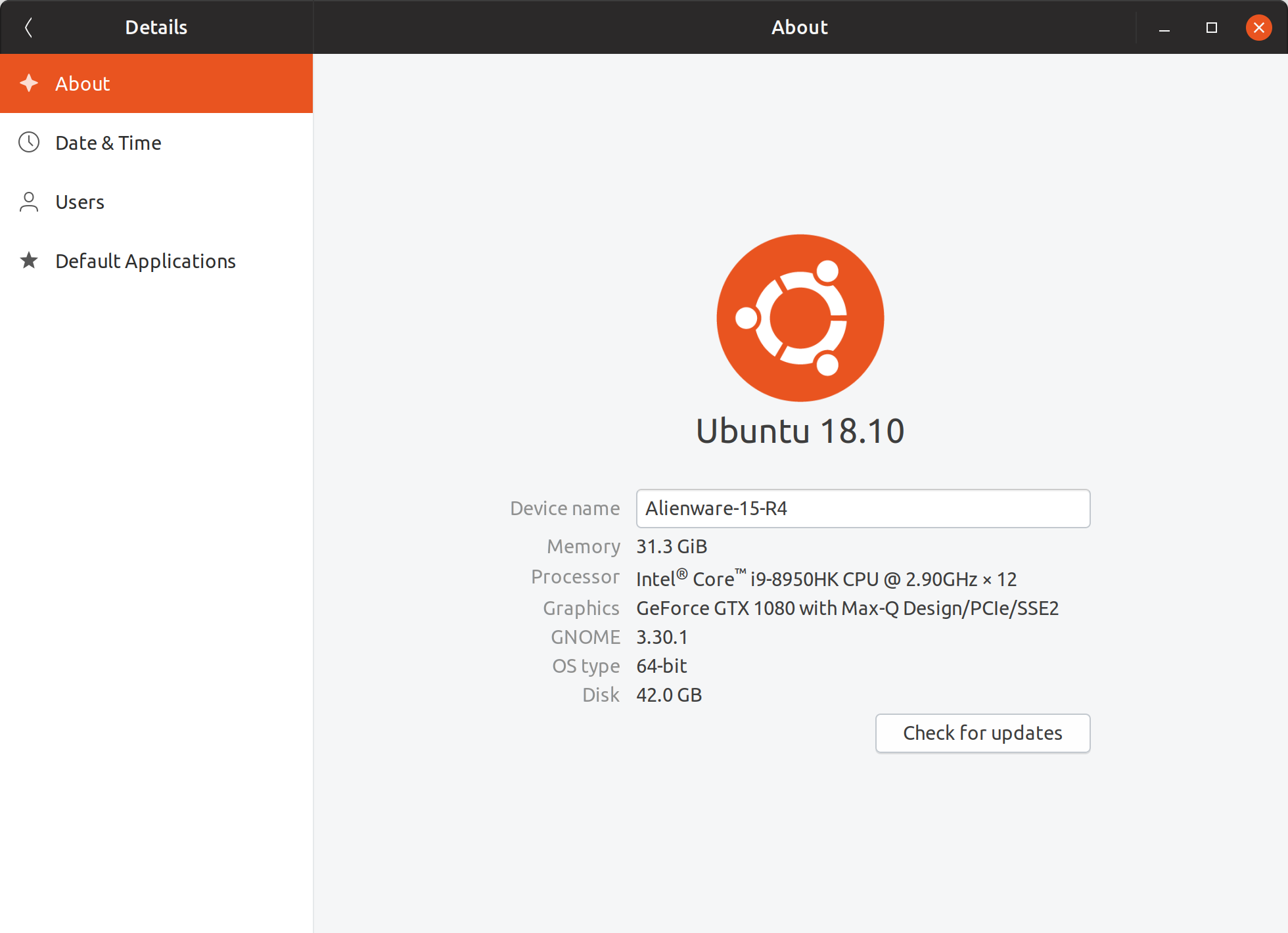 Not the answer you're looking for? Browse other questions tagged system-installation alienware 18.10 or ask your own question.