How to return the menus to Rhythmbox in Ubuntu 18.10 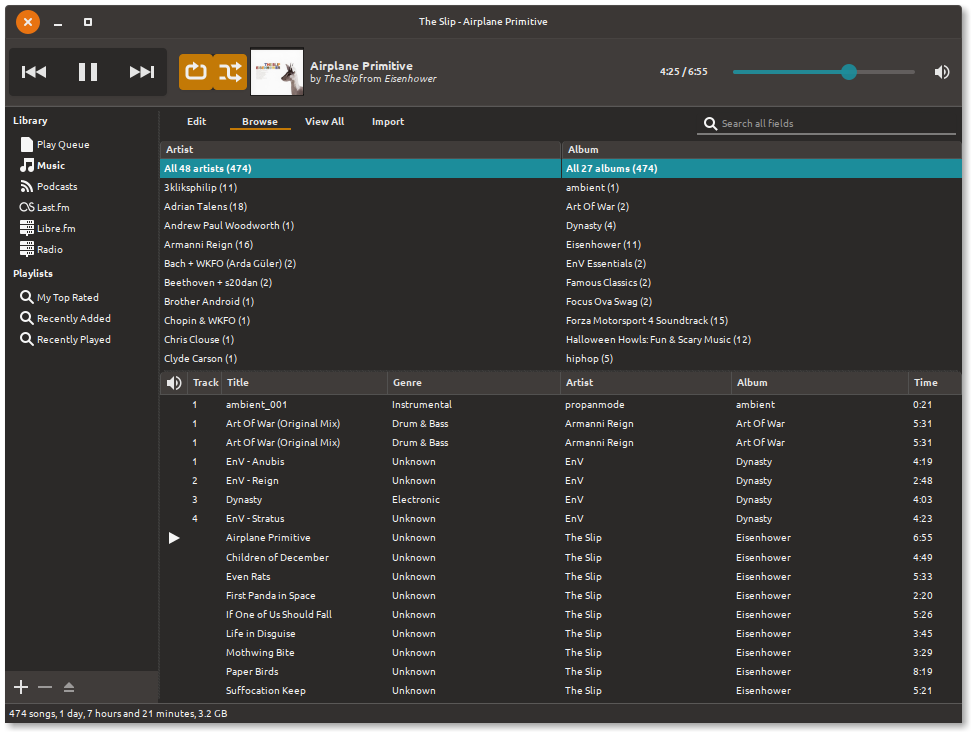 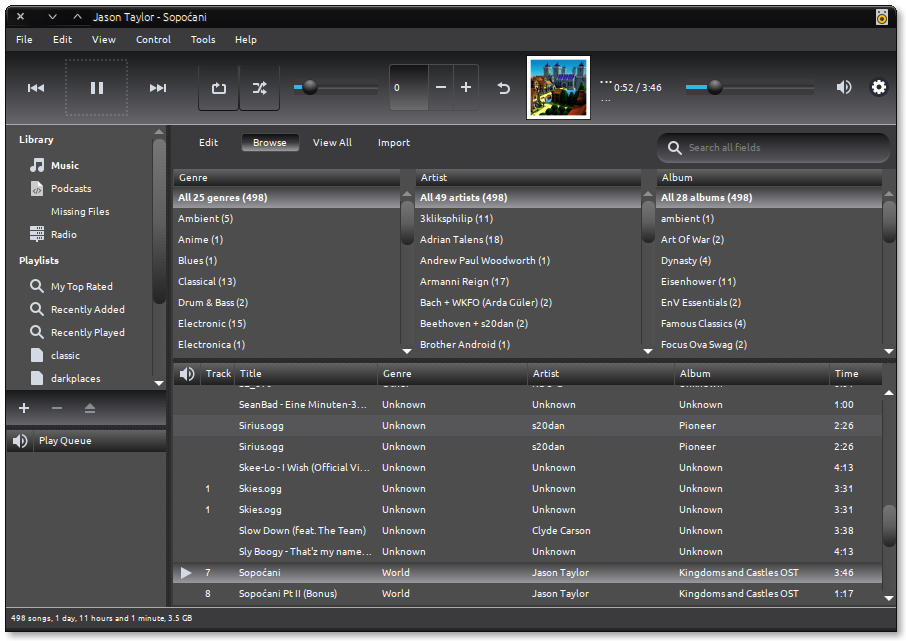 Both Rhythmboxes have a "Speed Control" plugin installed, in the second screenshot it's between the shuffle button and the album art.

However, the other main feature of the second screenshot is the top application menus - File, Edit, View...

These are nowhere to be found in GNOME's layout for Rhythmbox 3.4.2 and these remove a lot of usability from Rhythmbox.

For example, the Play Queue in the second screenshot can only be enabled by View -> Play Queue, but that can't be done in the GNOME layout.

The settings wheel on the right in the second screenshot, beside the volume icon, might be a MATE / GNOME Classic specific extension, but would (in GNOME 3) have contained a lot of the items in the top menus. It's missing in 3.30.1 / 3.4.2 too though. (It's in Totem and Gedit with GNOME 3.30)

I looked in .local/share/rhythmbox and .config/rhythmbox (doesn't exist) for the configuration file to disable the "Minimal" layout (as that could be the cause) but I can't find the file Rhythmbox stores its user preferences in.

No right menu button or top menu dropdowns in GNOME 3.30.1

The menus are in the GNOME panel's application list, right click on the Rhythmbox icon in the panel and the application menu will appear, like with other GNOME apps.

I always forget that the application top menus, and the menus that used to be in the GTK titlebar, have been moved into the panel -- out of sight, out of mind.

Not the answer you're looking for? Browse other questions tagged gnome configuration rhythmbox menu-bar 18.10 or ask your own question.