What is the Kubuntu equivalent of `gdebi` that provides a GUI for installing .deb files?

On Gnome based systems you can install .deb files with gdebi instead of using the Ubuntu Software Center. What is the equivalent package on KDE using Kubuntu?

As a complementary answer in relation to other answers and comments: 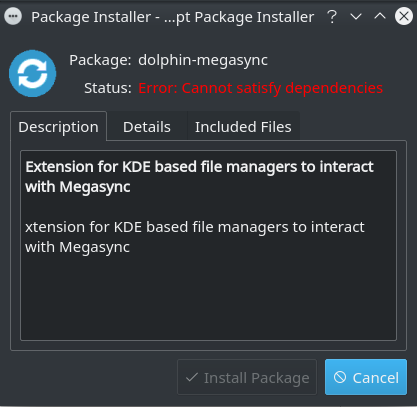 On the other hand (like Gdebi) it tells you what supplementary dependencies are installed when executing a deb file.

Compared to gdebi, Discover is similar mostly in that it is able to install from deb files (unlike something like Synaptic or its KDE alternatives, Muon and Apper). But when it does, it doesn't tell you if and what dependencies are missing (it simply closes), and, even worse, it doesn't list the supplementary dependencies before installing them.

I would also suggest an alternative where, while the deb file is installed with apt in terminal (apt being the program that is run by Gdebi), the action is triggered with a GUI - namely Dolphin file manager - in two possible ways:

~ by associating the deb files with an "application" that would trigger our action, in fact just the desktop file ~/.local/share/applications/install-deb-terminal.desktop, created by us with the form 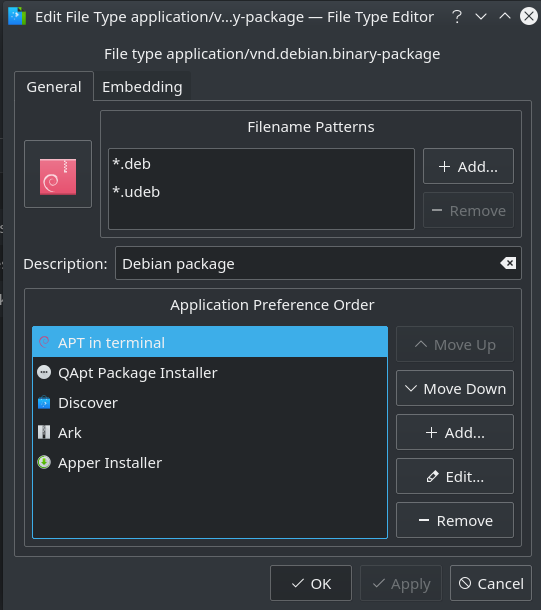 ~ or, by just creating a new context menu in Dolphin for deb files, triggering the same action, with the file ~/.local/share/kservices5/ServiceMenus/install-deb.desktop of the form 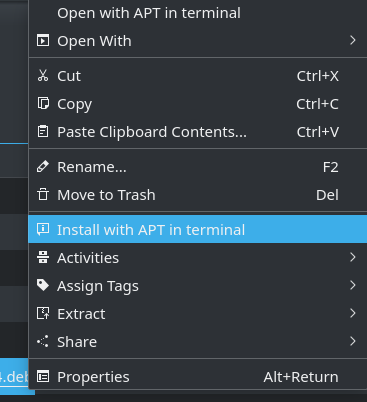 I guess Dolphin qualifies as a GUI for our purpose. The rest is displayed in terminal - that is: missing dependencies, if the case, 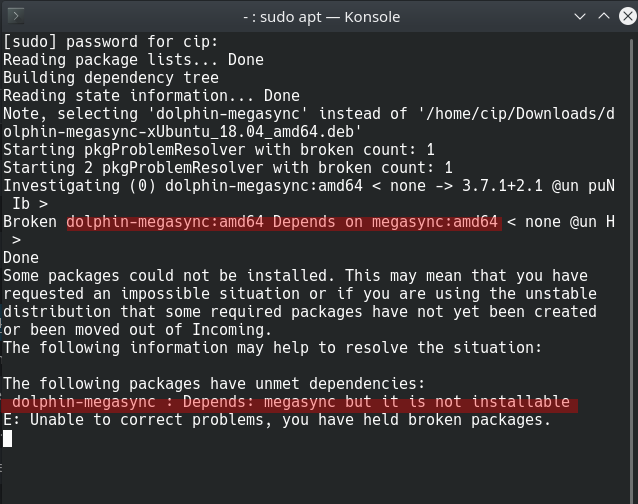 or supplementary ones that need to be installed: 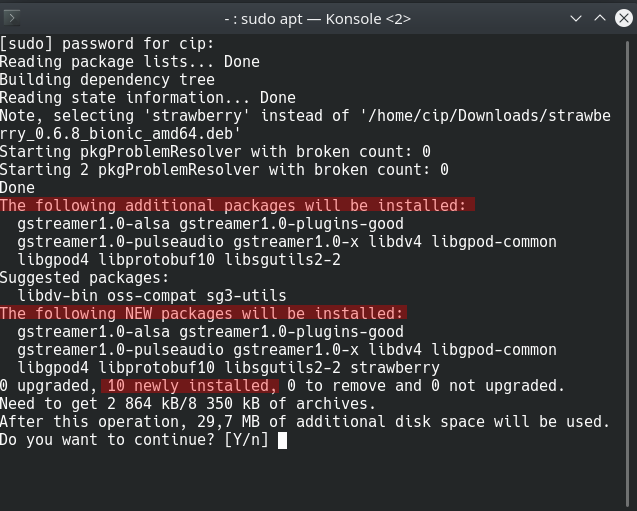 But we do not take any action in CLI ourselves, except entering the sudo password.

[Thanks to @DKBose I found this link where in a question I have presented this solution under a now dead account while I had the same username as now.]

Not the answer you're looking for? Browse other questions tagged package-management kubuntu kde deb or ask your own question.

17
Is it safe to use gdebi instead of Ubuntu Software Center to install .deb files?
5
When installing .deb files, does its PPA install too?
0
deb package are not able to install in Ubuntu 10.10
15
What is the equivalent of gksudo in Kubuntu/KDE?
17
gdebi vs dpkg : How does gdebi automatically gets missing dependancies ? Can I use gdebi for all other installations of .deb packages?
3
What is the difference between installing Kubuntu and Gnome with the Plasma Desktop
2
Installing local deb files with all dependencies
1
Ubuntu Software Center (“Software” program) and “Snap Store” missing on fresh Ubuntu 20.04 install (& can't install *.deb files from GUI file manager)
2
How to install deb files on kubuntu without using terminal?