Can anyone tell me if Ubuntu Budgie 18.04 LTS has an open source driver that supports an NVIDIA Gtx 1050 ti graphics card?

The proprietary Nvidia graphics driver can be installed in Ubuntu 18.04 from the terminal with the following commands:

The ubuntu-drivers autoinstall command installs drivers that are appropriate for automatic installation including their dependencies, and the Nvidia driver will also be updated automatically when an update is available.

The attached screenshot shows that the NVIDIA 390.87 driver is running my GeForce GTX 1050 Ti card.

I installed this driver from the graphics-drivers ppa thusly:

Note: this is what I did, and 384 is supposedly a transitional package; you may be able to install nvidia-390 directly. 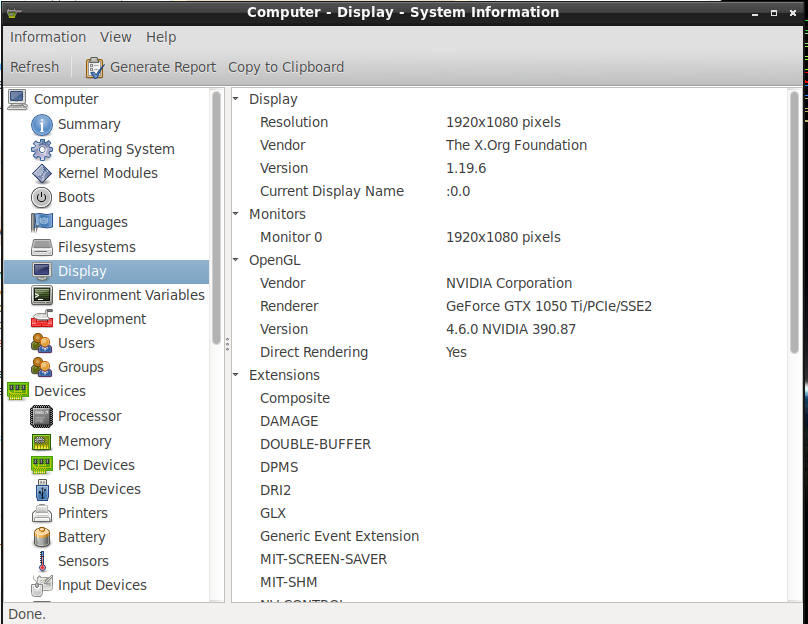 Not the answer you're looking for? Browse other questions tagged drivers nvidia 18.04 64-bit budgie or ask your own question.

172
How do I install the Nvidia drivers?
0
Why videos and scrolling have a low frame buffering(freezing) on Ubuntu Budgie 18.04 LTS and how to fix this?