I was looking for a light and fast software manager for KDE/Qt similar to Synaptic, and Apper is an answer.

Although it is usable, and I find it even lighter than Synaptic, it lacks icons for the buttons of various actions when I am trying to use it in LXQT desktop environment (installed on top of Kubuntu 18.04). 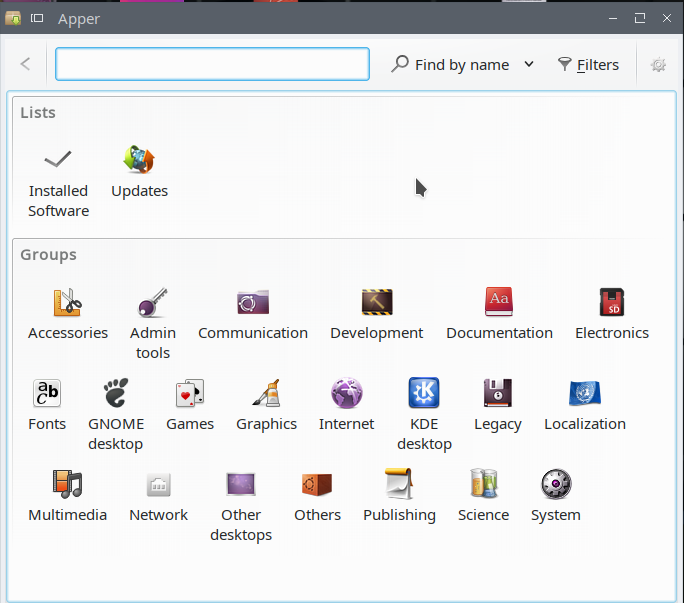 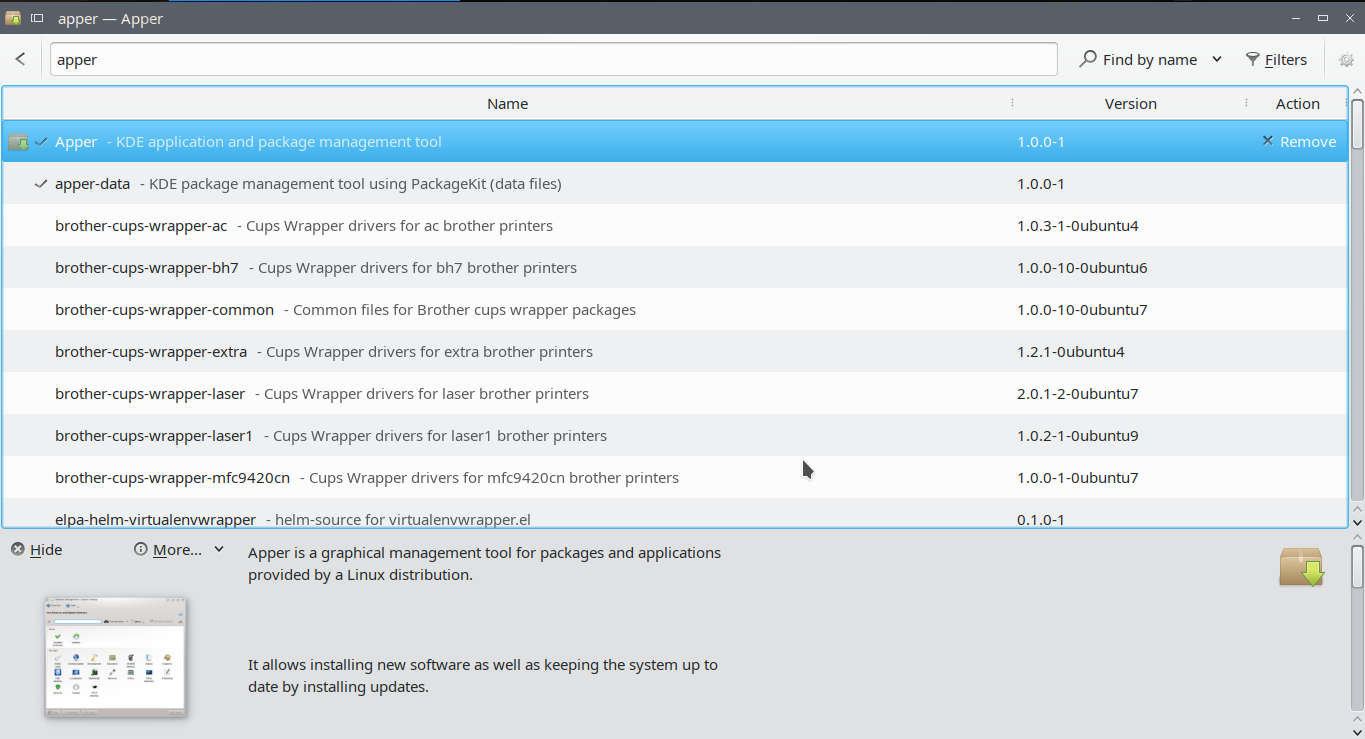 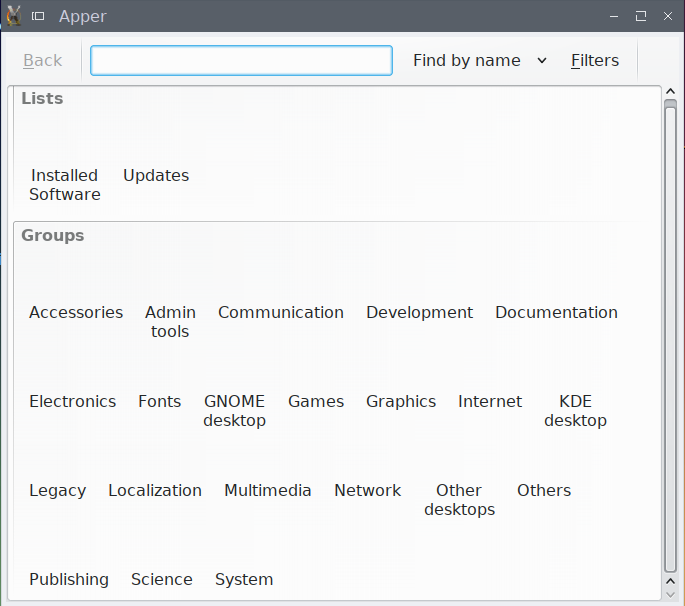 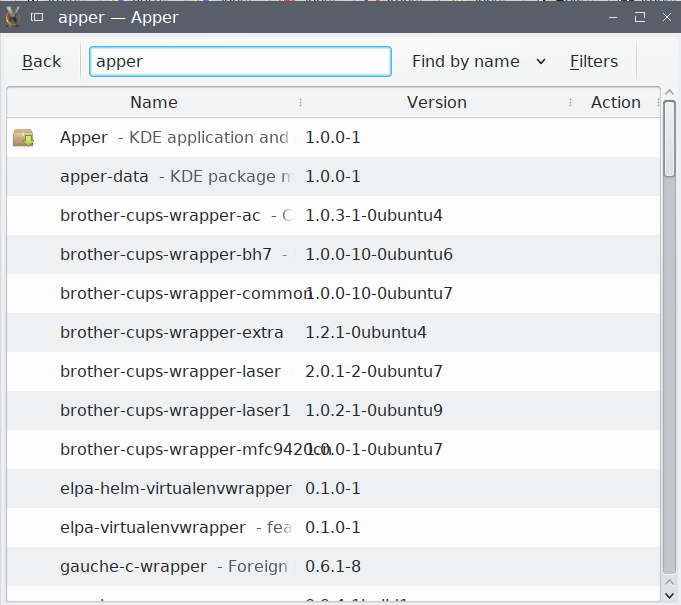 Update after answer suggesting the icon set may be the problem:

I am yet to test in a third desktop environment. I was not able to install it in Mate, for example, due to needed dependencies incompatible with local packages. 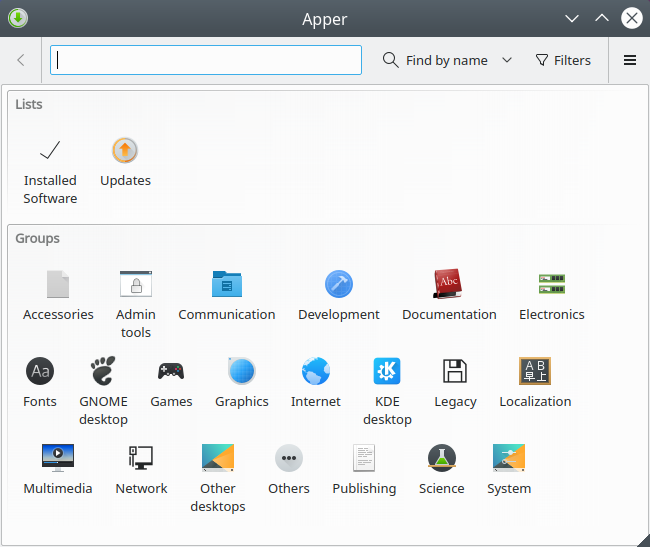 If I look in System Settings > Icons, I have: 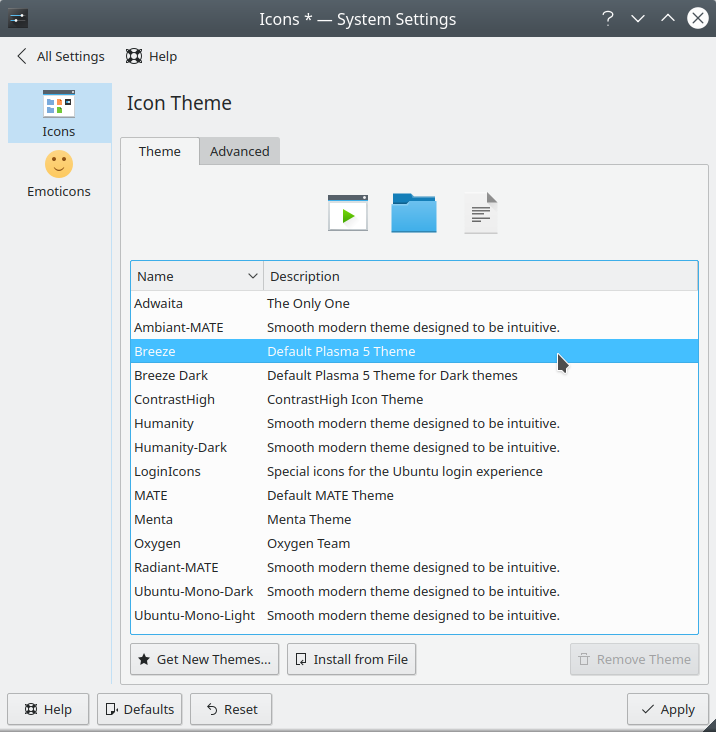 But if I change the icon theme to Adwaita, I see some blank spaces: 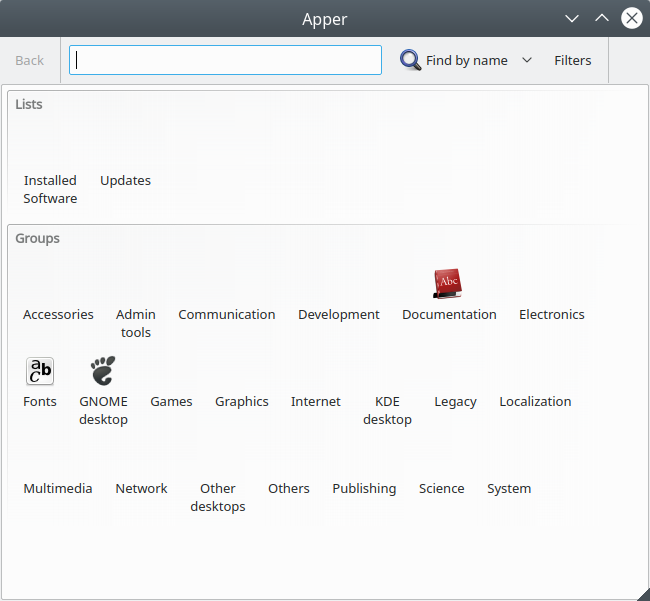 I suggest you stay with Breeze. If, for some reason, it's missing from your system, sudo apt install breeze-icon-theme should make it available.

87
How do I install applications in Ubuntu?
7
What is more reliable - apt-mark or APT-pin (/etc/apt/preferences.d/pin) for version locking?
4
How should I go about setting up 18.04 and lxqt desktop?

3
Computer, Home icons disappear from desktop after reboot
2
How to know what icon is being used in the dock?
10
How do I set custom application icons in KDE?
1
Why is my Lubuntu desktop environment changed to LXQt after upgrading from 18.04 to 18.10?
0
How to configure what starts when inserting a medium in Lubuntu / LXQt?